Japan are feeling the heat going into their boom-or-bust 2018 FIFA World Cup qualifier with Australia, according to J-League-based Aussie Mitchell Duke. 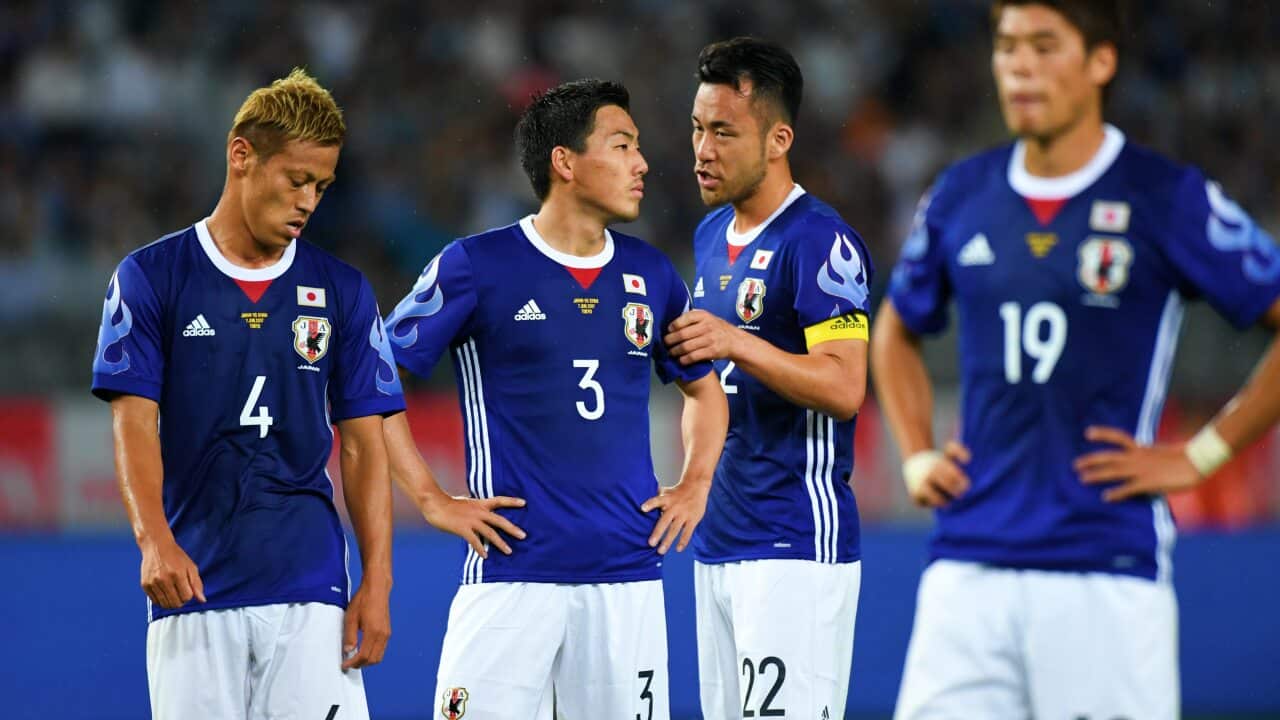 Despite leading Group B qualifying by a single point ahead of Saudi Arabia and Australia with two games left, the Samurai Blue are under the gun from critics after a less than convincing campaign thus far.

With their final group game away to the second-placed Saudis, Vahid Hallihodzic's men cannot afford to freeze against the Socceroos in Saitama on August 31 if they are to seal automatic qualification for Russia 2018 and avoid being forced into a series of play-off matches.

Duke, who has impressed in his 19 league games for Shimizu S-Pulse this season, missed out on a Socceroos recall for the latest installment of a gripping melodrama between two of Asia's fiercest rivals.

Advertisement
But, as a J-League insider, he is perfectly placed to take the temperature of the clash - and believes the blow torch is pointed at Japan.

"I think the critics have been quite tough on the Japanese boys of late," he said. "People have expected a lot better results than what they have been able to deliver in some of the group games.

READ MORE
Socceroos get the chance to make a massive statement

"They were expected to win games more convincingly and not to have dropped points in games they were seen as favorites to win (case in point June's disappointing 1-1 draw against Iraq).

"The coach (Hallihodzic) has been copping it a fair bit and hopefully this will all work in Australia's favour.

"The question is how they will react to that pressure? Hopefully they will come up short."

Despite struggling to ignite, Japan's squad still exudes quality with no less than 11 players based in Europe.

"It's being billed rightly here as their biggest game so far in the group," said Duke. "It's going to be one incredible match with the amount of quality both sides possess.

"Japan are desperate to ease their worries going into the final group game by beating Australia.

"To say they are motivated big time would be an understatement."

While Australia have also lacked consistency on the long road to Russia, their rousing performance in June's FIFA Confederation Cup 1-1 draw against Chile has given the Japanese little reason for optimism.

"Australia really impressed against Chile and hopefully that will have scared Japan," said Duke.

"That showed what we can do ... but either way Japan will take this game head on and will throw everything at us, they have no choice.

"But I feel that Australia will be good enough to withstand all that, and get a result."

With their final group in Melbourne against Thailand five days later, Australia would not be dismayed by taking just the point in Saitama.