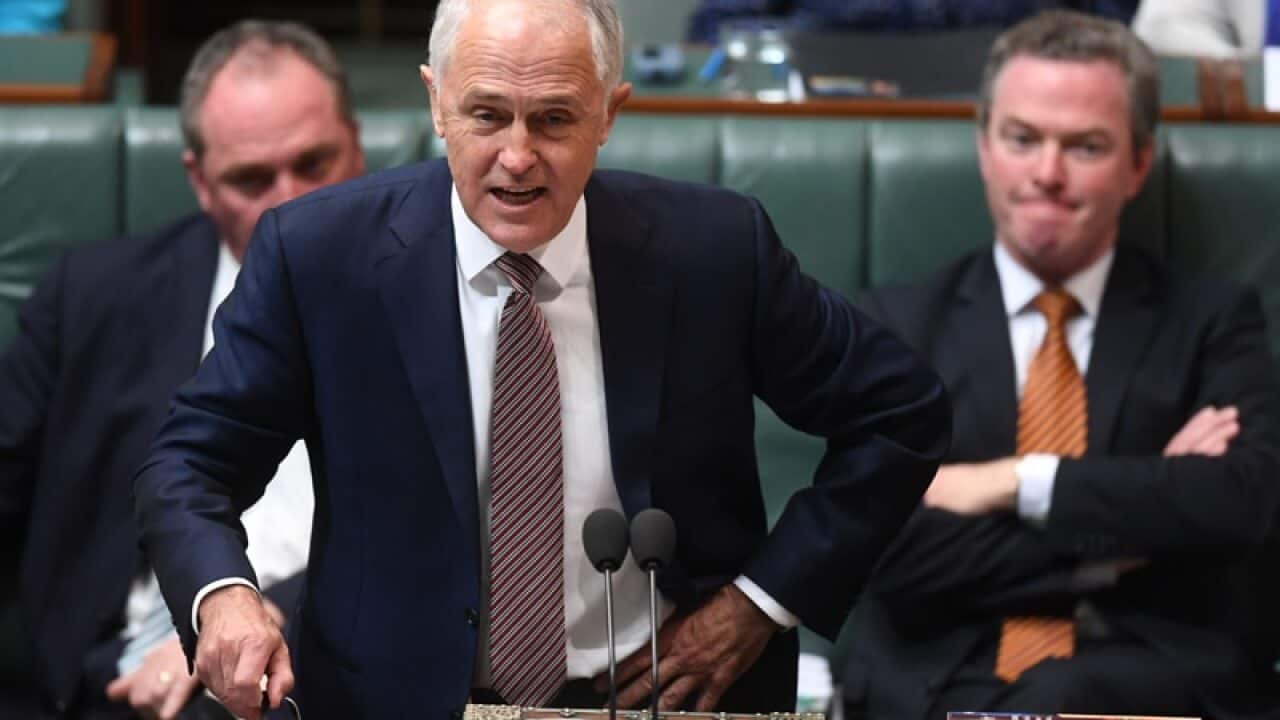 Ahead of a sitting of the House of Representatives, political leaders from both sides of the house delivered lengthy speeches in tribute to Les Murray.

The speeches come ahead of the planned state funeral for Les, scheduled for the Monday of August 14.

The transcripts of the speeches, sourced from Hansard, are below.

I rise to acknowledge the death on 31 July of Les Murray AM, the face of soccer broadcasting in Australia for a generation of fans. Les's contribution to soccer and sport more broadly was remarkable.

On the outskirts of Budapest in the early 1950s, in a small village field, a young Laszlo Urge fell in love with the game of football. He was mesmerised by the geometry, the creativity and the purest essence of the game. In a country then ruled by a harsh, bleak, cruel and Stalinist regime, Laszlo saw his beloved game as a source of enormous joy and hope for his oppressed fellow countrymen.

The Urge family escaped Hungary and arrived in Australia as refugees in 1957. Laszlo would have many a heated argument with his school mates at Berkeley High School in Wollongong as he tried to persuade them that soccer was superior to rugby league—a challenging debate, I would have thought, in those days. This would have been an easier argument to have today perhaps. It was a tough debate in the 1950s and sixties.

Later, he joked that he was rather angry that his father hadn't warned him before leaving Europe that there was a country in the world where soccer was not the No.1 diversion. He, therefore, considered himself a missionary of the game. After having his name mispronounced many a time, Laszlo Urge became Les Murray when he fronted Channel 10's national soccer league coverage in 1977.

It was a chance meeting in the corridors of SBS between the production consultant, Peter Skelton, and the parttime Hungarian subtitler, Les Murray, which gave him the perfect vehicle for his cause as the voice of the fledgling station's football commentary. It was said over his 30-year career Les, with his persuasive arguments and just a hint of his Hungarian heritage still evident in his dulcet tones, put an arm around us and drew us closer and gently lured Australians into the exotic world game.

He often lamented that his late friend, fellow commentator and soulmate, Johnny Warren, was not alive to see the enormous popularity the game now enjoys—Australia's largest club-based participation sport, with more than one million Australians participating at club level, the A-League going from strength to strength, the Socceroos having qualified for the last three World Cups and the Matildas having reached the quarterfinals in the last three World Cups and last week taking out the Tournament of Nations.

The fact that Australians are speaking less about soccer and more about football is a testament to Mr Football's persuasiveness and achievements. In 2006 they were formally recognised when Les was appointed a member of the Order of Australia. We can safely say that Les Murray turned Australian hearts to football. To Maria, his daughters, Tania and Natalie, and their families and to all who knew and loved him, I offer the deepest sympathies of this parliament and our nation. Farewell, Les Murray. You were a true champion of the beautiful game.

I thank the Prime Minister for his words then. Australians love their sport. We love the great sports commentators. The really great commentators—the ones most treasured—never sound like they are at work, do they? Not for a minute do they give you the impression that they are just someone turning up to do a job in a journeyman fashion. Instead, the really great sporting commentators impart that unbridled joy of being in the presence of what they love most in the world and being able to share it with others.

Les Murray was a really great commentator. His was a voice counting his blessings. He treated every minute, you sensed, as a gift and as a new opportunity to educate Australians about the superiority of what we always call 'the world game' even if, deep down, he knew it was 'the beautiful game'. House by house, broadcast by broadcast, immaculate pronunciation by immaculate pronunciation, he continued his unstinting fight against the use of the word 'soccer'.

Les saw himself as a warrior for the underdog—for a game starved of attention, squeezed between other codes and unfairly tagged with stereotypes. Yet, in his lifetime, he lived to see the emergence of the ALeague, the rise of the Matildas and, after so many years of disappointment and defeat snatched from the jaws of victory, the return of the Socceroos to the World Cup. It was at World Cup time that Les's star always shone brightest, when millions of us climbed on to the bandwagon, joining him and his great mate Johnny Warren, sharing in all their despair and delight.

Les's colleague and dear friend Craig Foster wrote last week about Les: 'Les always said that he put football on Australian television not to teach us about football, but to teach Australia about the world.' In fact, that's what Les did all his life, not just as a commentator and a champion for the round-ball game but also as a fearless, unstinting advocate of multicultural Australia.

Les, who came to this country as Laszlo Urge, a refugee from communist Hungary, never forgot the courage of his parents, who took that leap of faith, or the generosity of the nation that took him and his family in. Like millions of others who have joined us as Australians by choice, Les Murray was a powerful proof that you can be equally proud of your heritage and of your new home and that love and loyalty of country could be shared without being divided.

Today we remember a pioneer, a patriot, a family man, an enthusiastic vocalist in the short-lived The Rubber Band, and a person never happier than when humbly serving the sport that he lived for. His memory and his legacy will live long. May he rest in peace.