Eighteen-year-old Jamie Murphy, who recently trialed with A-League club Perth Glory, has been released from a Balinese jail after he was originally held on suspicion of possessing a small amount of drugs and faced up to 12 years in jail if charged and convicted. 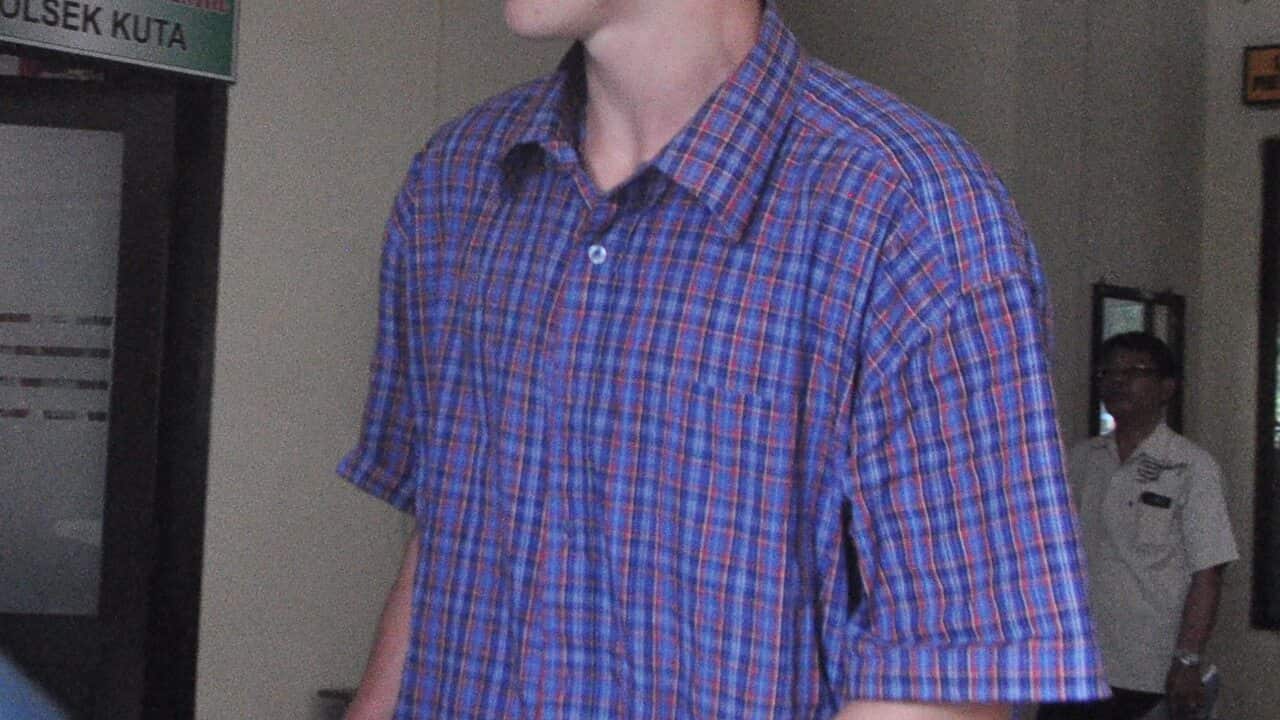 Murphy has walked free from a Bali police station, less than 48 hours after he was arrested with "excessive force" at a Kuta nightclub for carrying a white powder.

The 18-year-old said nothing as he was led through the waiting press pack on Wednesday night and towards a silver car parked at the entrance of the police station in Kuta.

It is unclear when the teenager is expected to leave Bali, with his lawyer Dessy Widiantari adding he will "hopefully he will fly back tomorrow [Thursday]".

Advertisement
Murphy's release brings to a close a tumultuous 45 hours for the teenager.

Having arrived in Bali on Sunday night with two friends celebrating graduation, the teenager was arrested at the nightclub Sky Garden just before 1am local time on Tuesday.

Police said he had been discovered around 1.6 grams of white powder they suspected was heroin or cocaine - an offence that carries with it a maximum of 12 years in prison.

But by Wednesday afternoon, they said test results of both the powder and the teenager's urine had come back negative.

It was the "first time" the police station had experienced negative results such as this, he added.

Describing Murphy as "very lucky", Chief Sumara said the teenager had bought it off a man on the street who told him it would "make him feel good".

"He then tried it in the room, he drank, mixed it together."

This made him feel nauseous, the policeman added.

Murphy, who most recently played for Bayswater City in Perth, protested his innocence immediately after security allegedly found him with a small amount of white powder in his bag, saying "I don't do this, I only drink," and "It's not mine. I swear to god."

Murphy's parents flew to Bali to be with their son as Foreign Minister Julie Bishop confirmed consular staff contacted the 18-year-old and met with him within hours of the arrest.

Bayswater City president Gerry Maio, said he had spoken to the teen's mother who was overwhelmed by what had happened.

"Of course she was in tears as any mother would be," he told ABC radio.

"It's very hard to gather everything together."

He described Murphy as a wonderful young man and wonderful athlete and the allegations were uncharacteristic of him.

"He was a very promising athlete in our sport, I haven't even seen him with a bottle of beer in his hand," Mr Maio said.