Protecting Tom: How to handle the Premier League’s newest sensation?

Two months ago, Tom Davies was just another kid kicking around in Everton's youth academy at Finch Farm, a 30 minute drive outside central Liverpool. 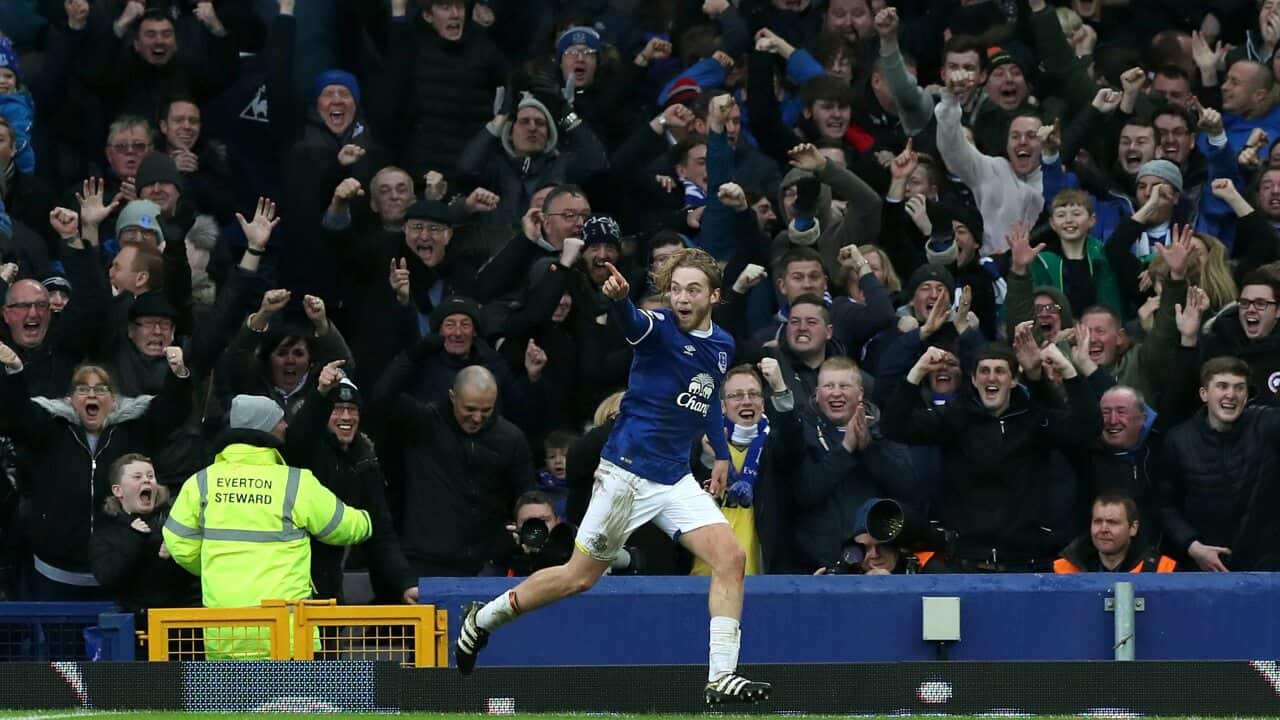 Today, he is probably second only to Marcus Rashford for the title of most valuable English teenager. It’s amazing how quickly the football world turns. Truly, even a bit frightening.

To put it in transfer terms, if Rashford is worth £35 million or so, then Davies has a bounty on his head that is already up to at least half of that. Probably two-thirds.

But it’s pointless talking about transfer value at the moment. To his club, right now, he is almost priceless. You almost can’t buy a English-born talent like this on the open market - the price-to-proven-performance ratio is ridiculous. Just think about what Everton paid (£11 million) for teenager Ademola Lookman from the third tier earlier this month.

Advertisement
These are crazy, crazy times in world football, but the prospect of a talent capable of thriving at the elite level for a decade or more means these sorts of figures are no longer grounded in fantasy.

Believe it or not, on Saturday, Davies made just his 10th Premier League appearance.

It was a wet, muggy day in south-west London, but the 18-year old was the dominant player on the park as Everton clinched a last-gasp winner against Crystal Palace.

When the game had to be won, he had the wherewithal to keep his head, hold the ball and play it into space for Seamus Coleman to blast home.

But it was the week before that saw the football world wake up and really take notice. With his socks around his ankles, scruffy hair, unshaven beard, his mid-1970s look was already hard to miss.

Facing up to Pep Guardiola's Manchester City, Davies was again the pre-eminent player, positioning himself in front of the back four to break up play before rising as the fulcrum of the counter-attack, embarrassing players who earn multiples of his salary - in the hundreds of thousands.

But then at 2-0, having already set up Romelu Lukaku for the opener, Davies’ signature moment arrived: audaciously chipping Claudio Bravo from a tight angle, in front of the Gwladys Street - a delirious mess at the unexpected thrall of the moment.

After celebrating with his teammates, the teenager couldn’t help himself, throwing himself into the arms of the fans of the club he supported.

In that moment, it was impossible not to hark back to Wayne Rooney against Arsenal in 2002. It's a strike that, for all the better ones since, remains his most profound; the extraordinary confirmation of a generational talent, framed by Clive Tyldesley’s immortal addition: “Remember the name!”

Since Rooney’s departure, others have threatened to fill the void at Goodison Park but none have completely managed. Ross Barkley has gone closest. No club in England is more besotted – or just downright obsessed – with its local heroes than Everton.

But it is about here that we must press pause and gain some context. A handful of games. Just a local kid. Far, far from the finished product.

Who else is in Everton’s central midfield? Only a cast of European internationals: new signing Morgan Schneiderlin, the evergreen Gareth Barry, a revitalised James McCarthy, the bullish (but currently injured) Muhamed Besic, Darron Gibson and Tom Cleverley (although he’s been sent to Watford on loan). Nothing is assured for the young lad – least of all his starting position.

Ronald Koeman, who brought through so much talent at Southampton, looms as the right manager to extract the best from Davies.

But England being England, the wheels of excitement have already started turning. Furiously, in some cases. Just watch: a national team call-up will be the next suggestion.

The challenge for Davies, but more broadly for Everton and the English game, will be to keep the youngster on a steady track. Not cocooning him per se, but not pushing him front and centre just yet. The trick is about balance.

Too little exposure, and the step up becomes too great. Too much, and the burden will soon appear obvious. The England under-19 team, who he's already represented twice, should retain his international focus for a little longer.

Equally, it’s too early to put a dampener on the lad. His talents are obvious; the joie de vivre style absolutely infectious and his personal grooming a welcome change to the Premier League’s overly-preened stars.

What we’ve seen of Davies is enough to make anyone excited. These are early days, but let’s hope his name, too, is one worth remembering.