PSG through in French Cup as Nantes crash out

Holders Paris Saint-Germain accounted for St Etienne 3-1 to book their place in the Coupe de France semi-finals but there was no such luck for Nantes who were bundled out by lowly Sochaux. 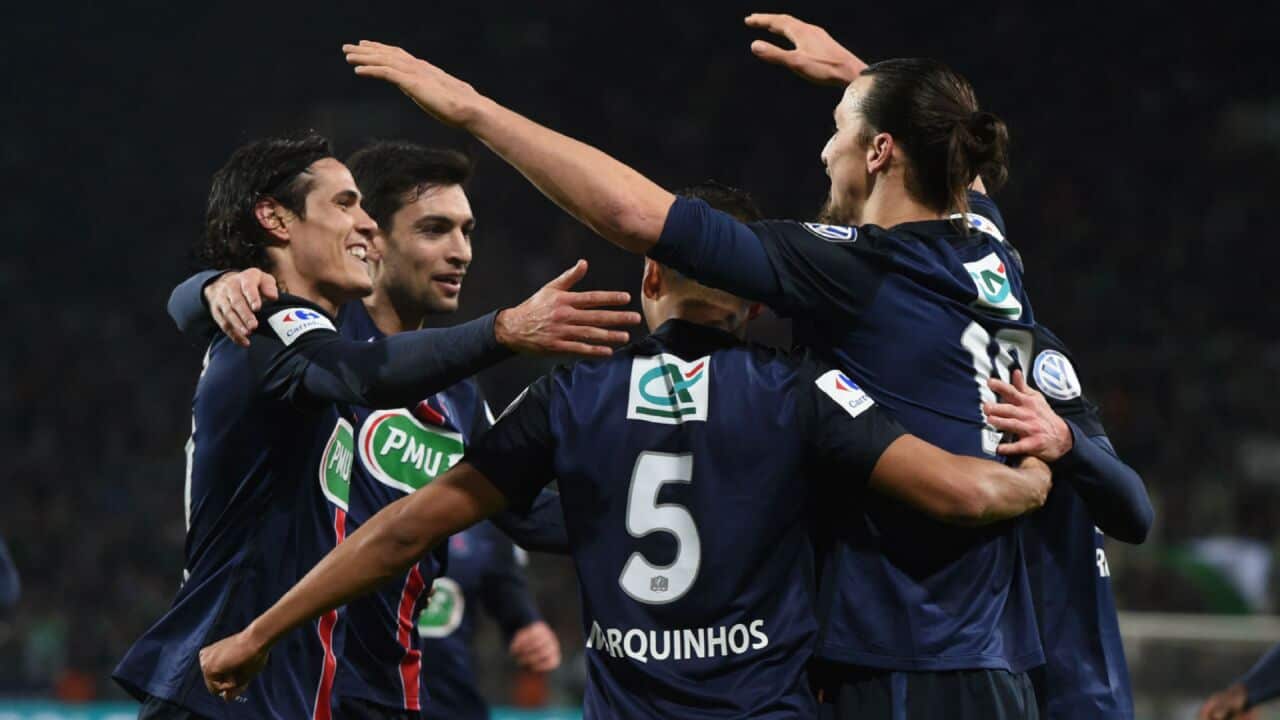 PSG, who beat Auxerre in last year's final, put last weekend's first league defeat of the season behind them to take control of their quarter-final tie with first-half goals from Edinson Cavani (12) and Marquinhos (34).

Valentin Eysseric's 42nd-minute penalty after Layvin Kurzawa's foul on Kevin Malcuit gave St Etienne brief hope, but Lucas Moura made sure for PSG in the second minute of time added on.

Sochaux reached the last four in thrilling fashion and claimed their third Ligue 1 scalp in the competition by beating Nantes 3-2 after extra time.

Advertisement
Nantes defender Guillaume Gillet's fifth-minute goal appeared to have been enough for his side, but striker Moussa Sao fired an 87th-minute equaliser to rescue Sochaux, relegated from the top flight in 2014.

Midfielder Sekou Cisse edged the Ligue 2 side ahead eight minutes into extra time and Sao added his second in the 106th minute before Nantes' former Leeds midfielder Adryan (116) ensured a nervous finish, only for Sochaux to hold on.

Lorient booked their place in the last four with a comfortable 3-0 home win against 10-man Ligue 1 rivals Ajaccio.

Romain Philippoteaux put Lorient ahead in the ninth minute and midfield team-mate Maxime Barthelme doubled their advantage two minutes before the interval.

Ajaccio were reduced to 10 men on the stroke of half-time when defender Roderic Filippi received his second yellow card and defender Pape Abdou Paye added a third for Lorient in the 90th minute.