It rained goals in the National Youth League final at Bluetongue Stadium and it was Sydney FC who prevailed 5-2 over Adelaide United in an end-to-end contest. 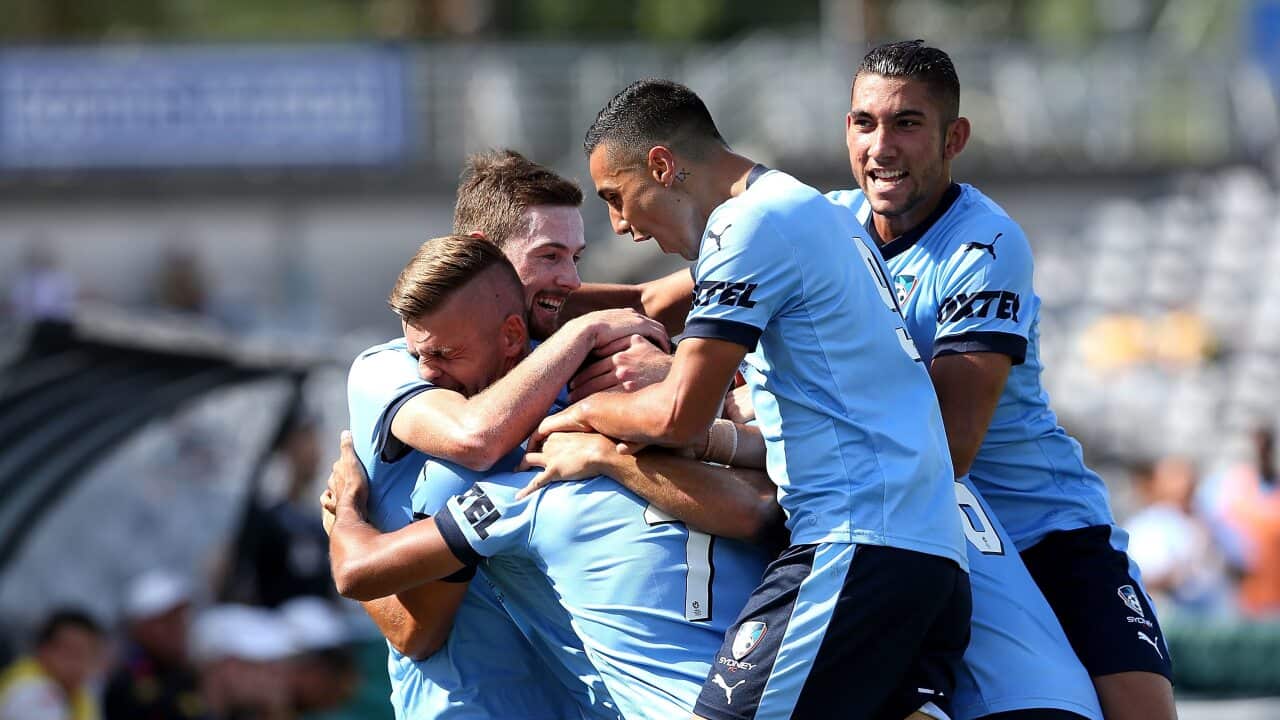 The scoreline was perhaps harsh on Adelaide United but the Sky Blues fully deserved their victory.

Alex Mullen was signed by Sydney as a "mature aged rookie" and although he hasn't seen any top division action in the A-League, he was pivotal to this win.

Advertisement
Mullen played up front rather than in his more natural midfield position, and he opened the scoring with a well taken finish with only 12 minutes on the board.

Adelaide United goalkeeper Daniel Margush, who made a shock A-League debut a fortnight ago and was on the bench in Brisbane last night, was forced to save a free kick from Max Burgess, before Chris Zuvela doubled Sydney's lead, finishing after a wonderful run by the lively Daniel Araujo.

Jacob Tratt's own goal gave Adelaide United hope, but it was snuffed out before the break when Burgess lashed in a left-footed shot from the edge of the area.

Mullen powered a free header past Margush early in the second half and when Cristian Gonzalez scored directly from a corner before the hour mark, all hope was gone for Adelaide.

Samed Altundag's goal was well taken after a lapse by the Sydney defence, but it was nothing more than a consolation.