Ranieri now the 'Sausageman' as Leicester continue to sizzle

Leicester City boss Claudio Ranieri believes he has gone from the 'Tinkerman' to 'Sausageman' as the Foxes' amazing Premier League title campaign reaches an exciting conclusion. 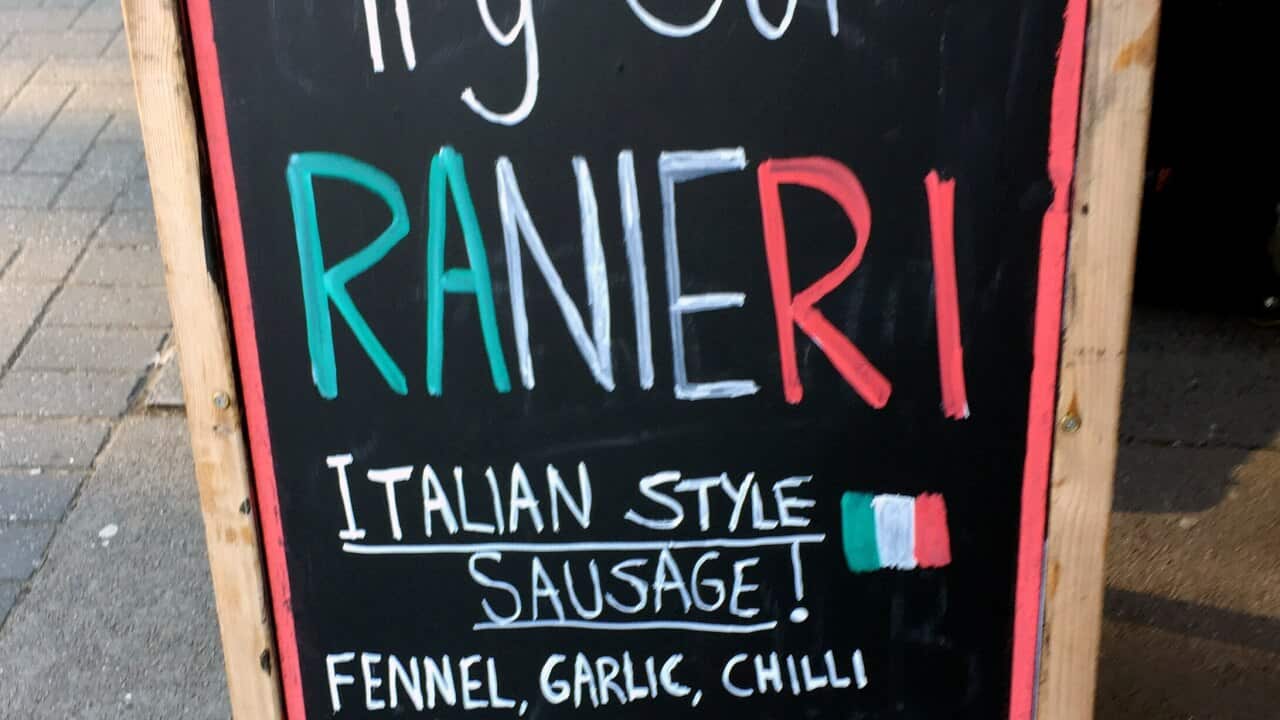 Leicester manager Claudio Ranieri has had a sausage named after him by a city butcher Source: AAP

City butchers W Archer & Son have created a Ranieri sausage in his honour with the Foxes top of the EPL and five points clear.

Owner Sean Jeynes has included 'fennel, garlic, chilli and a hint of Champions League' in the ingredients but has kept the exact recipe a secret to avoid copies.

Leicester go to Crystal Palace this weekend with the chance to extend the gap to eight points before Tottenham Hotspur host Bournemout.

Ranieri bought his players pizza when they kept their first clean sheet of the season against the Eagles in October and he believes his new sausage is far from the wurst.

"It is only this sausage. I am the Sausageman. It is a good sausage. If there is enough chilli, it is good," he said.

"You bring the sausage to everybody. I pay for pizza, you pay for sausage."

Ranieri feels their title rivals still have the potential to win all their games but he believes the Foxes can as well, although he is only focused on Crystal Palace.

"Yes, also Leicester could win that but we have to take it match by match," he said. "If you look what we do against Crystal Palace the first time, we won, against Southampton we drew.

"If we make the same points that's not so bad. I don't look at the table, believe me. I don't see which teams the other favourites are playing against.

"I look only at Crystal Palace now. The others are words and with words you don't achieve points.

"Then for me it's not good. I am a pragmatic man and a solid man and I want them to work the right way. Then I can accept all the results."

And after Leicester reached 40 points earlier this season Ranieri hinted he wanted 79 points but admits now they may need more to win the title.

"I think we need a little more," he said. "We need an extra. We have to put a turbo behind us and push a lot."