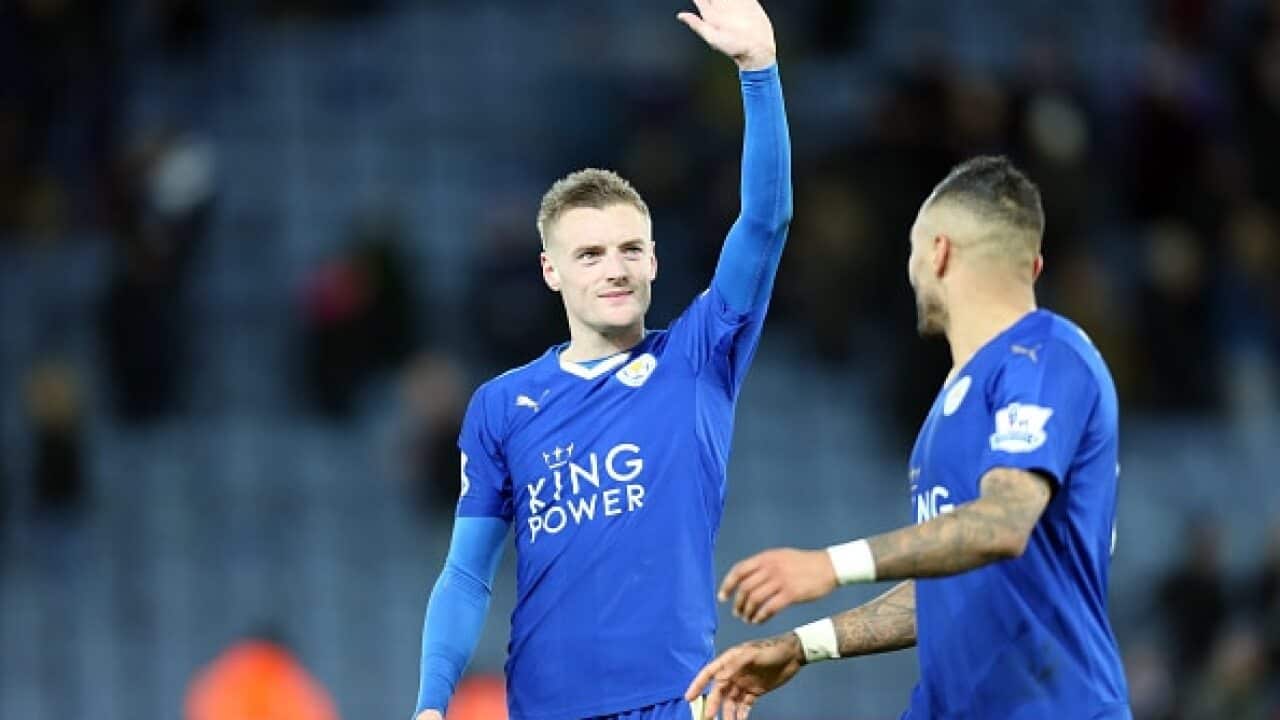 Vardy's exploits in front of goal this season, 18 Premier League goals, have been pivotal to Leicester's surprise title challenge and the 29 year-old is in talks about a new improved contract to keep him at the King Power Stadium until 2019. His existing deal expires in 2018.

Advertisement
He heads to the Etihad Stadium top of the scoring charts, a position Aguero has often occupied since his arrival in England from Atletico Madrid four and a half years ago.

"Jamie is playing very well and he links very well with his team-mates but he must improve."

Asked if there was any progress with Vardy's new contract, the Italian said: "I don't ask. He trains well every day and this is okay.

"This is normal, the strikers in every team earn more."

Both Vardy and Aguero were on target again in midweek as Leicester maintained their three-point cushion over City at the Premier League summit.

Vardy's two goals against Liverpool, the first a stunning 35-yard volley from the right side of the penalty area, gave Leicester successive wins for the first time since the week before Christmas, while Aguero netted in a 1-0 victory at Sunderland.

"It's incredible what Vardy did. He watched the ball, watched the opponent and watched the keeper. It's amazing, fantastic," Ranieri said.

"I can put him with Van Basten when he makes a fantastic goal. I don't know if you watched (Francesco) Totti when he scored against Sampdoria (in 2006). They are amazing goals."

"They have to win, we have to win and enjoy. It is two different tasks. But I think it will be (an open match)."