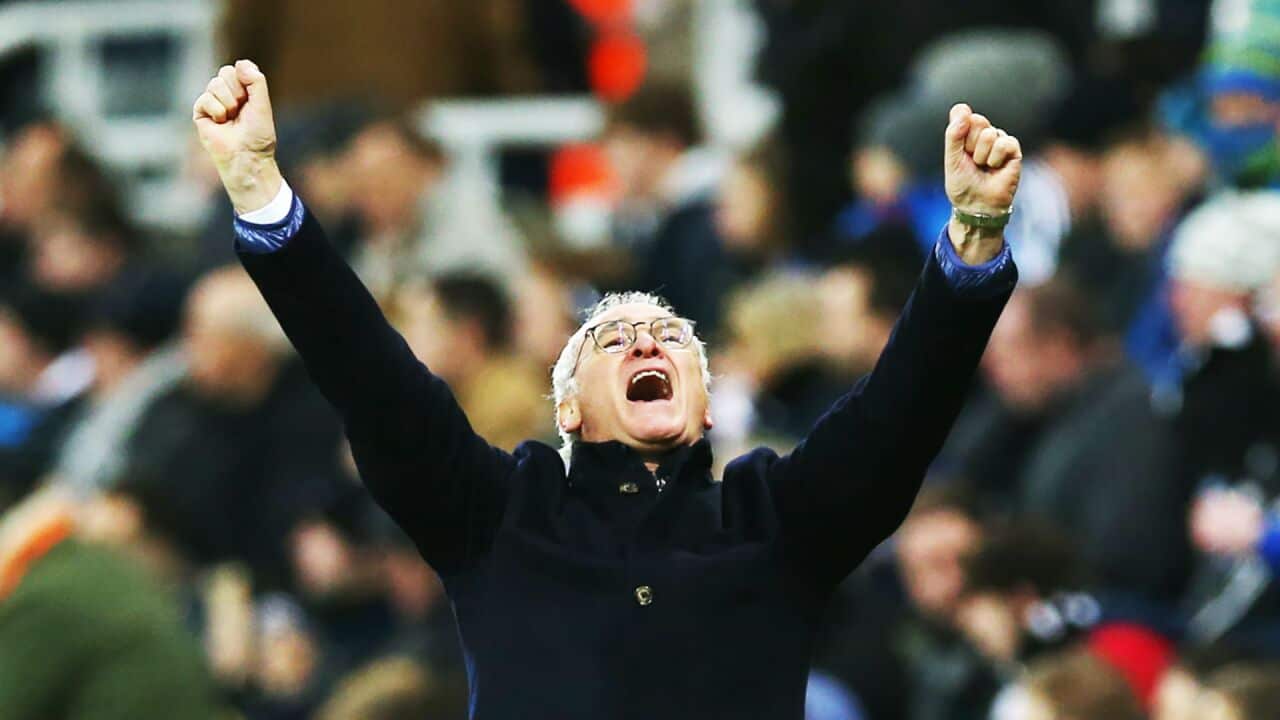 Ranieri, who was sacked by Chelsea owner Roman Abramovich in 2004, guided the Foxes to a remarkable title success, sealed when Tottenham conceded a two-goal lead to draw 2-2 in a bad-tempered clash at Stamford Bridge.

Advertisement
Chelsea interim boss Hiddink said: "I got a call from Ranieri. He called and thanked us for what we did, especially the second half, and I congratulated him for being champions.

"(He said) five times 'thanks', because of the emotion. I didn't see any tears because it was not a Facetime conversation, but his voice was trembling a bit."

"They didn't implode. There was no tension when they started smelling the title. That's why I think they deserve it highly," he said.

Tottenham's indiscipline at Stamford Bridge was costly as they lost a two-nil lead and, ultimately, the title.

Spurs needed to end their 26-year wait for victory at Stamford Bridge to have any hope of overhauling the Foxes and were 2-0 ahead at half-time through goals from Harry Kane - his 25th in the league this season - and Son Heung-Min.

Gary Cahill pulled a goal back before substitute Eden Hazard belatedly rediscovered his blistering form of last season with the goal which denied Spurs and saw Leicester crowned champions.

Tottenham's failure to see out victory can be attributed, at least in part, to their indiscipline in a niggly encounter which will see numerous incidents scrutinised by the Football Association. Nine Spurs players were booked, four after Hazard's equaliser, and the players left the field squabbling.

Spurs boss Mauricio Pochettino, who congratulated Leicester and Ranieri, said: "Nothing to say. It's normal, the emotion, fighting on the pitch maybe is not a good example for both teams, but it was hard."

Asked about the lack of discipline, Pochettino, who did not see the incident when Mousa Dembele appeared to poke Chelsea striker Diego Costa in the eye, added: "This is a feeling that for me is a good lesson that we need to take, to improve. Fantastic night for us.

Meanwhile, Leicester captain Morgan was watching events unfold at striker Jamie Vardy's house with a number of his team-mates as the party turned to delirium at the final whistle.

Christian Fuchs was also among the guests and the Austria international posted a video on Twitter showing the group celebrating wildly as the title was confirmed.

Robert Huth, Shinji Okazaki and plenty of others also shared the moment while a number of supporters gathered outside the gates of Vardy's house.

Former Nottingham Forest defender Morgan, though, managed to reflect on a stunning season which has seen the 5,000-1 outsiders upset the odds.

"It's the best feeling of my career and I couldn't be prouder that it's as part of this team," he said.

"Everyone's worked so hard for this, nobody believed we could do it, but here we are, Premier League champions and deservedly so.

"I've never known a spirit like the one between these boys, we're like brothers. People saw it last season when everyone expected us to be relegated, but we fought back to prove people wrong. This season's been a continuation of that. We've built on the momentum, but I don't think anyone believed it would come to this."

"Saturday can't come quickly enough. I can't wait to get my hands on the trophy."