Rayo Vallecano have strongly defended themselves against match-fixing allegations at an extraordinary pre-match press conference on Friday featuring their whole squad. 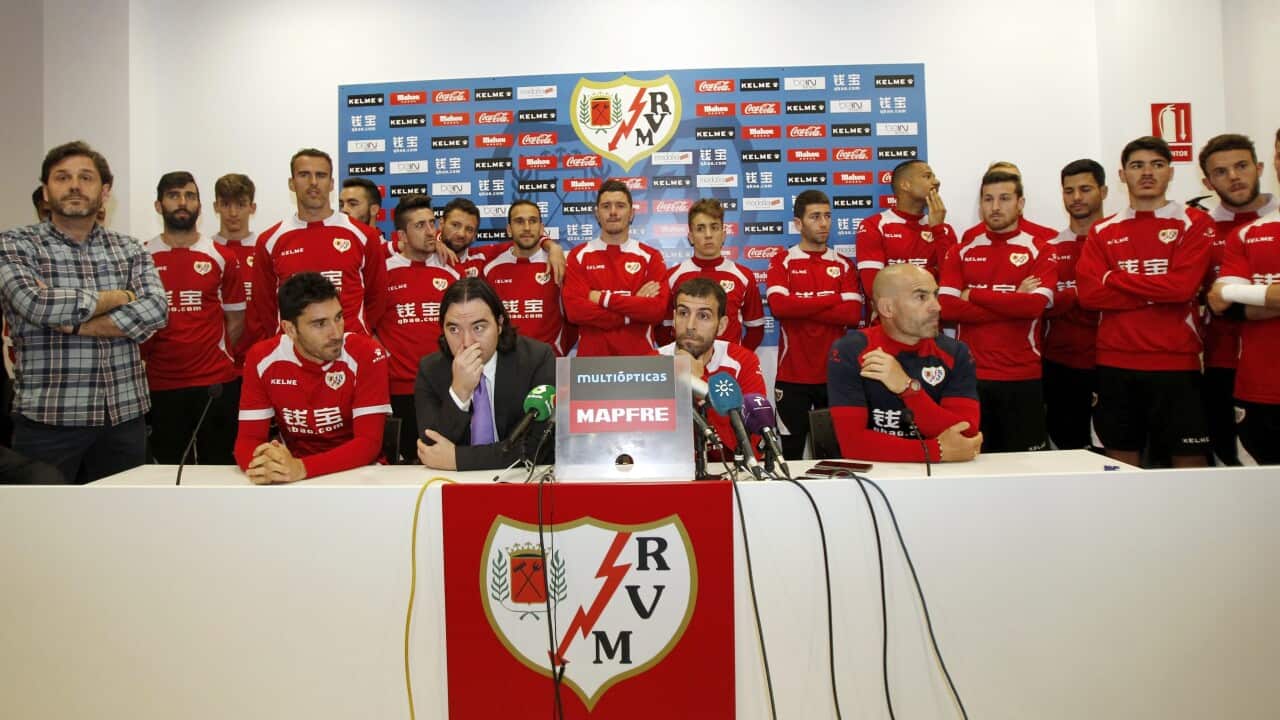 Rayo Vallecano players were out in force at a pre-match press conference Source: AAP

He added, however: "On Saturday money started to come in against Rayo winning, their odds went down by more than a point, and you have to monitor that, but it doesn't mean anything."

And Rayo presented a united front ahead of their season-ending clash with Levante, from which they need a positive result to have any chance of avoiding relegation.

Captain Roberto Trashorras and coach Paco Jemez were backed by the entire first team as they addressed the issue in front of the media.

Trashorras called the match-fixing reports 'frankly ... false. False, lies' and insisted in quotes reported by Spanish newspaper Marca: "I would put my hand in the fire for this team."

A statement from the club issued at the briefing read: "In relation to an article that appeared yesterday about the opening of an investigation into some of our players' performances in the Estadio de Anoeta, the squad, management team and directors would like to clarify the following:

"At no time are we going to allow anyone to doubt our honour, integrity or the professionalism of each and every member of this squad. Neither will we allow the name, players or supporters of the club to be tarnished.

"The entire squad regards as alien the supposed reason for the motivations of this investigation, a lowering of the importance of Real Sociedad's win.

"We cannot be held responsible for these circumstances.

"We completely deny that at half-time there was an altercation between members of the squad, as has been reported via some media.

"The majority of the squad have contracts for next season, with clauses that allow for a reduction of the salaries if we are playing in the Segunda Division, which radically contradicts the idea that we did not want to win that game.

"The club and the squad want to confirm that we will take full part in any investigation into this, or any other game. These things are necessary for the good of the league and for the sport."