RB Leipzig down Hertha to go back on top

RB Leipzig returned to the top of the Bundesliga for at least a night and set up a midweek battle with Bayern Munich for top spot heading into 2017 thanks to a 2-0 win over Hertha Berlin. 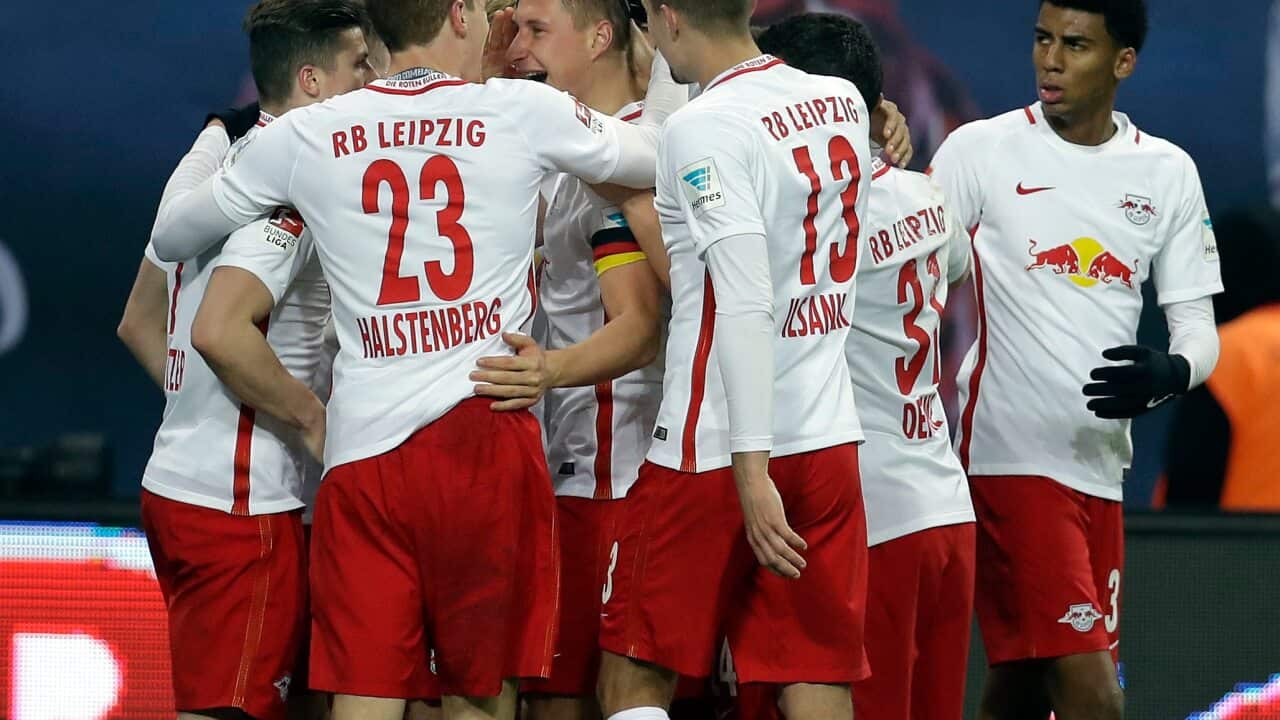 Timo Werner and Willi Orban ensured Leipzig bounced straight back from their first defeat of the season and put nine points between themselves and their guests in fourth.

Victory takes Ralph Hasenhuttl's men three points clear of Bayern, who travel to Darmstadt later this weekend, and ensures the winner of the top-of-the-table clash at the Allianz Arena next Thursday morning AEDT will end 2016 on top of the pile.

Leipzig were in a new situation having lost their first game in the Bundesliga last weekend, but they did not look like that game had knocked their confidence levels as they took the game to Hertha.

Advertisement
Marcel Sabitzer's early low shot was turned wide by Rune Jarstein, who was in for a busy afternoon in the Hertha goal.

Naby Keita saw his shot saved before Emil Forsberg got two bites of the cherry, but failed on both occasions from 15 yards out.

A goal was in the air and it came, deservedly for the home side, five minutes before half-time.

Werner showed good composure in a crowded penalty area to skip past one challenge, shift the ball onto his left foot and then place a low shot past Jarstein.

Leipzig continued to dominate affairs in the second half with Marcel Halstenberg's header tipped over the crossbar by Jarstein.

There was still no reaction from Hertha as Leipzig continued to enjoy the freedom of the field to develop attack after attack.

Yussuf Poulsen tried to add his name to the scoresheet with 20 minutes remaining, but his shot was blocked.

Leipzig had a second goal ruled out for offside with 10 minutes remaining before Hertha brought on Alexander Esswein and, almost immediately, he had their first shot of the game with less than 10 minutes remaining, although he missed the target by quite a distance.

Esswein nevertheless breathed some life into Hertha's game, but it was too little, too late for Pal Dardai's men, who were beaten for the second week running to fall nine points behind their hosts.

Leipzig head to Munich next Thursday morning AEDT knowing top spot for the duration of the winter break will be theirs with a win, even if Bayern move back level with them by beating Darmstadt.