RB Leipzig dumped out of DFB-Pokal after penalty shootout

RB Leipzig became the first Bundesliga side to fall by the wayside in the DFB-Pokal - losing in a penalty shootout against Dynamo Dresden - as the rest of the first-round ties went to form. 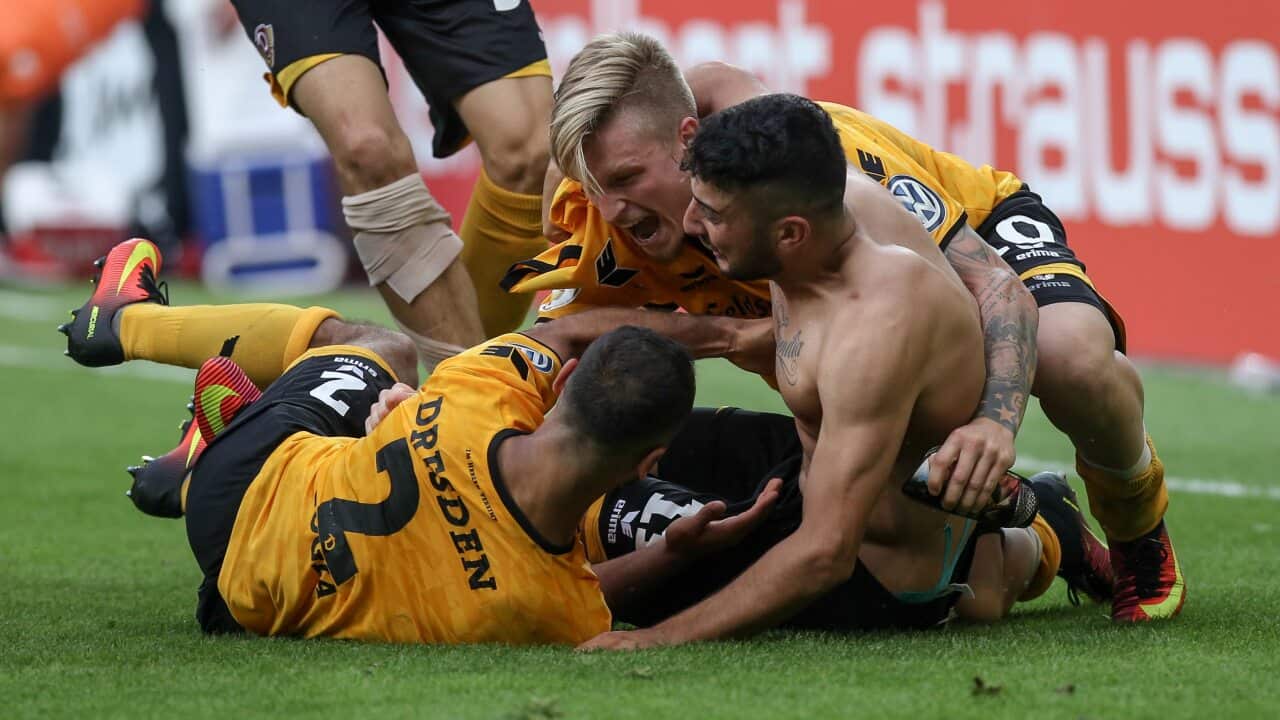 The top-flight newcomers were involved in one of three games which went to a penalty shootout, but a miss from Dominik Kaiser cost Ralph Hasenhuttl a winning start to life in charge of the ambitious Bundesliga newcomers against Dynamo Dresden in the battle of two teams from the former East Germany.

Advertisement
Second-division Nurnberg and Arminia Bielefeld won their penalty shootouts against Viktoria Cologne and Rot-Weiss Essen respectively, while Halle pulled off something of a shock by ousting 2. Bundesliga Kaiserslautern after extra-time.

Borussia Monchengladbach, whose coach Andre Schubert rung the changes to his team with this match sandwiched between the two legs of their UFA Champions League play-off with Young Boys Berne, scraped a 1-0 win at Drochtersen, but it was plain sailing for the other Bundesliga sides in action.

Cologne put seven past Berlin club Preussen without reply - Yuya Osako was on target twice and new signings Artjoms Rudnevs and Konstantin Rausch also found the back of the net for Peter Stoger's men.

Schalke beat Villingen 4-1 with Breel Embolo marking his debut with a goal for the Royal Blues, while Freiburg - without their top-scorer from last season Nils Petersen, who was involved in the final of the Olympic Games - defeated SV Babelsberg 4-0.

Vincenzo Grifo got two of their goals with Florian Niederlechner impressing with a goal as Petersen's deputy.

Elsewhere, there were 3-0 wins for favourites Stuttgart and Fortuna Dusseldorf against Homburg and Hansa Rostock respectively, while 2015 cup winners Wolfsburg won the late fixture 2-1 against FSV Frankfurt with Bas Dost and a Steffen Schafer own goal seeing Dieter Hecking's men through.