RB Leipzig continued their fairytale start to life in the Bundesliga with a 4-1 win at Freiburg which took them six points clear at the top of the standings. 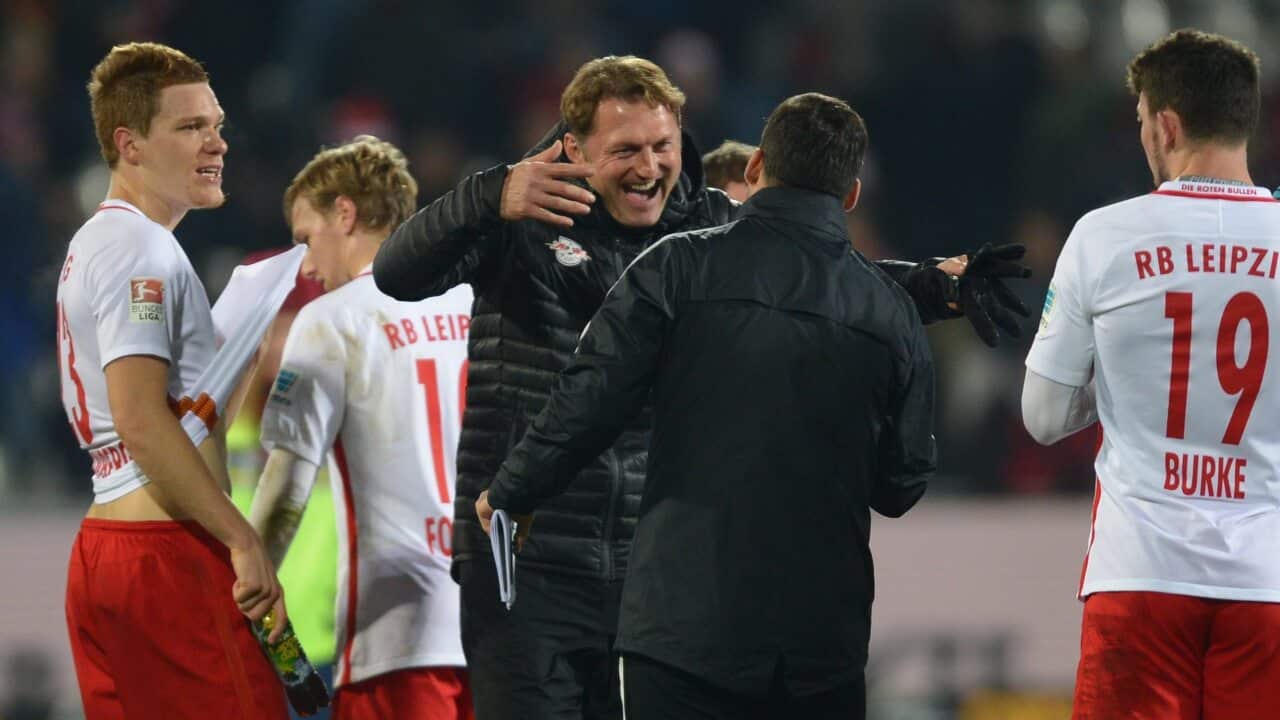 Naby Keita opened the scoring for Ralph Hasenhuttl's men in the second minute, but Florian Niederlechner levelled soon after.

Two goals from Timo Werner followed with Marcel Sabitzer supplying the fourth for the unbeaten leaders, who must now be regarded as serious title contenders, if they were not already.

No club had ever got through their first 11 Bundesliga fixtures without losing, but after Leipzig broke that record last weekend, they were brimming with confidence in Freiburg.

It showed as early as the second minute when Keita's 30-yard effort found the top right-hand corner.

Freiburg levelled after a quarter-of-an-hour with Niederlechner heading in Pascal Stenzel's cross, but it was effectively the only moment of danger in front of the Leipzig goal all night.

Werner restored their lead within six minutes, latching onto Diego Demme's lofted pass before taking the ball round Alexander Schwolow and tucking the ball into the unguarded goal.

Ten minutes before half-time, Werner again showed his outstanding eye for a goal, turning in Emil Forsberg's pass after beating his defender.

The hosts hit the woodwork as they attempted to mount a revival, but after Sabitzer wasted a good opportunity in the 76th minute, he scored with his next chance three minutes later.

Forsberg was again the provider, sending Sabitzer through with a fine diagonal ball and he beat Schwolow with his shot, sending Leipzig six points clear of second-placed Bayern Munich, who can reduce the arrears when they face Bayer Leverkusen on Sunday morning AEDT.