RB Leipzig joined Bayern Munich at the top of the Bundesliga after a 3-1 win against Mainz saw them equal a league record. 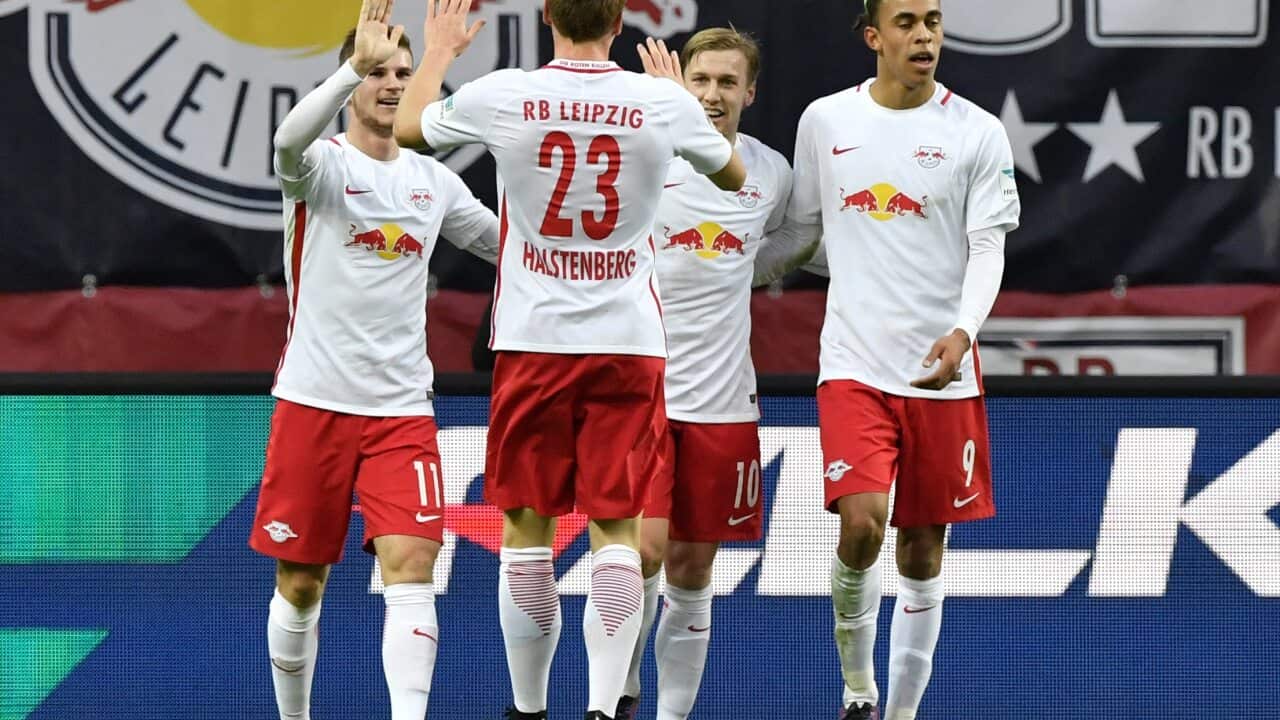 Goals from Timo Werner (two) and Emil Forsberg helped the league newcomers to a comfortable victory at the Leipzig Arena.

Stefan Bell scored a consolation for Mainz, but they were second best to a side who have yet to lose a single Bundesliga game.

Only Duisburg in 1993 started their first season after promotion with a 10-game unbeaten run, which Leipzig levelled this weekend and can better when they travel to Bayer Leverkusen on November 18.

Advertisement
A win or draw there would take Ralph Hasenhuttl's men clear at the top of the table, at least for a night.

The day's other game saw Schalke continue their recent resurgence with a 3-1 win over Werder Bremen.

Alessandro Schopf was on target twice for the Royal Blues with Nabil Bentaleb also scoring.

Serge Gnabry scored what proved to be only a consolation from the penalty spot for a Bremen side who have slipped back into the bottom three off the back of their third-straight defeat - by the same 3-1 scoreline.