Real Madrid have emerged as the new "cardiac kids" of the European game after a series of exploits revived a forgotten side to the fabled Spanish club. 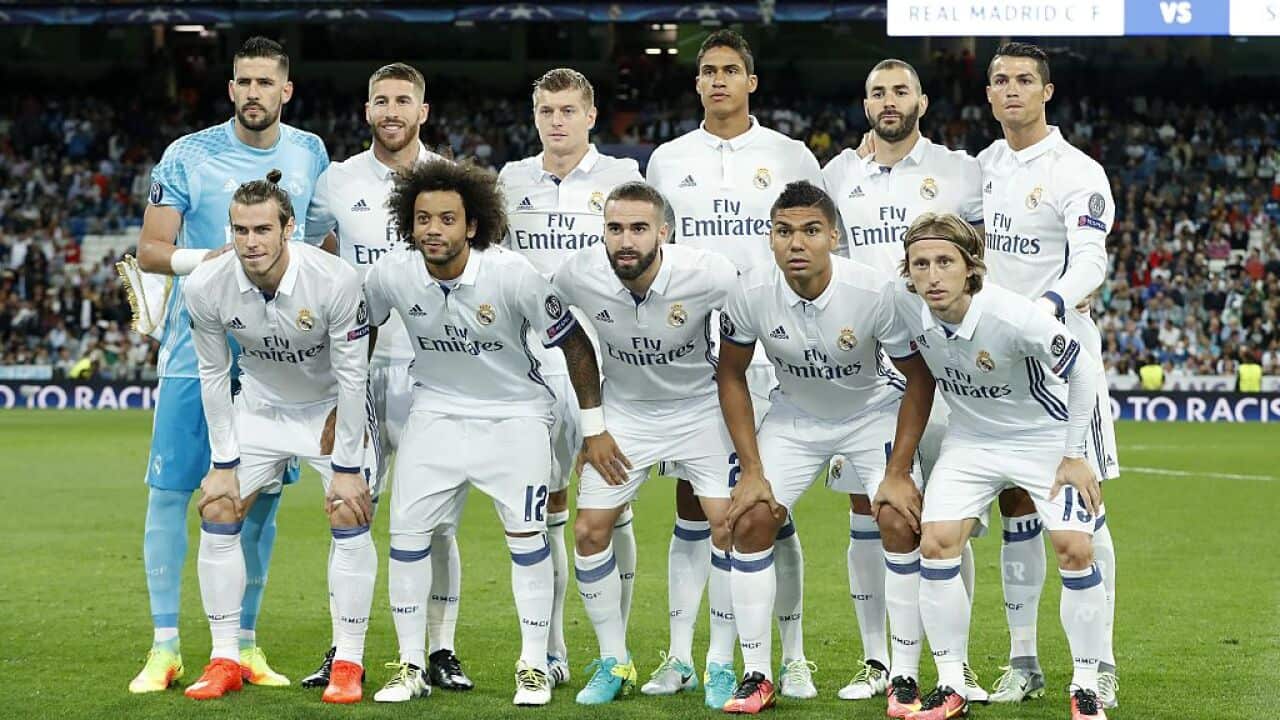 Real Madrid line up for the match against Sporting Source: Getty Images Europe

The European champions have staged some dramatic comebacks that ripped the heart out of their opponents in the last three seasons.

Sir Alex Ferguson's men concocted some amazing comebacks during the stellar team's halcyon days of a decade to so ago.

The most famous of which was, of course, the 1999 UEFA Champions League final at Camp Nou when two goals in injury-time overturned Bayern Munich's 1-0 lead and gave the Red Devils their first European triumph since 1968 and a memorable treble that included the Premier League and the FA Cup.

Not to be outdone, Real Madrid have scored a set of last-gasp victories in their bold attempt to break clear of old rivals Barcelona and establish themselves as the undisputed kings of the continent.

Two years ago at the Estadio da Luz in Lisbon, Madrid were seconds away from defeat in the Champions League final against Atletico when defender Sergio Ramos popped up with a firm header three minutes into injury-time to force the match into an extra half an hour.

Six months ago they were two goals down after the first leg of the 2015-2016 quarter-final against Wolfsburg.

Nothing compares with the Bernabeu stadium for noise, passion and atmosphere when a comeback is in the air and a splendid hat-trick from Ronaldo gave Madrid a 3-2 aggregate win.

It was the first time in Champions League history that a team had overturned a two-goal deficit without the benefit of an away goal.

Madrid went on to win their 11th European title when they beat Atletico on penalties after a 1-1 draw in the final at the Giuseppe Meazza in Milan.

In their first match in defence of the title, Madrid were being generally outplayed by Sporting at the Bernabeu and were a goal down with one minute to go.

An expertly converted free-kick from Ronaldo paved the way for a grandstand finish and substitute Alvaro Morata broke Sporting's hearts with a headed goal four minutes into injury time.

Morata later said that he felt for Sporting who had played so well for most of the match and admitted that "sometimes there is no justice in football".

The nature of Madrid's dramatic victory was not lost on the city's mass-circulation sports daily Marca.

Under a banner headline "Remontadas (Comebacks) CF" the paper spoke of how coach Zinedine Zidane had "revived a value that is typical of the club". It also published photographs of comeback heroes Ronaldo, Ramos and Morata and others of Emilio Butragueno and Carlos Santillana who were involved in some epic recoveries in the 1980s.

As if Madrid are not devastating enough when they get their spectacular attacking game going, a new trait has emerged in the current team's character that should spell fear among their main rivals.

They have revealed a never-say-die attitude that complements their better known qualities.