Melbourne City and Australia midfielder Aaron Mooy said he was not getting carried away with his stellar form that earned him widespread rave reviews because in football "you can be a hero one minute and a zero the next". 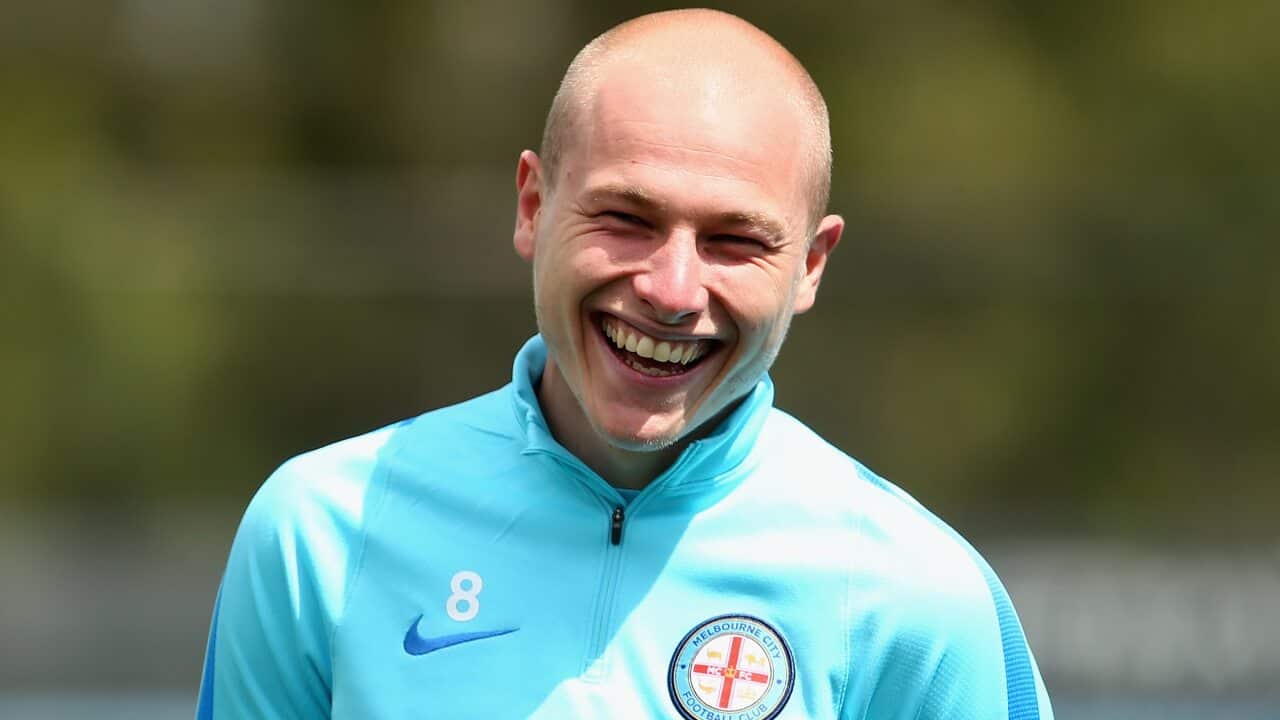 Mooy is lighting up the A-League wth his rich repertoire of attacking skills that have made him a regular in Ange Postecoglou's team.

The national coach rates Sydney-born Mooy as the best player in the competition but this lavish praise is not getting to Mooy's head because he knows well enough how fickle the game of football can be.

Advertisement
"It is obviously a good thing that people are saying that, especially if it comes from the national coach," said Mooy, who has played 11 times for his country.

"It's a very nice compliment and I'm very appreciative.

READ MORE
Mooy masterclass as City breeze past Glory
The False 9: Round 8 - Mooy or Thompson for all-time Aussie A-League best?

"I've been playing well in the last few weeks but you're only as good as your last game and football can change very quickly. Next week could change everything. I know that.

"So I'm not getting too carried away because you can be a hero one minute and a zero the next.

"I know that if you play a bad game you're unlikely to be picked in the next one. It's always like that so there is always pressure to perform whether it's for your club or for your country."

Mooy has become the hottest property in the competition. At the weekend he was in superb form, being involved in all of City's goals in a 5-1 rout of Perth Glory.

He gets between eight to 10 interview requests a week, forcing the club's media department to set up a 'roster' just for him.

Harry Kewell and David Villa are the only City players who were in bigger demand for interviews.

I requested to speak with Mooy two weeks ago and only got the opportunity on Tuesday.

Mooy said he was happy to be able to perform so well for City and the Socceroos, scoring and creating goals with similar ease, but admitted he had not yet reached his full potential as a footballer.

He conceded that heading the ball, for example, was not one of his best attributes.

"I don't think I've reached my peak, every day you learn something," he said.

"My heading definitely needs to improve. I'm not good in the air at all. But I've got to play to my strengths and improve on them."

However, Mooy's vision, range of passing, dribbling skills, shooting power and ability to dictate the pace of a game have not gone unnoticed abroad and the club could lose him at the end of the season, possibly even in the forthcoming transfer window in January.

Mooy, who is the proud father of a baby daughter, has two and a half years left of his City contract and admitted he really did not know what the future held for him.

"I have a family now so It's not about worrying what I want to do but what's best for my family," he said.

"Obviously I would like to provide the best for my partner and baby but it is hard to say where my future lies.

"You cannot just pick where you want to play.

"I really have not thought too much about where could be best for me to play. I'm just focussing on my games for City every week.

"If an opportunity to go abroad comes up it would give me something to think about.

"I've got two more years on my contract so you never know."

Mooy will be the centre of attention when City faces Central Coast Mariners in Gosford on Thursday night.