Melbourne Victory have powered past Perth Glory 4-1 in their A-League Round 23 clash at AAMI Park. 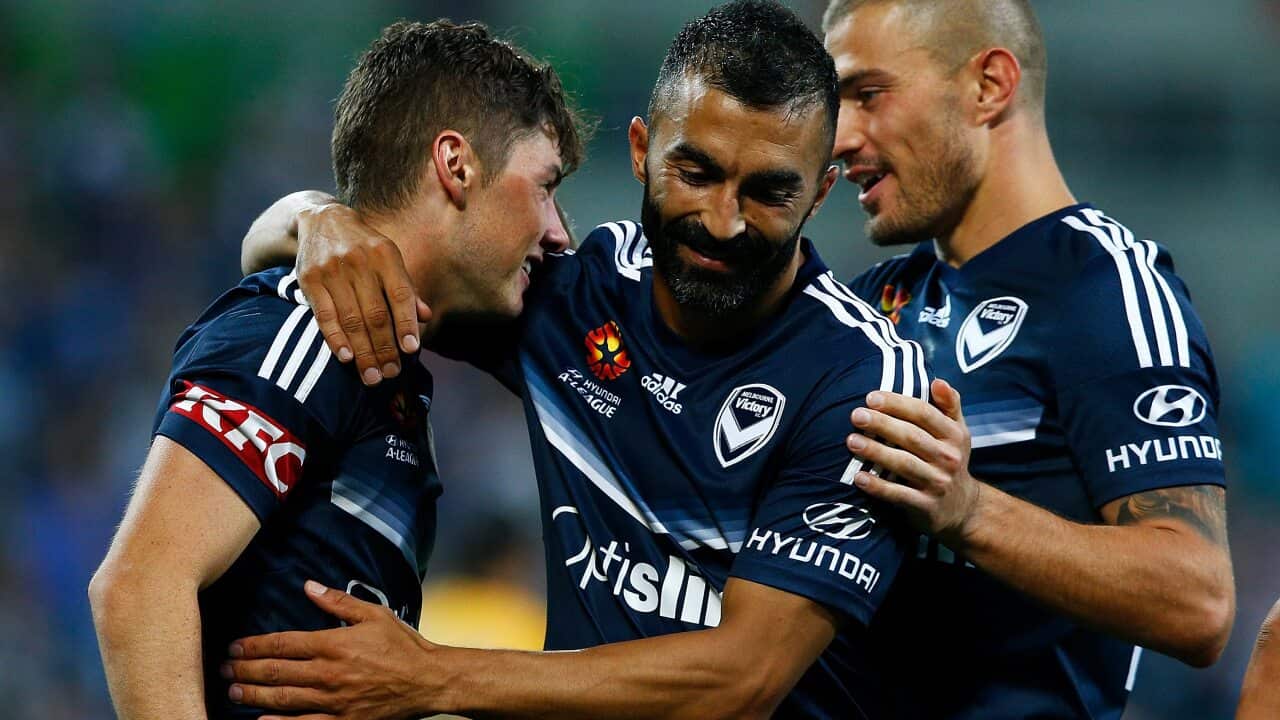 Perth took less than five minutes to break the deadlock through their brilliant Spaniard Diego Castro.

Victory keeper Lawrence Thomas did well to save Adam Taggart's header from Andy Keogh's fine cross, but he could do nothing about Castro's follow-up.

Victory got the equaliser in the 23rd minute through Besart Berisha - the Albanian heading home Marco Rojas's free-kick beautifully.

Advertisement
Berisha turned provider for the next goal, juggling the ball for 5 touches before swinging in a dangerous cross which Fahid Ben Khalfallah headed into goal - rising above his marker Josh Risdon.

Early in the second half, Rojas scored a superb solo effort to give Victory some breathing space.

Not to be outdone, James Troisi scored a long-range beauty all on his own in the 73rd minute - Victory's fourth of the game.

The Victory will need to win all four of their remaining matches to have any chance of stopping Sydney claim the Premiers' Plate, but Graham Arnold's side would, in turn, have to lose all four games.

The Sky Blues have it in their hands should they beat, or even draw against, Perth next Sunday.