Reddy the hero as Glory escape with draw against City

In one of the best games of the season, Perth Glory goalkeeper Liam Reddy produced a superhuman performance, saving two penalties, one in injury time as his side escaped with a 3-3 draw against Melbourne City at AAMI Park. 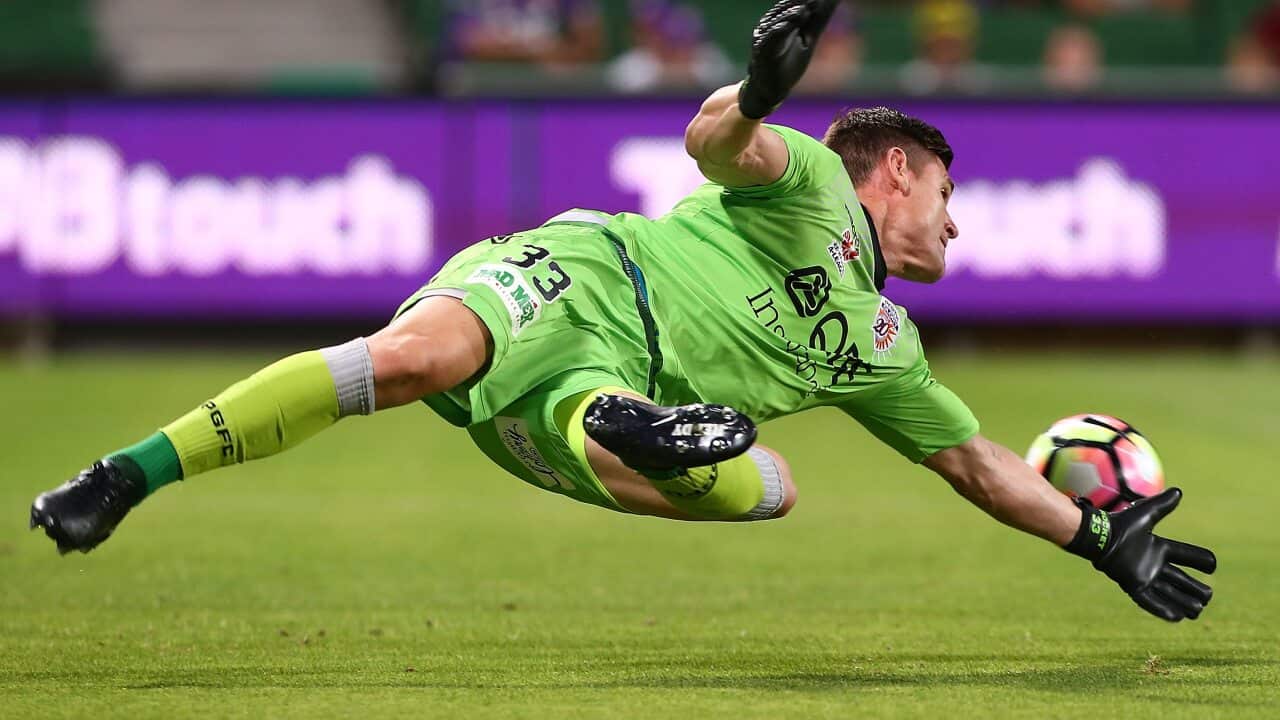 Reddy was awarded Man of the Match, producing save after save, twice stopping Bruno Fornaroli from the penalty spot with the second coming in injury time to stop a goal that would have surely won the game for the hosts.

It was City who opened the scoring however, with Tim Cahill finding the back of the net in the most Tim Cahill-manner possible, perfectly positioned in the box to head in a beautifully placed Nicolás Colazo corner in the ninth minute.

He almost followed up with his second ten minutes later, only to be denied by the offside flag before Diego Castro levelled the score in the 21st minute, as the Spanish magician took a Chris Harold pass inside the box, placing his shot past Dean Bouzanis.

Advertisement
City countered as Fornaroli scored his first goal in four matches with a superb strike after receiving a pass from Cahill, curling the ball past Liam Reddy from just inside the box into the top left corner 34 minutes in.

Fornaroli almost had his second only moments later after Bruce Kamau was taken down inside the box by Mark Warren, with the Uruguayan's penalty brilliantly saved by a diving Reddy.

Glory capitalised on the missed chance on the counter, with Castro controlling an Adam Taggart cross-field pass, dribbling past the City defence to roll the ball past the keeper as the first period ended square at 2-2.

The goals continued in the second period with Warren lucky not to be sent off for taking down Kamau in the box for the second time, with Fornaroli's penalty making up for first-half miss 15 minutes after the break.

Chris Harold equalled shortly after as he chased down a Nebojsa Marinkovic ball lobbed over the hosts back four, with Bouzanis making the questionable decision to stay on his line, giving up the near post as the converted with ease in the 63rd minute.

A match filled with drama, the controversy reached its peak in injury time with two red cards given when Dino Djulbic and Fernando Brandan got tangled up inside the Perth box.

With Djulbic ruled to have instigated the contact, City were awarded a penalty and the chance for Fornaroli to seal the win.

Reddy refused to give, producing and outstanding save with the thrilling match ending 3-3.