EXCLUSIVE: Tottenham Hotspur, who drew a crowd of 70,000 to ANZ Stadium for their 1-0 tour win over Sydney FC back in June, have a legion of Australian fans. 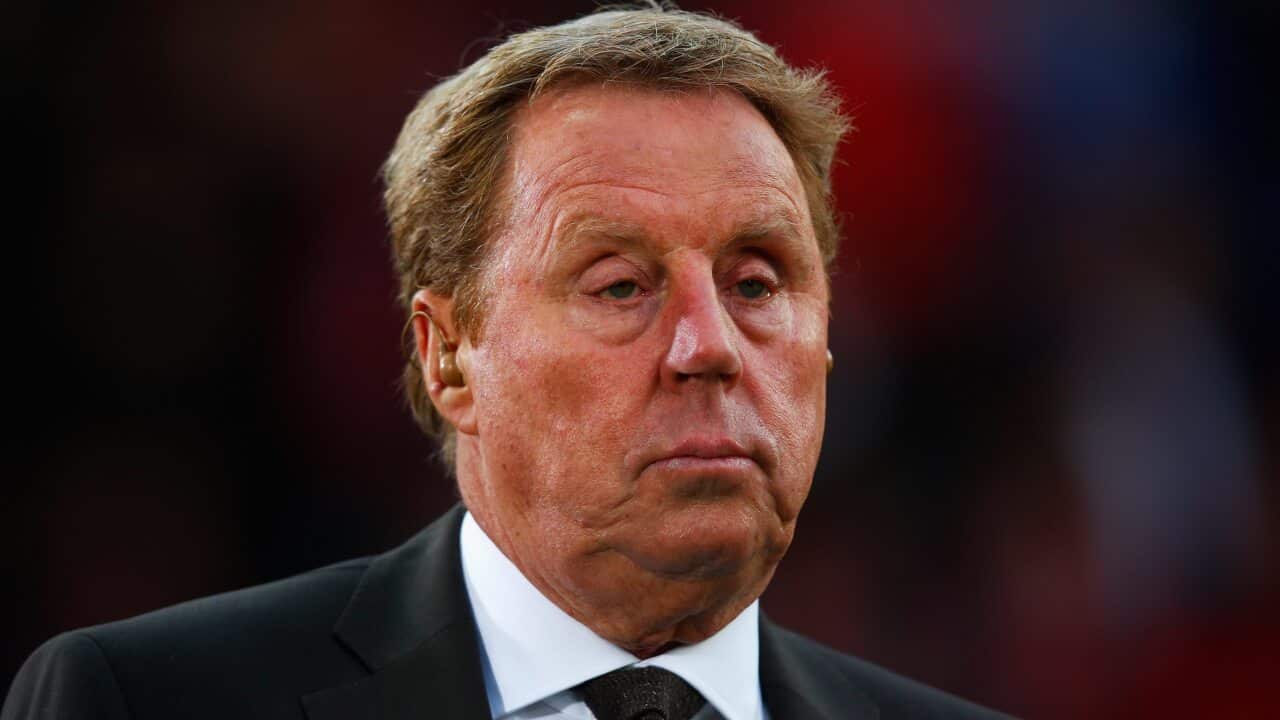 And Harry Redknapp, the man who last guided Spurs to the UEFA Champions League, insists he will be “extremely surprised and disappointed” if the resurgent London giants don’t seal a return to the world's premier club competition this season.

Mauricio Pochettino's young fliers are winning new admirers across the globe as they light up a Premier League with no clear front runners in sight in the chase for the title.

After piloting Spurs to the Champions League quarter-finals in 2011, where they were steamrollered by Real Madrid, Redknapp knows what’s required to qualify and mix it at elite level.

And with fifth-placed Spurs four points off top spot and in the midst of a club record 12-game unbeaten EPL run after walloping West Ham United 4-1 at the weekend, Redknapp can feel a warm of glow enveloping the club once again.

The veteran coach also guided Spurs to fourth in 2012 before they were demoted the Europa League courtesy of Chelsea winning the Champions League that year.

“I’d actually be extremely surprised and disappointed if they don’t finish in the top four, rather than the other way around,” Redknapp said.

"The way they are going is fantastic to see, it's exciting. They have four of five players in the England squad and (left back) Danny Rose is another I can see breaking through. “They’re in terrific form, players like Dele Alli, Harry Kane, Eric Dier, and they’re only going to get better.

“With Chelsea having such a disastrous start and nobody making a big statement yet among the likes of Arsenal, Manchester United and Manchester City, it’s rarely been so open up the top of the table and with the team they have they are in a great spot to push on now."

Redknapp is embracing a new life in football punditry after quitting his most recent coaching gig at Queens Park Rangers in February, and he believes Spurs are well placed to continue their joyride the expense of ailing champions Chelsea, who lie 10 points behind them in 15th place, on Sunday.

“That game is going to be a big test for Tottenham, and it will be really important for them not to slip up, especially with Chelsea winning against Norwich to pick up a little bit of form," Redknapp said.

“Tottenham are giving nothing away the back (they have the second best defensive record in the EPL), which is a huge plus for them also.

"I like the combination between the two Belgium boys Toby Alderweireld and Jan Vertonghen and in midfield Mousa Dembele looks like a new player this season.”

While Redknapp was blessed with artists like Gareth Bale and Luka Modric during his Spurs reign, he believes Pochettino's squad is less about stars and more about youthful vigour and a pressing strategy embraced by players with the talent and virtuosity to execute their coach's ideology.

But there is one exception.

Harry Kane, who took his tally to eight goals in his past five games with his double against the Hammers, after scoring just one in 13 previously when he struggled to revive the master class of last season, when he claimed a personal haul of 31.

“It’s an all-round team effort, but you have to stay also that Harry Kane is looking a bit special," Redknapp said.

“There were people out there talking nonsense about him being a one-season wonder and he’s showed what a load of rubbish that is.

“I also like the manager a lot. He’s a top coach and a smashing fella whose doing all the rights things.”

But for those fans whose daydreams venture beyond the top-four to a potential title triumph for the club which last won a championship in 1961, the year the Berlin Wall was erected, Redknapp offers a sobering note of caution.

“Yes, the title is wide open and I couldn’t pick a winner right now, but in all honesty I don’t see Sours winning it. I wouldn’t be getting that carried away," he said.

“The top four yes, but championship is probably a step too far.”