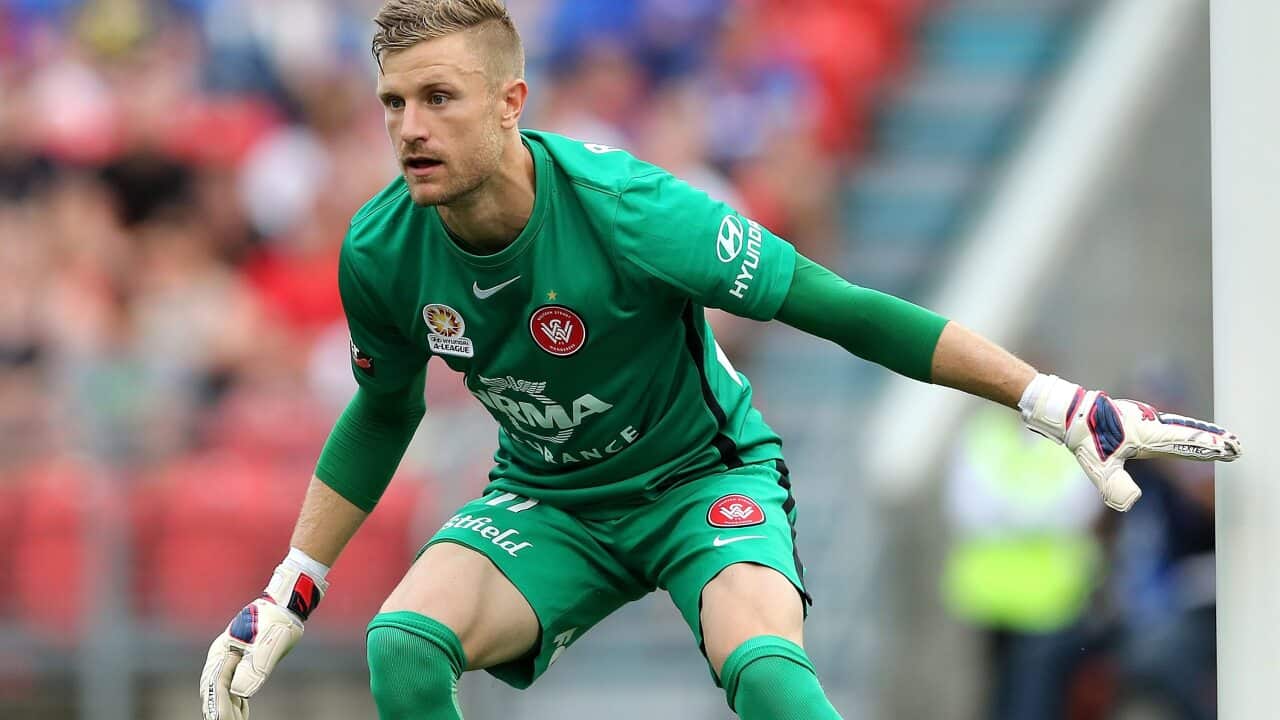 The 26 year-old is thriving at the Wanderers under the guidance of goalkeeping coach Zeljko Kalac Source: Getty Images

"I've gone ahead in leaps and bounds under Spider," Redmayne said. "This is a journey for me and I'm really enjoying changing my game and working under not only Spider but the whole coaching staff at this club, which is phenomenal.

"Spider has more or less tweaked everything. When I first came in he said there was a good overall starting level, but that we really had to tweak most of my game and he's done that.

"They're mostly fine technical details and I think now I'm starting to get that fluidity from things coming naturally when I play and it's something I'm really enjoying."

Advertisement
Redmayne, 26, joined Wanderers this season after having previously been at Central Coast Mariners, Brisbane Roar and Melbourne City. He was back-up at Mariners and Roar and only played a few games at each of those clubs, but eventually became first choice at at City.

This is also Kalac's first season at Wanderers after he was goalkeeping coach at Sydney FC and Redmayne said they had established a great working relationship.

"It's fantastic," he said. "He's completely honest with me and that's something I respect  as a person and as a player. He's also a perfectionist, which is another great attribute to have as a coach, so he's pushing not only me, but Dean (Bouzanis) as well and the younger goalkeepers here.

"He's pushing us very hard and I think the results are showing. You've got to be open to change for it to work. You've got to believe in it and I've gone with everything Spider and the rest of the coaching staff have tried to do.

"I think every player here has bought in to a new system and a new philosophy and after six wins in a row you can't deny that it's the right way to go."

Asked to expand on which aspects of his game Kalac identified as priorities for massaging, Redmayne replied: "There are so many aspects to goalkeeping. You've got your shot-stopping, your handling of crosses and that's just the start of it.

"Sweeping outside the penalty box is something we've worked on as well. I felt that in previous years maybe my starting point was a bit too high and I was always having to back-track and we've changed a few things in that regard."

Redmayne succeeded Ante Covic as Wanderers goalkeeper after the club chose not to re-sign Covic at the end of last season.

Covic was always going to be a hard act to follow, given his heroics which included being named player of the tournament in the AFC Asian Champions League tournament Wanderers famously won in 2014.

Redmayne said he knew replacing Covic, a favourite of Wanderers fans, was going to be a tough gig, but felt he had handled the pressure well.

"Ante was here for three years and had amazing success," Redmayne said. "The things he brought to this club were phenomenal and the things this club achieved while Ante was here were huge.

"But when I came in it was my job to work on my game and change some things there and buy into a new philosophy and a new system and that's what I've done. I had to be open to change and what I've learned here has been great for my game."

Wanderers conceded three goals in round one, mainly through a defensive errors and poor marking on corners, but they have conceded just five goals in eight games since. Redmayne has three clean sheets, which is equal-second best in the A-League.

He will get perhaps his biggest test in Saturday night's top-of-the-table clash with Melbourne Victory at Pirtek Stadium.