Referee for Australia, Honduras clash slammed as 'shameful' and 'embarrassing'

The referee who will be in charge for the do-or-die second leg qualifier between Australia and Honduras in Sydney has been slammed after he made a number of questionable decisions in one of the world's biggest derbies. 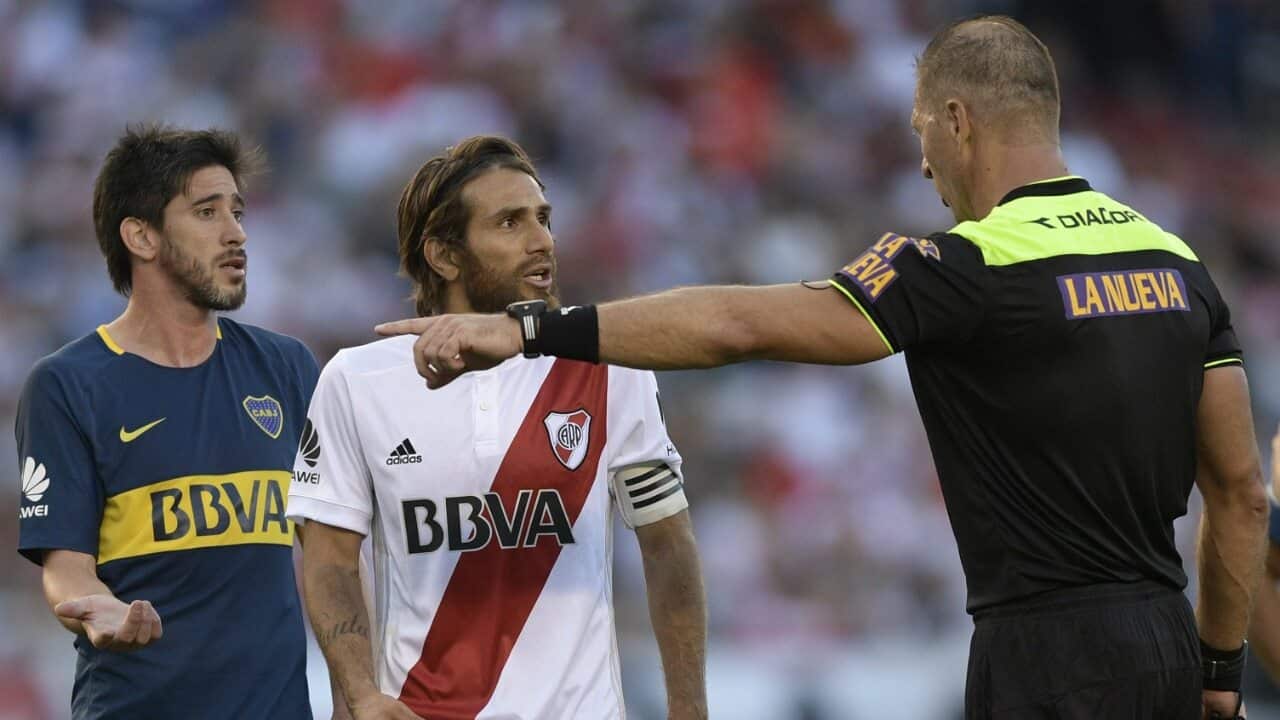 Néstor Pitana copped criticism from both sides after his officiating in the Super-Clasico Source: Getty Images

After dismissing River midfielder Nacho Fernandez in the 38th minute for a clear high foot, Pitana's second red card of the match was what caused controversy.

Advertisement
Boca Juniors playmaker Edwin Cardona was sent-off in the 61st minute due to an apparent elbow however, replays clearly showed he had made little contact with the River Plate defender.

Cardona was also not impressed with the decision, hammering Pitana after the match.

"The red card was not fair. Referees like that, who believe themselves to be more than they are, can not officiate these kind of big matches," the Colombian said.

It wasn't the only big decision the Argentinian referee came under fire for.

Argentinian newspaper La Nacion wrote that Pitana had caused a "polemic" from both sets of fans after River had a late equaliser unfairly ruled out.

"The referee, who did not have a good afternoon, was questioned by both sides. Of the most important decisions, he got one right but two wrong," La Nacion wrote.

"Never again should you call a player stupid, you called Montiel stupid, do not be disrespectful!" Gallardo yelled before storming off.

Pitana will be accompanied by fellow Argentinian officials Hernan Pablo Maidana and Juan Pablo Belati for next Wednesday's crucial second between the Socceroos and Honduras at ANZ Stadium.