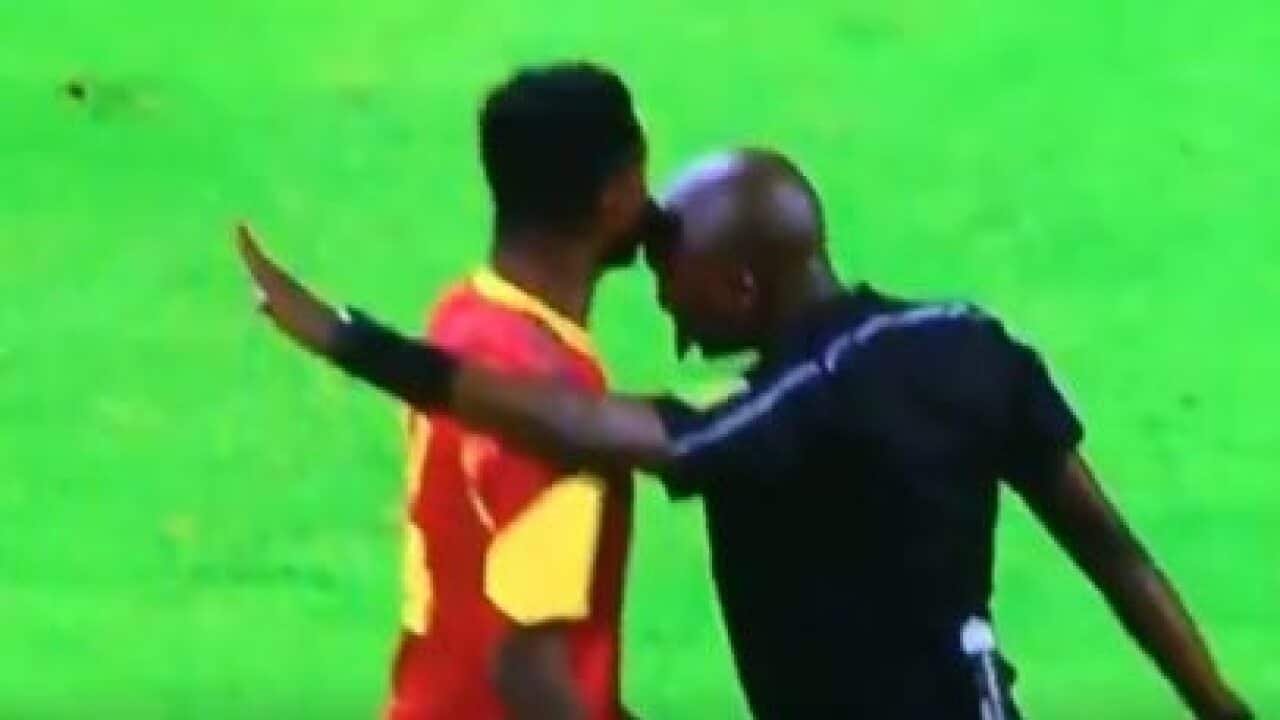 While the match ended as a goalless draw, the game was not completely devoid of entertainment, with Bondo and Natael involved in a brief confrontation.

Nicknamed ‘sprinter’ due to his high energy levels on the pitch, the Botswana official awarded a free-kick to South Africa before appearing to push his head in the direction of the Angolan defender.

Slight contact was made with Natael crashing to the turf clutching his face - no penalty was given.

Advertisement
READ MORE
Is this the worst dive in the history of football?