Adelaide United captain Eugene Galekovic has reminded match officials of their obligation to protect players as the A-League champions put together a side missing numerous injured stars to meet Melbourne City. 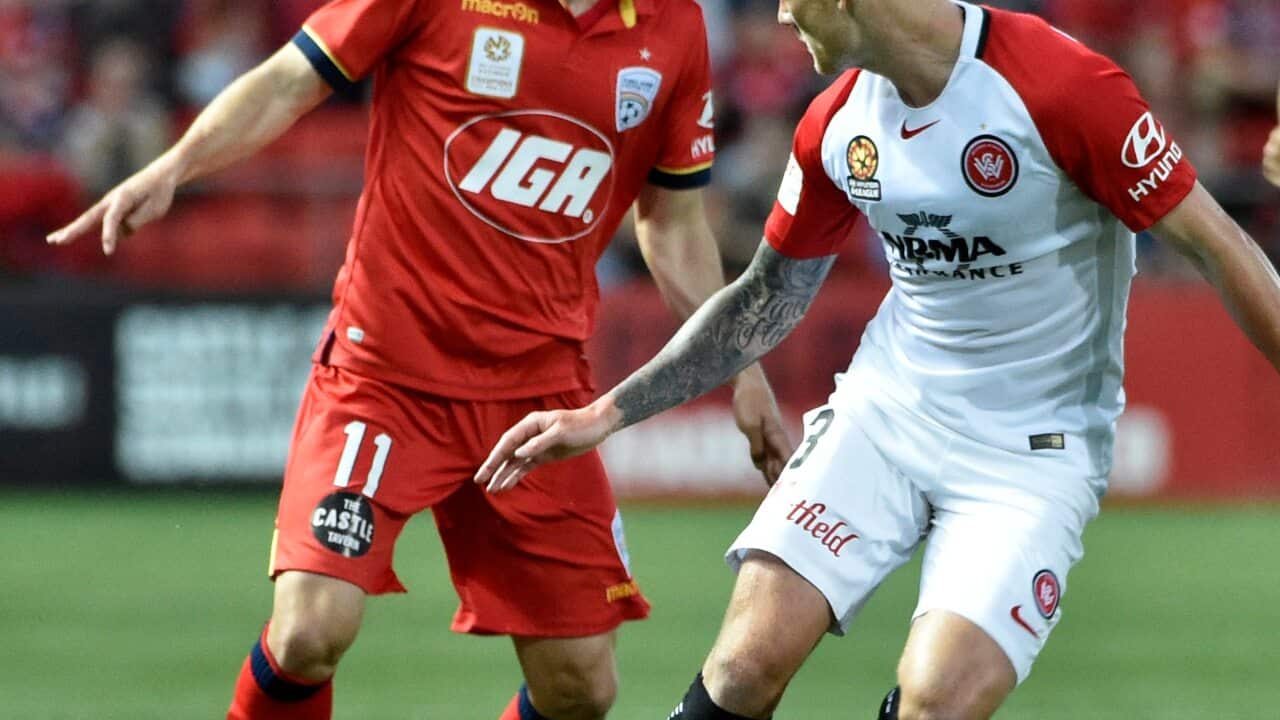 The Reds will be without attackers Sergio Cirio and Henrique for the game at AAMI Park on Friday night after they were hurt in the second and third rounds respectively, adding to the club's injured list.

Tackles that drew yellow cards eliminated Cirio for at least eight weeks and Henrique for six.

Galekovic told The World Game he didn't expect referees to molly-coddle the more targetted players, but that they should be free to play without having to worry about being taken out by heavy tackles - whether they played for Adelaide or not.

Advertisement
He also said referees should do their best to ensure free-flowing, attacking football.

"You want to see good entertaining football and we definitely try to play that way," he said.

"Other teams obviously want to try to stop us, because they know we can play it at a high level.

"I'm not saying ball-playing teams should get 'looked after', but the referee should understand the type of game we play and that we try to make it free-flowing.

"A lot of teams concede professional fouls against us and referees probably don't pull that up as much as we would like."

Adelaide were seething over the rugged front-on tackle by Western Sydney Wanderers defender Jack Clisby on Cirio in the first minute of the second-round game.

Many people thought Clisby should've received a red-card instead of yellow and that if he had been dealt with more severely the sliding tackle by Wanderers striker Brendon Santalab on James Holland later in the match, in which Holland fortunately wasn't injured, wouldn't have happened.

"Obviously I can't talk about specific incidents, but generally speaking I think that if you get the correct decisions the game flows and you probably don't get incidents," Galekovic said.

"If you deal with it early the game flows, but if you let players get away with it then the game can get out of control.

"Referees need to be consistent and get the big decisions right and if that's the case then the results will be fair and a lot of injuries can be avoided."

Galekovic said the last thing Adelaide would do is react to injuries by changing the way they play.

"Not a chance," he said. "We believe in it. That principle will remain the same."