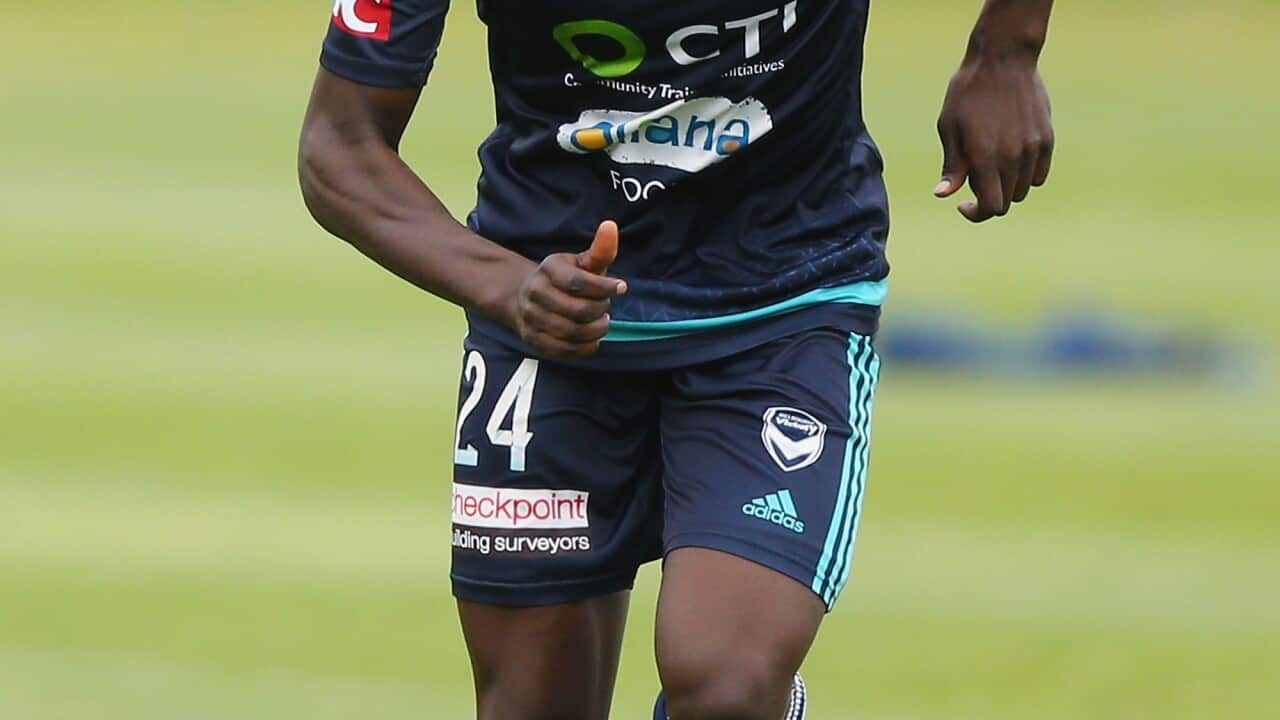 Farah, who played 13 times for Australia Under-23 before becoming a full international with Lebanon, admits some people will think he is “mad” for heaping “some much expectation” on the 19 year-old stoppers.

But he is convinced the pair will form a domineering international partnership as their careers unfold.

Kenyan refugee Deng’s potential has already been harnessed by Dutch champions PSV Eindhoven, who have signed the Melbourne Victory teenager on loan for the season, whilst Sudanese emigré Tongyik was this week snapped up by Melbourne City from Adelaide United to be part of the City Football Academy.

With Bernie Ibini becoming the first African-born player to play for the Socceroos in 2014, Farah is convinced that plenty more will follow, with Deng and Tongyik well placed to follow Ibini and more recently Melbourne Victory right-back Jason Geria into the national team.

“I am excited for Australia’s defensive stocks in the future because with Tongyik and Deng coming through to join Geria we have two potentially world class centre-halves coming out of our own back yard via Africa,” said Farah, who also manages Tongkik and was behind his switch from the Reds to City where he reunites with former Adelaide youth team guru Michael Valkanis.

“I played centre-back myself during my career and I know what it takes to be dominant in that position and between Deng and Tongyik, I feel we really have two massive players in the making.

"They are players who could be around together at the very top with the national team for a very long time indeed and they will, in my opinion, forge big careers for themselves in Europe.

“I say this openly and without any hesitation, even though some people will think I am mad to place that sort of expectation on the two of them.”

While on the bench a number of times last season for the A-League champions, Tongyik didn’t get a first team debut while Deng played 13 games for Victory and is auditioning for a permanent deal with PSV, where he has joined their second team but will train with the senior squad this season.

“I see a bigger picture with these players … they are big and strong and they maybe have something about them that others don't have with all respect to the incumbents like Bailey Wright, Trent Sainsbury and Matthew Spiranonic,” added Farah.

"Deng can be a complete player in the years to come and Ruon will get the right education at Melbourne City and I really see these two as the cornerstone of our national team in the future.

"Going to Melbourne city is a good move for Tongyik. Michael Valkanis knows him from his time at Adelaide and he will get a good grounding there and I expect him to get some first team game time at some stage soon.

"Deng is already an Olyroo and with Josep Gombau now in charge of the Under-23's I think Tongyik will also get a call.

"He is Patrick Vieira-like and can play as a centre-half or as a defensive midfielder.

"I know I will do everything my power to get him to the very highest level, as will Deng's agent (John Grimaud).

"I’m sure PSV with sign Deng and Tongyik will likely end up in Europe also at some stage."