Newcastle Jets secured their first A-League win in 79 days after easing past Wellington Phoenix 3-1, despite Ben Kantarovski's second-half dismissal, in an entertaining clash at Hunter Stadium on Sunday. 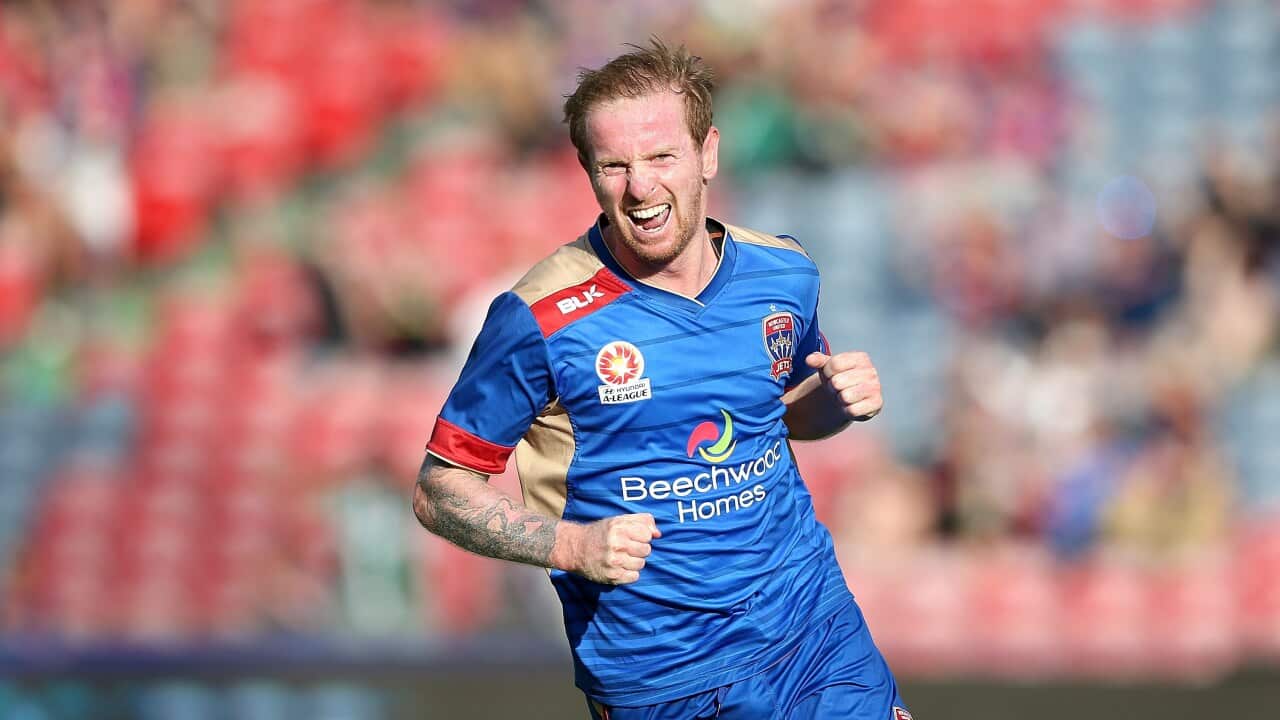 Newcastle entered the round 15 match trying to avoid all sorts of unwanted records after being winless in their last 10 outings and not having scored a goal in a whopping 559 minutes.

But a seemingly rejuvenated Jets' outfit came out firing, and looked as though they had taken the lead through Nigel Boogaard after he headed home a delightful Kantarovski cross in just the 6th minute.

While the Jets thought their goalscoring drought was over, unfortunately referee Jarred Gillett had already pointed to the spot after Dylan Fox was adjudged to have brought down Milos Trifunovic.

Advertisement
Much to coach Scott Miller's relief, the Serbian made no mistake with his penalty and the Jets avoided the all-time record of 608 minutes without a goal, set by New Zealand Knights in the 2006-2007 season.

But Newcastle wasn't finished there and Ryan Kitto doubled the hosts lead in the 26th minute after turning in David Carney's initial shot, which was parried by Wellington goalkeeper Glen Moss.

It appeared the weight of the world had been lifted off Miller's shoulders and all of a sudden it was raining goals for the 34 year-old's side.

Then off the back of another cheap Phoenix turnover, the Jets almost added a third goal through Enver Alivodic, just shy of half-time, but his header was desperately cleared off the line by Andrew Durante.

But the break came at the opportune time for Wellington and when Kantarovski was dismissed for a second bookable offence in the 58th minute, Ernie Merrick's side suddenly had a glimmer of hope.

Unfortunately for the New Zealand based outfit, Carney had other ideas and the 32 year-old scored a runaway goal in the 66th minute, which all but secured a morale-boosting win for the Jets.

Phoenix did pull one back however through second-half subsitute Matthew Ridenton in the 81st minute, after some great lead-up play from Blake Powell.

But it was Newcastle's day, and the win sees them draw level on points with Wellington in 7th place on the A-League ladder, with both sides only four points adrift of Adelaide United, who occupy the all-important 6th position.