ANALYSIS: Roger Federer was not the only one in Melbourne turning back the clock on an emotion-charged Australia Day. 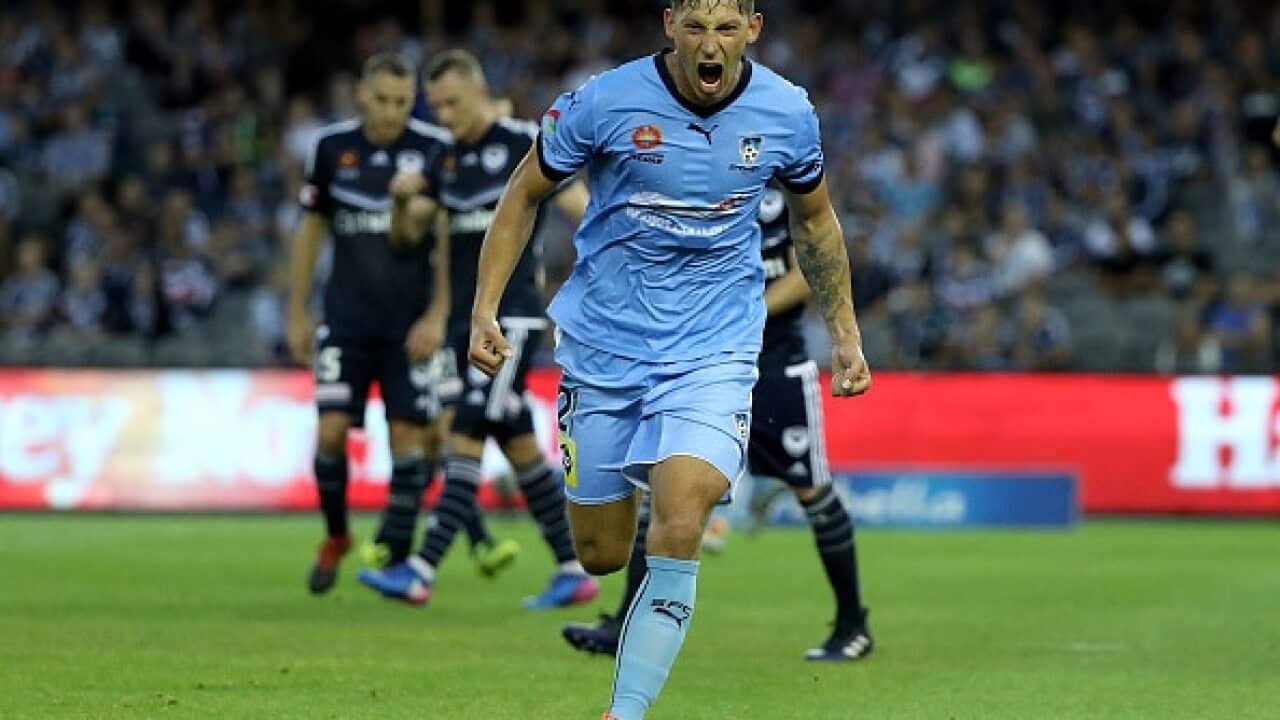 While the Swiss master was storming into his sixth Australian Open final in his quest for a first major since 2012, Sydney FC took a massive step towards their first silverware in seven years by coming out on top in the Big Blue.

The Sky Blues came back from a goal down to beat Melbourne Victory 2-1 at Etihad Stadium to establish an 11-point lead at the top of the A-League with 10 rounds to go and lay a strong claim for the Premiers' Plate.

It was not pretty - such crucial matches rarely are - but it was a colossal contest highlighted by three cracking goals from James Troisi, Filip Holosko and Bernie Ibini.

Advertisement
Graham Arnold's men chose this big occasion to prove that their ambition of going through the whole season unbeaten is not a fanciful notion but a realistic target.

The last time Sydney ruled the league was in 2010 when Czech coach Vitezslav Lavicka led the team to a premiership-championship double.

The Sky Blues however did not build on that success.

They reached the grand final in 2015 but their play hardly ever rose above mediocrity even when Italian star Alessandro Del Piero was recruited for two seasons.

But Sydney no doubt are the real deal this season thanks largely to five key additions to the starting 11.

Danny Vukovic's form between the sticks has been nothing less than remarkable and he proves his ability every week when he is forced to make vital saves on the few occasions he is called into action due to Sydney's strong back line.

Experienced defender Alex Wilkinson has hardly put a foot wrong this season and is playing with such composure and consistency that he must be back in Socceroos' considerations.

Fullback Michael Zullo is providing a level of polish and drive on the left flank not seen since the days of Korean Byun Sung-Hwan while crafty midfielder Josh Brillante is in the form of his life after an unrewarding stint in Italy.

And striker Bobo has overcome an unremarkable start that had some fans doubting his value to become the perfect target man. He's not a bad finisher either.

Yet Arnold's best 'signing' in the off-season was playmaker Milos Ninkovic who in his second season in the A-League is proving to be the competition's most creative and skilful performer.

He is the man who makes Sydney tick - the conductor of the Sky Blues orchestra - and his seven goals and 10 assists attest to this.

The Serbian star also works hard and tracks back so often that sometimes he could pass for a defensive midfielder.

Sydney may or may not become the A-League's first 'invincibles' but they are raging hot favourites to land their second premiership.

They overcame what some thought was a mid-season slump in form that now would appear to be just a little aberration that can happen to any team.

Victory coach Kevin Muscat may have had a point when he said on the eve of the match that his team's best was better than Sydney's.

Victory's movement and attacking verve are probably more eye-catching if not more effective but the bottom line is their defence is nowhere as solid and reliable as that of Sydney who have made their rearguard the platform for success.

Sydney have scored 38 goals to Victory's 37 but the biggest disparity ls in the 'goals against' column: seven to 23.

As a former uncompromising defender, Muscat would have to be the first to appreciate the meaning of these telling figures.

The relentless Sky Blues therefore move inexorably towards their date with destiny and write a new chapter in their history.