Remember the name Marlos Moreno... he's a star in the making

It is the best thing about what I do, the biggest privilege of covering South American football – that moment of joy when you catch an early sight of a little known youngster who may be destined for greatness. 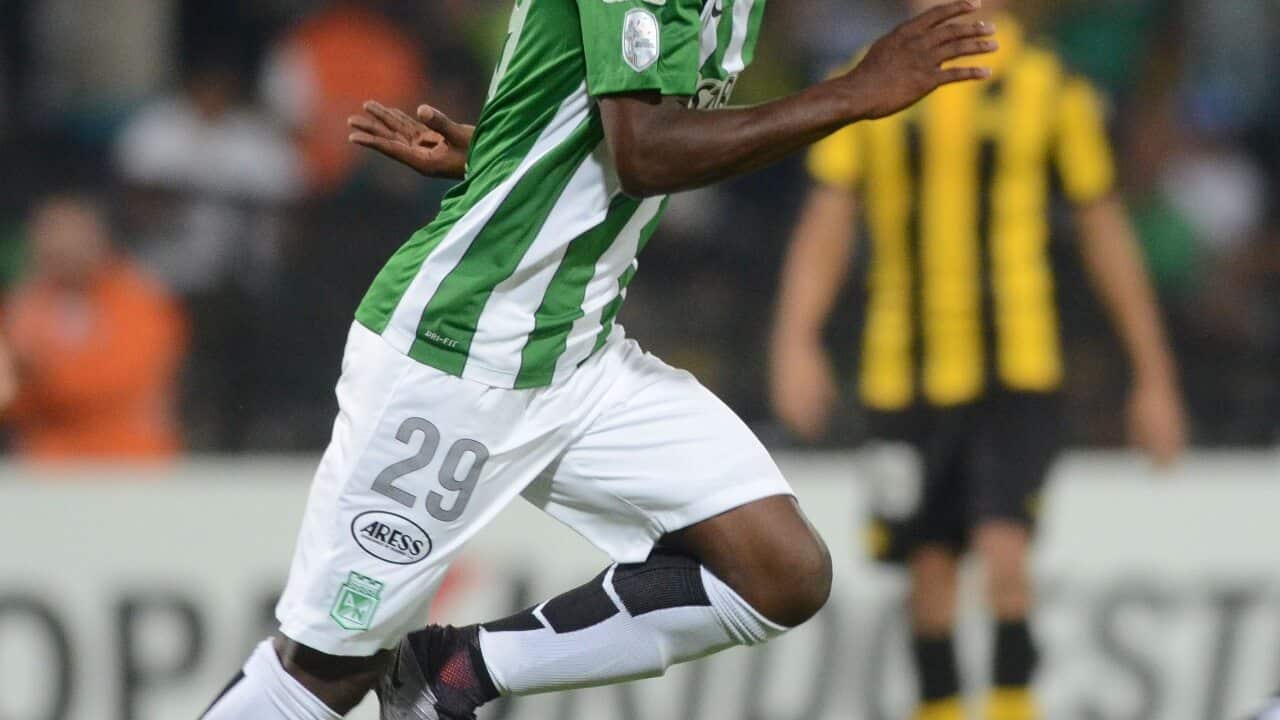 In the 22 years I have been living over here there have been plenty of careers I have been lucky enough to follow from the start. The highlight, of course, is Lionel Messi

Little known even by Argentina when he was called up for the South American U-20 Championship at the start of 2005 in Colombia. He was two years younger than the rest of the players and seemed half the size, an unimpressive figure – until the ball was tied to his left foot and all of us fortunate enough to be watching were aware that we were in the presence of something very special.

For all his promise, back then it would have been rash indeed to predict that he would go on to define an era in the game. There are no guarantees. Players can get injured, lose form, confidence or interest, make a bad move.

Advertisement
One of the stand-out youngsters I have seen in recent years is midfielder Cristofer Gonzalez of Peru. I caught one of his first games for Universitario and was instantly struck by his qualities. The way he would dip his shoulder, or find a clever angle for a pass reminded me a little of Paul Gascoigne in his prime. He even scored with his first ever touch in international football.

However, when he got his chance in the Copa Libertadores he could be reminiscent of Gascoigne at the end of his playing days – off the pace and ineffective. He is now 23 and with Colo Colo of Chile, where he is not getting a regular game.

One of his early coaches got in touch to tell me that, unfortunately, his attitude did not match his talent. Gonzalez is one, I fear, who will not come close to fulfilling his immense potential.

Hopefully this will not be the case with the latest discovery, Marlos Moreno of Colombia's Atletico Nacional. The 19 year-old made his league debut as recently as September. I watched some of his first matches and was soon captivated.

He was cutting in from a starting position wide on the left, showing fluid movement, excellent one-against-one skill and the capacity to get into the box and score. He was quickly proving that he could perform in big matches.

Nacional went into the second leg of the final of the Colombian championship trailing 2-1. He scored the vital goal that forced a penalty shootout, and it showcased some more of his virtues. He dropped deep to combine, passed and moved and ended up with a slalom dribble and a clever shot on his weaker left foot.

As this year’s Copa Libertadores got underway, I proclaimed him the best young talent on the continent.

Three matches into the competition he has more than lived up to the billing. Nacional have won all three, and
he has scored
in all three. His goals have been
struck with fierce conviction
and
clinical precision
.

But every bit as impressive has been his all round play, his capacity to work anywhere across the attacking line, to find space, to pick the right pass, to play intelligent one-twos and to operate as part of a team. He has been exceptional.

Colombia coach Jose Pekerman would seem to agree – Moreno is not in his country’s U-23 squad that will shortly face the USA in a play-off for a spot in the Olympic tournament – because he has been named in the senior squad for this month's 2018 FIFA World Cup qualifiers.

Of course, it is very early to pile on the praise. Moreno is enjoying that golden, fearless phase when nothing goes wrong.

He is part of a good team, a solid unit with experienced players such as Victor Ibarbo to help him. Coach Reinaldo Rueda is a youth development specialist. Everything is working in his favour.

There will inevitably be reverses ahead. No career is complete without them. The true test, always, is bouncing back after the failures.

For the moment, though, it is all triumph and glory, with the player recently declaring his aim to be better than his illustrious compatriot Faustino Asprilla.

Can he cope with the expectations that he is helping to pile upon himself? Will he remain as committed once the big money starts rolling his way?

As mentioned above, there are no guarantees but not since the likes of Sergio Aguero, Alexis Sanchez and Neymar have I been so enthusiastic about a young player.

I am hoping that in a few years I will be able to boast proudly of having been lucky enough to follow the Marlos Moreno story from the beginning.