Mitch Nicholas has admitted he believed his football career was over and revealed his drug arrest was the biggest reality check of his life. 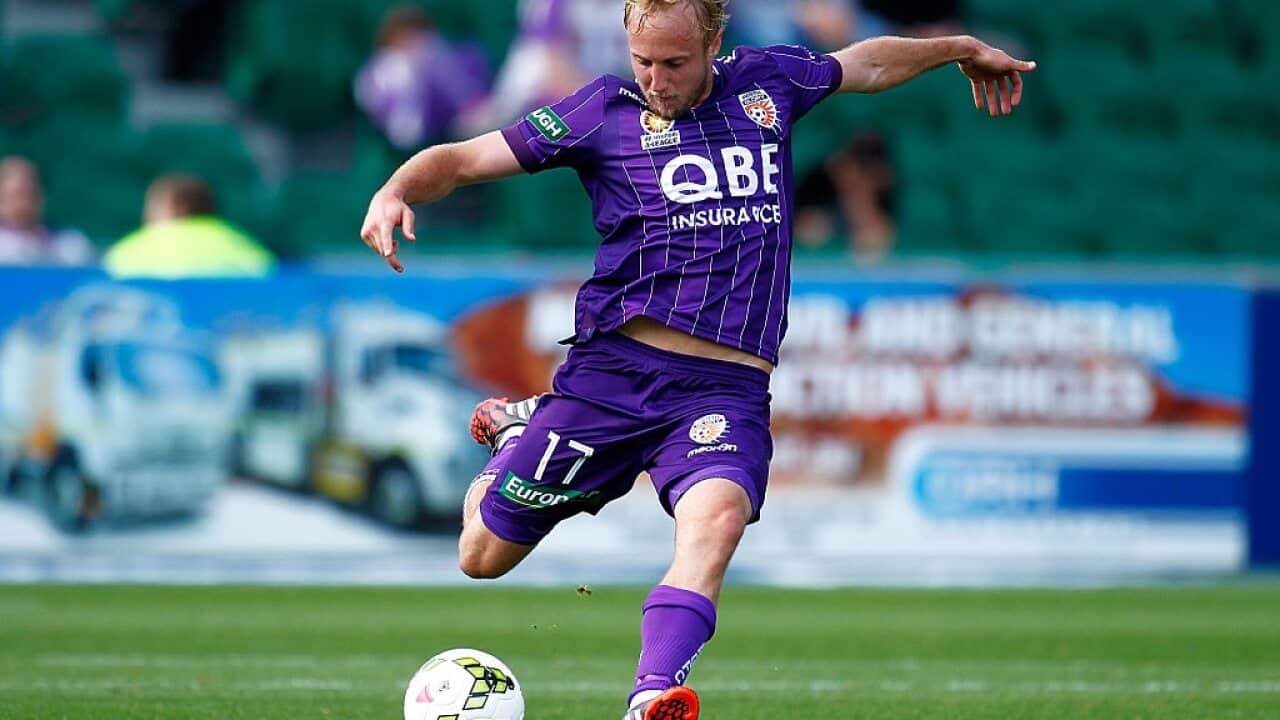 Mitch Nichols will wear the purple of Perth Glory once again this season after signing a two-year deal. Source: Getty Images

A remorseful Nichols, who last month admitted to cocaine possession after being caught with 1.1g of the drug at nightclub Casablanca in Sydney's Double Bay, told the Herald Sun his arrest cost him a deal in Europe, but that was nothing compared to the agony of facing his mother.

The 28-year-old was this week thrown a lifeline by Perth Glory who inked the midfielder to a two-year deal despite his recent off-field drama and the shadow of a yet-to-be-served four game ban handed down by Football Federation Australia.

“Getting arrested, going to court, having your face splashed across the news, making that phone call to your mum. These are things you never want to do,’’ Nichols told the Herald Sun.

“Mum gave me the third degree a few times. I deserved it. It’s a big lesson and it’s cost me in a few ways. It’s something I’ll never repeat.

“People look at me differently now and rightly so. It doesn’t sit well, it’s affected everything, but that’s my fault and I have to cop that.

“Straight after you can feel people’s eyes on you and it’s not for football. It’s for something you don’t want to be associated with. It’s not a good feeling.

“It’s been pretty tough. I stuffed up and I’ve got to prove to people I’ve learnt and moved on.

“A good behaviour bond was the best outcome with the situation I put myself in. (With) a criminal record, you can’t travel, can’t work overseas. It would’ve impacted the rest of my life.

“It was a big wake up call and makes you realise football can be taken away (quickly). I let down my family and friends and the football community.’’

Nichols said he is determined to right his wrongs so he isn't remembered by his mistakes.

“I’ve got to let my football do the talking, I don’t want to be remembered for this incident,’’ he said.

“Even off the field, making the right decisions with my health and lifestyle.

“I did (think it was over). I was wondering if I was going to play (again).

“Football was almost taken away from me, it was my own fault. It wasn’t a good month, still isn’t and I’m still dealing with it.’’

The attacking midfielder said he won't be taking his A-League second chance lightly.

“I owe it to Perth for giving me a chance when I didn’t think anyone would,’’ Nichols said.

“I’ve gotta go there and pay them back and have a big year under Kenny (Lowe).

“A few clubs were interested but I felt like Glory were the best fit for me. I’ve been there and I felt like I have a bit to do, go back there and win something.’’