Renato Sanches must become a central figure for Portugal

It took until the quarter-final stage but finally Portugal started their most prodigious talent, Renato Sanches. For the team to now actually win a match in 90 minutes, he needs to play in a more central role. 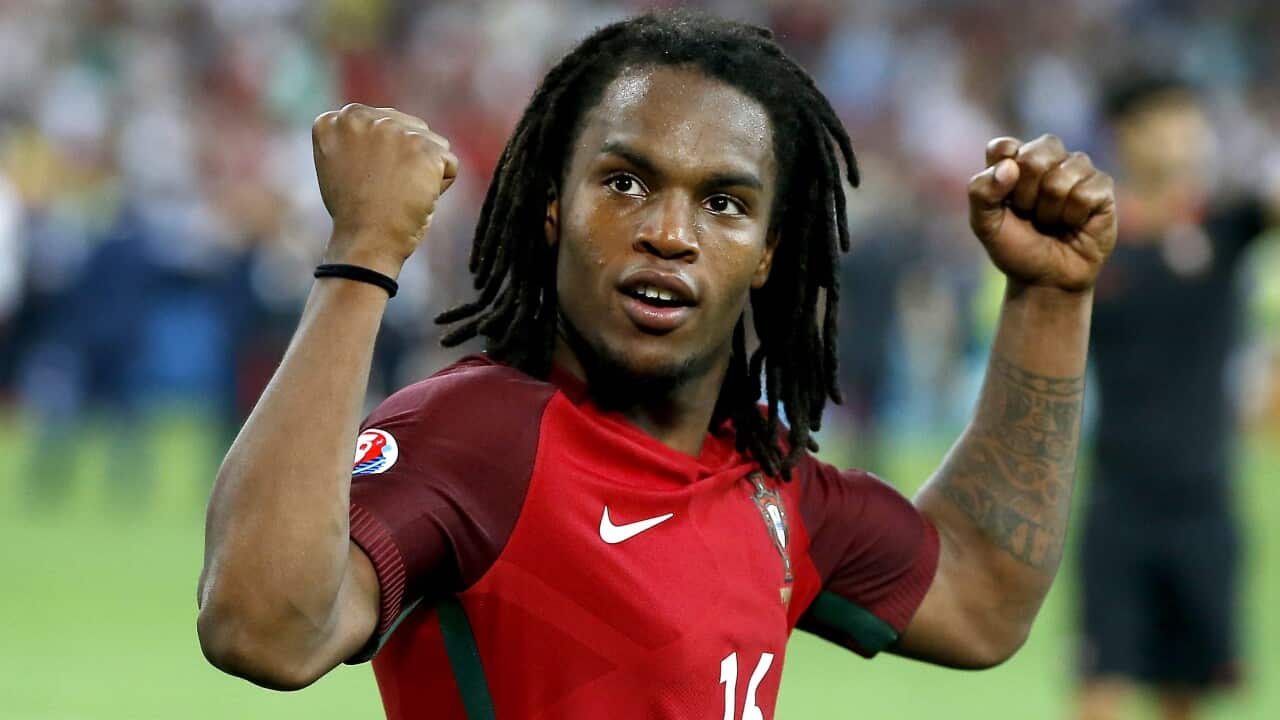 Advertisement
For those that hadn’t heard of Renato Sanches before UEFA EURO 2016, they will have taken notice now.

The 18 year-old became Portugal’s youngest ever starter at a EURO (even younger than Cristiano Ronaldo) and his goal, even with a slight deflection, demonstrated the skill, intelligence and composure of the teenager.

He was completely undaunted by playing on one of the world’s biggest stages and for those that have had the privilege of watching him since he made his Portuguese Liga debut, it came as no surprise.

That debut, by the way, only came in October last year and this is what he did for Benfica three matches later.

Since then he has been signed by Bayern Munich with a transfer fee of $52 million – it may turn out to be a bargain.

Sanches had already made a great impact for Portugal in the last-16 match against Croatia. In fact his introduction swung the contest Portugal’s way, as he managed to put pressure on the Croatian midfield and then led the counter attack that ultimately won the game.

Once he took a more central role against Poland in the quarter-final, he was superb, giving what has so far been a relatively limp Portuguese attack, thrust and incisiveness.

In the second half and once Renato had pulled Portugal level, he reverted to wider role and Portugal missed his presence in the middle.

In that second period it seemed Portugal were obsessed with getting crosses into Ronaldo and Nani, who were often outnumbered by the aerially strong Polish defenders.

It’s obvious Fernando Santos had his reasons for pushing Sanches wide and instructing the team to cross more often, but that strategy failed to truly penetrate the Polish defence.

From a fan’s perspective it was difficult to witness a national team that has in the past been such a joy to watch and provided so many glorious defeats to now grinding out results.

I’m sure many Portuguese are longing for the days of Luis Figo, Rui Costa, Joao Pinto, Paulo Sousa and Pedro Barbosa (he was vastly underrated) taking the mickey out of opponents, even if it ultimately led to nothing. Well I am anyway.

Or even for the days of Deco strolling nonchalantly through midfield and then threading a a magical pass to Simao Sabrosa marauding down the line.

Yet the draw at EURO 2016 has been exceptionally kind to Portugal and now a team that are yet to win in 90 minutes, or even excite to any great extent, have a golden chance to make the final.

That’s tournament football however, where fortune can play just as a big a role as the technical and tactical elements.

Still there is time for Portugal to revive their beautiful football past and Sanches can play a vital role in doing so.

If he is allowed to play through the middle and given the freedom to combine with the nation’s other promising midfield stars, Joao Mario and Andre Gomes then this Portugal side can produce the type of football that has become synonymous with the national team.

With the final in sight, let’s hope the Portugal of EURO 2016 are remembered for more than just grinding out results.