Tim Cahill is set for crisis talks with City Football Group executive Brain Marwood this weekend which could determine his Melbourne City future. 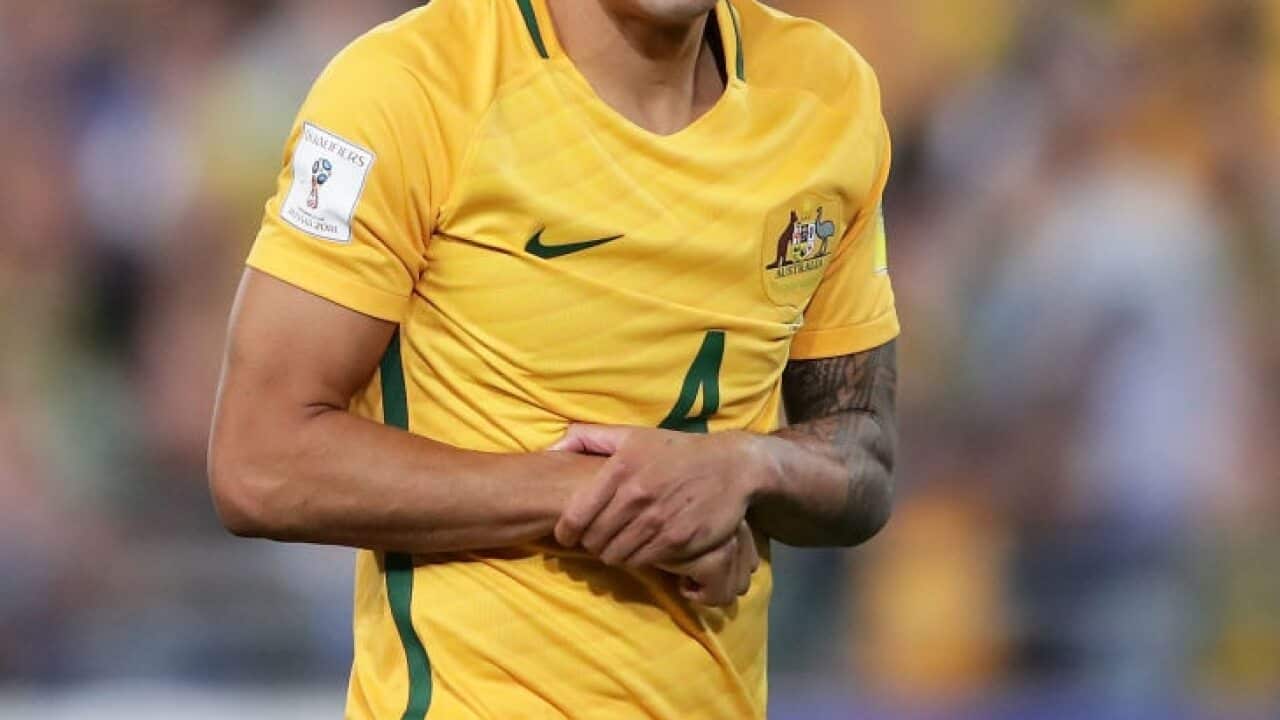 But the Socceroos talisman can expect no guarantees of enhanced game time, or an easily expedited passage elsewhere, as Melbourne City prepare to play hard ball with their costliest asset.

Marwood is due in Melbourne at the back end of the week on pre-determined club business, but Cahill's future now tops the agenda after the veteran attacker's public pronouncements that he'll "find a way to play more" if coach Warren Joyce continues to leave him on the bench.

The club are unimpressed with Cahill using a TV platform after Australia clinched World Cup qualification with their win over Honduras to voice his displeasure at being used so sparingly this season.

Advertisement
"I've got to make some big decisions on the level of where I'm playing at and what I'm going to do," added the 37-year-old, who is desperate to retain his match fitness heading into Russia 2018.

Marwood and the club hierarchy would have preferred he kept his grievances in-house and Cahill is unlikely to be afforded any special dispensations when the parties meet.

The City Football Group (CFG) invested around $2.2 million in Cahill over three years, with the FFA understood to have kicked in another $800,000.

Cahill collected around $1.8 million of that last season in a heavily front-ended deal.

With the incentivised component of the deal downgraded this season, Cahill can expect as little as $200,000 from City, not including bonuses.

He has 18 months remaining on the contract, with the final year acting as a proposed transition into coaching.

However, all is up in the air now as Cahill, whose relationship with Joyce has been frosty since the Englishman's arrival, seeks either first team football assurances or a move elsewhere.

Joyce has told Cahill that his physical attributes are not always compatible with the style of football he is attempting to employ, an explanation which did little to endear him to the Socceroos' all-time top scorer.

Hence the validity of recent reports claiming the pair's relationship is "at breaking point".

There is the possibility of a January swap deal with another A-League club, or a transfer offshore.

However, it's difficult to envision a plethora of bidders for a player, who despite his enduring pedigree, turns 38 on December 6.

In any event, Cahill will not be allowed to leave without some form of compensation.

The CFG were hoping the acquisition of Cahill would boost City's attendances and enhance commercial activity - but neither have eventuated.

All eyes will now be on Friday night's visit of Perth Glory to AAMI Park, and just where Cahill fits into Joyce's jigsaw, with four-goal signing Ross McCormack currently the first choice striker.