Borussia Dortmund's attacking midfielder Marco Reus is ready to make a welcome return for the Ruhr club after his latest injury nightmare. 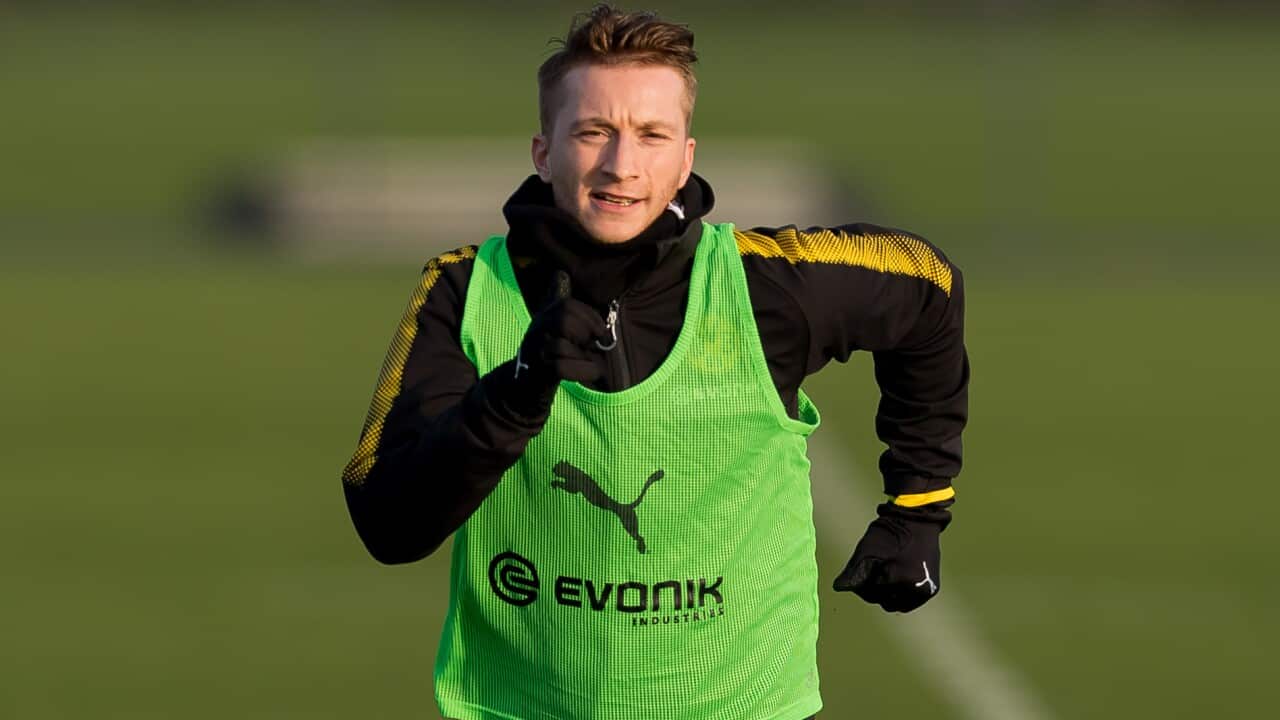 The 28-year-old, a player who can unbalance the tightest games with a moment of inspiration, has been out of action for eight months after tearing a knee ligament in their Cup final win over Eintracht Frankfurt last May.

Reus has been sorely missed in a campaign which has seen Dortmund fire one coach and drop 19 points behind runaway leaders Bayern Munich, a team they would usually hope to be challenging for the title.

"He can significantly change the course of a game thanks to his quality," said Dortmund coach Peter Stoger as he suggested that Reus could return for Saturday afternoon's (Sunday morning AEDT) visit of Hamburg.

Advertisement
"Marco has trained normally throughout the week, we know he would like to play and he knows we would like to have him with us," he said, adding that the final decision would lie with Reus himself.

"He knows his body better than anyone and it's up to him to give the signal."

With his ability to run at defenders at speed, Reus has the uncanny knack of being able to turn games almost single-handedly.

Twenty-five of his 56 Bundesliga goals for Dortmund have been the first of the match and, last season, the team managed 17 shots per game on goal when Reus was playing, compared to 14 when he was not.

Reus joined Dortmund in 2012 but has been plagued by injuries which have been especially damaging to his Germany career.

He missed the 2014 FIFA World Cup after suffering an ankle injury in a warm-up game against Armenia the week before the start of the tournament while a groin injury ruled him out of EURO 2016.

His knee injury then sidelined him for the FIFA Confederations Cup last year. In the last seven years, he has had 14 layoffs of 10 days or more.

He now has four months to show Germany coach Joachim Low that he will be fit and in form for the FIFA World Cup in Russia.

Dortmund have already expressed confidence in his recovery by saying that they want to offer him a significant contract extension.

"It would be negligent on our part not to want such a player in our ranks, especially when he comes from Dortmund and has a strong identification with the club."

Stoger, however, warned against expecting too much of the player.

"We shouldn't expect marvels from him," said the coach. "I don't want him to carry the burden of thinking he has to decide every match for us."