Former Manchester United and England captain Rio Ferdinand has opened up about his private hell after the death of his wife Rebecca in 2015, admitting he was not prepared to carry on as a single parent. 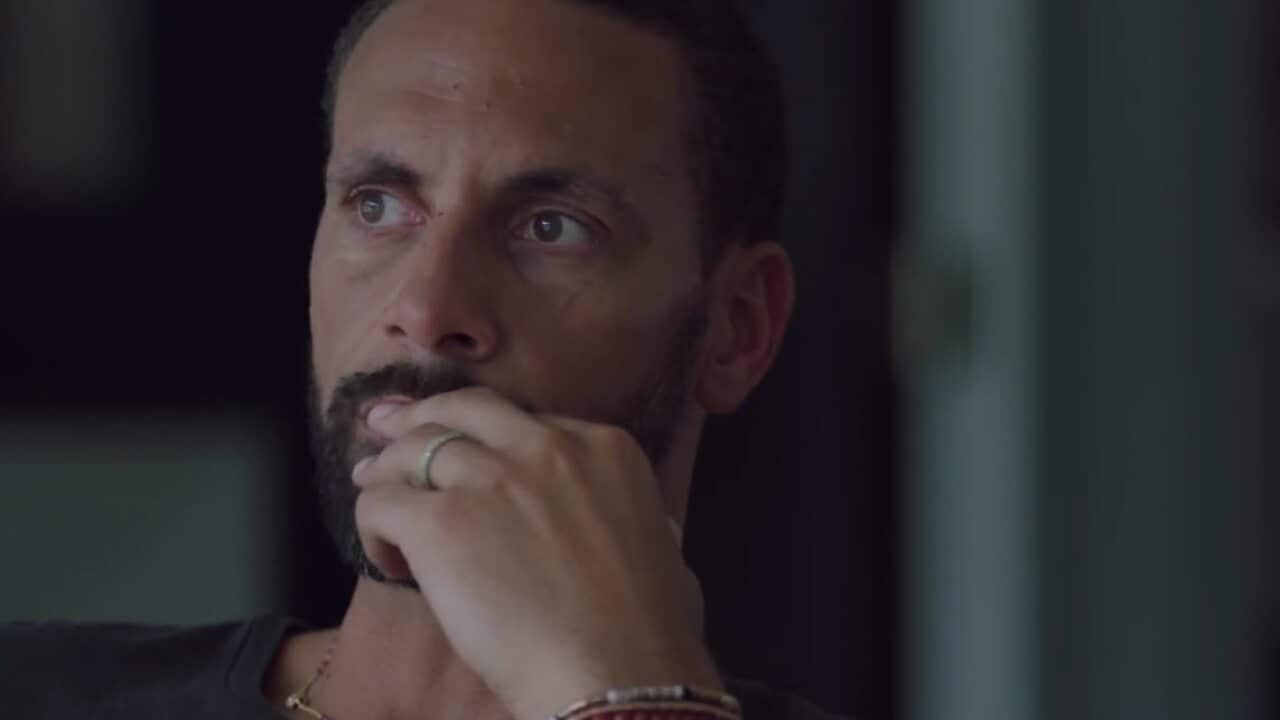 Rio Ferdinand has opened up about the loss of his wife Rebecca to breast cancer. Source: Getty Images

Ferdinand told BBC Radio 5 he was unable to talk to his three children, now aged 10, eight and five, and revealed how he battled to come to terms with Rebecca's death, including turning to alcohol.

Rebecca Ferdinand died in May 2015 after a six-week battle with an aggressive form of breast cancer despite being told she had two to five years to live.

The BT Sports pundit has spoken out about his experiences in BBC documentary, Rio Ferdinand: Being Mum and Dad, and hopes his story helps other families going through similar circumstances.

Advertisement
"It was six weeks from going into hospital and then Rebecca passing. You can't prepare. A lot of the problems I had after, I hadn't prepared to be in this position, as to what I tell the children," Rio said.

"I didn't know how to carry on with the children. We couldn't have those conversations because it became so aggressive at a certain point."

The six-time Premier League winner said it took him a long time to accept the emotional toll of his wife's death.

"I was sitting there thinking how can I ever be happy. I’m happy over here, but I look at my children and that brings me back to sadness again," he said.

"I was ignorant myself, I was thinking no way am I going to go see a shrink. On this journey, I got a great understanding that there are some fantastic people out there who help."

Ferdinand turned to alcohol in the months after her death as he struggled to adapt to life as a single parent.

“In football you don't lift a finger until you go over the white line to play,” he said,

"At home we'd go on holiday, for instance, and all I had to do was pack my own bag because Rebecca packed.

“I don’t see myself taking off my wedding ring.” Rio Ferdinand (@rioferdy5) opens up on coping with his wife Rebecca's death. pic.twitter.com/L3O8nM93sz — BBC Stories (@bbcstories) March 27, 2017

The support of family and friends has allowed Ferdinand to stay strong and move forward for his children.

"I was fortunate enough to have great people around me as well as my kids which has inspired me to get up everyday and do things to try and make it work," Ferdinand said.

"Without them it could've been a very different situation."