After playing his part for Australia in their romp over Jordan in Tuesday's FIFA 2018 World Cup qualifier, Josh Risdon returned to Perth Glory to face a much different task against one of the A-League's hottest players, Harry Novillo. 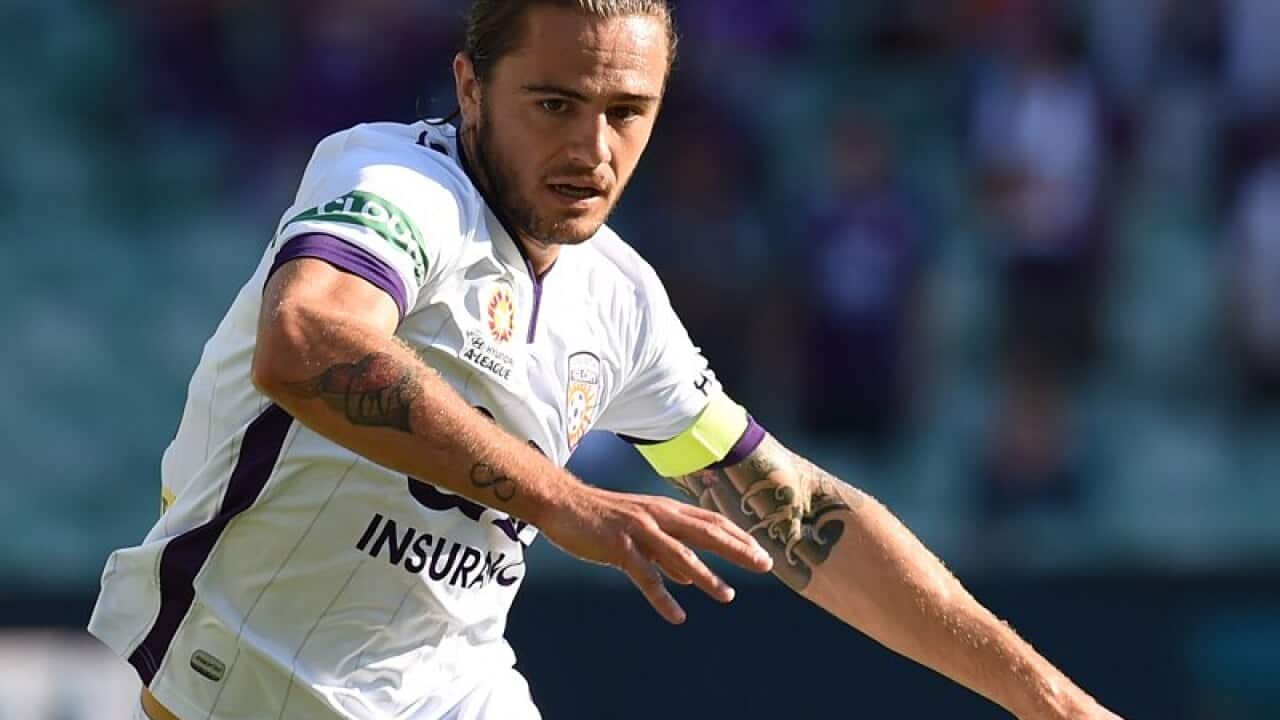 The Melbourne City attacker is bound to throw a lot more at Perth right-back Risdon in Sunday's game at nib Stadium than Jordan managed in Sydney and Risdon said he was preparing for an intense one-on-one battle with the Frenchman.

Advertisement
City striker Bruno Fornaroli is the leading goal-scorer not only for City but in the entire A-League this season, with 22, but Novillo has contributed strongly as well with 10 goals while constantly threatening on the ball. He and Fornaroli have formed an increasingly dangerous partnership.

Asked what he needed to be most aware of when facing Novillo, Risdon said it was his opponent's flair and willingness to back himself to take the ball past defenders.

"I've been up against him a couple of times and it will be a tough game for me, but a good chance for myself," Risdon said. "So hopefully we can keep him quiet.

"We'll have a video session at training and obviously Kenny (Lowe, the Perth coach) will focus on what he wants us to do and how to stop them.

"Novillo's a very fancy player and I've got to make sure I don't dive in on him and just stand my ground and make him play backwards, because once he starts hooking up with Fornaroli they can get very dangerous.

Perth have been on an extraordinary run in which they have won nine of their last 10 games and climbed to fifth place on the table. They are guaranteed of a place in the finals with two rounds to go, but want more than just that.

Risdon said Glory were gearing up for a "massive" game against the competition leaders.

"The mood among the team is unbelievable," he said. "Everyone's pretty confident. We're in form at the right time and everyone's gelling well together. We bought some new players in the January window and they've added a lot, so I think we'll be a massive threat  in the finals.

"Hopefully we can keep this run going and win our last two remaining games and push for a top-four spot.

"It's very tight on the table at the moment. We're going to go out to win and if we do we'll see where that leaves us alongside the other teams, but we've got to be at our best because City have got some unbelievable attacking players.

"Their front line is unreal and we've got to stop them from firing. If we can do that, we'll go a long way towards winning the game."

Risdon, 23, said his time with the Socceroos is having a tremendously positive effect on his football.

"It has been a great experience for me and playing in front of an Aussie crowd against Jordan made it even better," he said. "It's making me better as a player. I thought I coped quite well in that game and I was pretty happy with the way I played.

"The boss (Socceroos coach Ange Postecoglou) likes his fullbacks to play an attacking game and I like to play that way as well. I've got the freedom to get forward. That's how I play at Perth and I really like that style of play."