Robben could miss the rest of Bayern's season

Arjen Robben still has no timetable for a return to action with Bayern Munich, prompting suggestions the winger's season could be over. 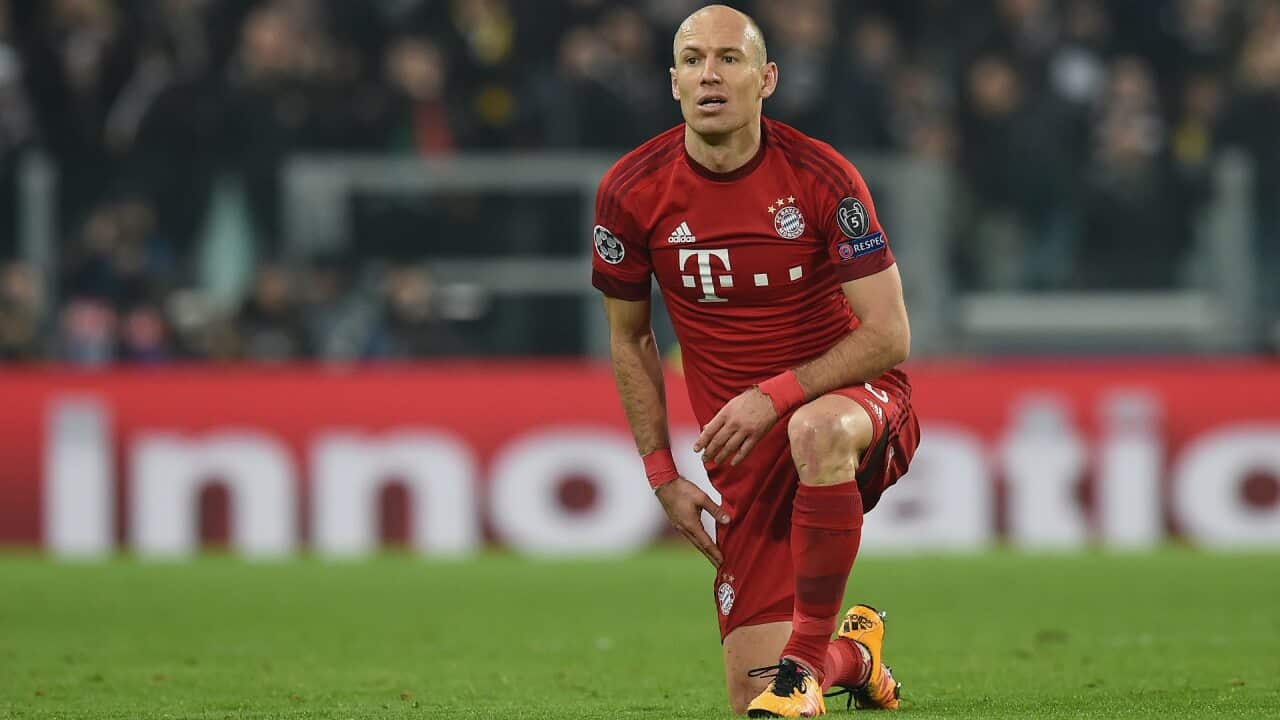 The Holland international has not kicked a ball since the 0-0 draw with Borussia Dortmund a month ago while his club have been cryptic over his condition.

Advertisement
A return to team training is not yet on the horizon and the 32-year-old, who has already missed several months of the current season with a recurring groin injury, does not sound optimistic.

"I'm working on my comeback, but there is no time frame," he told Kicker. "It's really frustrating because I was back in top condition again and was ready for the important games of the season.

Robben missed the first leg of Bayern's Champions League quarter-final against Benfica and is all but certain to miss the return leg next week, as well as the DFB-Pokal semi-final against Werder Bremen the week after.

He has been restricted to just 15 appearances in the Bundesliga this season, in which he has scored four goals.

Last season he also only managed under two thirds of his side's league matches, but he scored 17 times before his season was cut short in March.