Roda coach treating Juric with care so he won't 'break'

Roda JC coach Darije Kalezic believes he is coaxing the best out of on-fire Australia striker Tomi Juric by protecting him from a heavy training load, which he fears would "break" him. 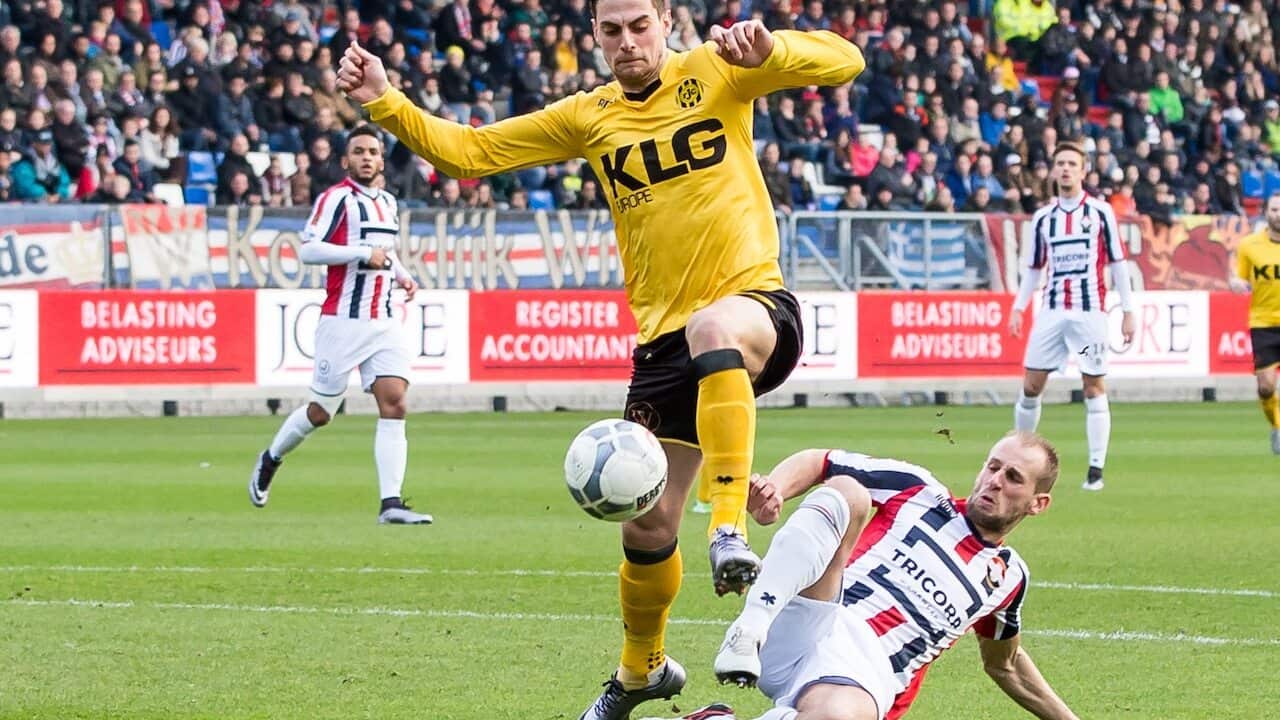 Juric has bagged seven goals in 12 games for his new club and is beginning to conjure the consistency never seen from him during a stop-start A-League spell with Western Sydney Wanderers, for whom he managed 12 goals in 34 appearances before his switch to the Eredivisie.

Advertisement
The Croatian coach is treating Juric, 24, with kid gloves – and feels if he stays on the pitch his goals might just help the struggling club stave off a relegation battle after the winter break.

With Roda just three points from safety at the foot of the ladder, Juric’s continued health is critical for survival, with Kalezic declaring: “It’s very difficult it keep him at a maximum level of fitness without same problems.

“We need to make a labatorium to give special programs, individual programs to keep him in shape.

“At the moment, we can’t play him for 90 minutes … we are working on that process so he can do that at some stage.

“If you treat him like any other player in training and then play him every week, his body will give reaction and he will probably break if you play him six or seven games in a row.

”If you push him too hard it’s asking for troubles ... so if he plays every week then we have to compensate with the way he trains to balance things.

“We need Tomi to be playing as much as possible because without him we don’t have many players to fill the gaps.

"He joined us without training for four months and at Western Sydney he didn’t play many games under Tony Popovic's rotation system, and he didn’t have the rhythm to play every week. He's also now playing at a higher level."

Juric has played three of his club's last four games after recovering from an injury picked up on Socceroos FIFA World Cup duty, scoring three goals in the process.

He was on target again, along with compatriot Rostyn Griffiths, as Roda went into the winter recess on a losing note as they come unstuck 3-2 against fellow strugglers Willem II.

“The last feedback we had from the Australian national on his fitness levels and condition has been amazing, and we are bringing up his fitness up to a point that the national team has never seen before,” added Kalezic.

The coach has no fitness conundrums with Griffiths, who has already played 17 games in all competitions as he chases a contract renewal on his one-year deal.

“He’s an intelligent player … a good player and knows everything in Holland goes faster than Australia," he said.

“He needs to adapt a bit to the pace of the matches, but he’s smart and I believe he can do what needs to be done to compensate. I am happy with him.”

Former Perth Glory starlet Daniel De Silva, the third of Roda's Australian trio, has made one start and six appearances off the bench, and is also winning the approval of Kalezic as he continues to develop.

“He has the ability to reach the level in Holland, no problem," he added. "But he is still young and we play very physical games because we are fighting to stay in the division, and its different to what he is used to.

“Tactically, physically and in terms of condirion, it brings him some steps down in my team. Maybe he needs to think a bit different at times.

“He likes to play No.10 and if you do that in my squad you need to be aware for every second and where you need to be, it’s a very important position.

“Right now, he doesn’t reach that level in the league here, especially in squad that needs to fight and run for every inch on the field. But his mentality is great and his work attitude is unbelievably good. This is a learning season for him.”

Roda has only 19 players in their first team squad and Kalezic is looking for reinforcements during the January transfer window to bolster their survival hopes.

“We have 16 points (from 17 games) and are in the last eight of the Cup. It’s going to be hard but we are going to need for or five players to make us stronger.”