Brendan Rodgers has vowed to make his mark in Europe with Celtic after being named as the new Parkhead boss. 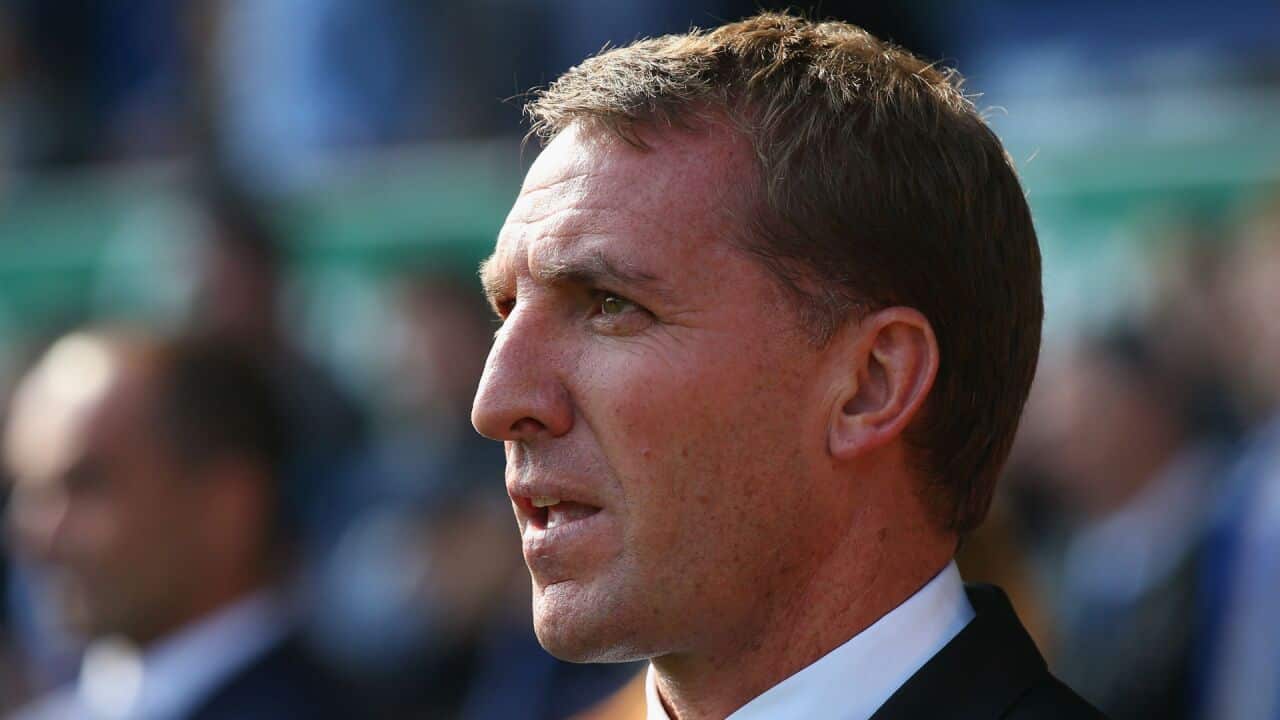 The 43-year-old's appointment on a 12-month rolling contract was announced by the Premiership champions and he will meet the media and then Hoops supporters on Monday.

The former Swansea City and Liverpool manager's first games will be the UEFA Champions League qualifiers in mid-July and he will look to take them to the group stages after an absence of two years under predecessor Ronny Deila.

Advertisement
Rodgers told the club's official website that he was 'delighted' and 'genuinely' honoured to be named manager and outlined his objectives.

He said: "The club has been in magnificent shape in recent years and has collected silverware regularly during this time.

"My objective now, of course, is to continue this work, to keep us at the top and again make our mark in Europe.

"I have followed Celtic all my life and to be given this fantastic opportunity and to be part of such a truly great football club is a dream come true.

"I will give my new role everything I have and do all I can to bring our supporters exciting, entertaining and winning football.

"I know what a magnificent support Celtic enjoys and I can promise our fans one thing - that I will be doing everything I can to give you a team that you can be proud of and a team that delivers.

"I can't wait to be in Paradise (Celtic Park) with our team and our fans as we all get to work."

Rodgers will also face the challenge of old rivals Rangers as the Ibrox club will return to the top flight for the first time in four years.

Gers boss Mark Warburton knows Rodgers from their time together at Watford and speaking on Friday at the pre-match media conference for this weekend's Scottish Cup final with Hibernian, said: "He's very experienced, well organised, a good motivator, a good man-manager. He's a manager of the highest quality.

"He's worked in the Premier League and came within a slip of winning it, so there's no doubting Brendan's qualities.

"I like him very much as an individual, so if he is the man, he would be a great choice."

Northern Irishman Rodgers has been out of work since being sacked by Liverpool last October, with the Anfield side sitting 10th in the Premier League but will arrive in Scotland on packing an impressive CV.

His first post in management was with Watford in 2008, where he helped the club avoid relegation.

He quickly moved on to Reading but while he lasted just six months with the Royals, he enjoyed a more fruitful spell with Swansea, leading the Welsh outfit to the English top flight in the northern summer of 2011.

It was his performance with the Swans, guiding them to an 11th-place finish, which persuaded Liverpool to hire him just 12 months later.

He even came close to masterminding the Reds' first English title since 1990 in season 2013-2014, only for their challenge to slip away.

He said: "We wanted to bring one of the biggest and best names to the club to match our own aspirations and those of our supporters - we believe, in appointing Brendan, that we have done this," he said.

"We have appointed a special manager and we are sure he can bring some special times to Celtic.

"Brendan is a highly-sought after manager and we are pleased that we have been able to bring such a high calibre individual to Celtic.

"He has a huge and genuine affection for the club.

"I know Brendan feels privileged to be named Celtic manager and I know he will give us everything he has to be successful at Celtic.

"Above all, he will bring huge experience, knowledge and ability to the role."

He said: "Brendan is a man with a tremendous pedigree in football management, he is someone who knows all about Celtic and someone who has a real passion for Celtic.

"He is also a manager who we believe has the talent, the drive and the determination to bring continued success to the Club.

"We are sure Brendan will receive a fantastic welcome from our supporters and we now look forward with real excitement towards next season as we tackle the many challenges ahead domestically and in Europe."

Do this in his first few weeks in the job and Deila's replacement will find he has made life a whole lot easier for himself. The Norwegian failed to cash in on Rangers' financial implosion by leading his side to the big-money group stages, despite having three goes at qualifying for Europe's premier competition. That allowed $60.21 million of potential revenue to slip through the club's fingers - a sum which would have put them out of sight upon the Gers' top-flight return. A Champions League windfall would go a long way to ensuring Celtic remain on top.

The make-up of Rodgers's new group is all wrong. Too big and stacked in the wrong areas, it left Deila looking like he had no idea what his strongest line-up was. While short on options at the back and with only one credible striking option in 40-goal Leigh Griffiths, the new boss has 17 midfielders to choose from - plus another five out on loan at other clubs. Kris Commons is arguably the most talented individual in the entire Celtic squad but was never trusted by Deila. The boss could have made a statement and moved the former Scotland forward on. Instead the club allowed him to hang around and sulk after handing him a fresh two-year deal. Rodgers will have to quickly strip out the dead wood and beef up the defence and forward areas.

3. Make better use of resources

One of the main reasons Deila was hired by chief executive Peter Lawwell was because of his track record of bringing through youngsters such as Martin Odegaard at former club Stromsgodset. He was expected to polish up the raw talent plucked out by Celtic's scouts from around the world but in the end found himself relying on many of predecessor Neil Lennon's signings as his own buys failed. Almost $8.03 million was wasted on flops Stefan Scepovic and Nadir Ciftci, with more spent on the likes of Gary Mackay-Steven, Stuart Armstrong, Dedryck Boyata, Scott Allan and Ryan Christie who have either disappointed so far or been frozen out. Rodgers next must produce a much better success rate in the transfer market.

4. Reconnect with the fans

Deila certainly knew how to whip the passionate Celtic faithful into a frenzy with the 'Ronny Roar'. But that did not disguise the fact that many Hoops supporters have grown disillusioned with the direction their club has been going in recent years. The average gate at Parkhead this year is 44,321 - meaning every time the Hoops run out at home there have been around 16,000 empty seats. When Lennon took over in 2010, he promised to restore the 'thunder' to Celtic Park - Rodgers needs to repeat the trick.

The 64,000-dollar question over the last four years has been just what state will the Ibrox club be in when they finally make their return to the top flight. Last weekend's Old Firm victory at Hampden gave the clearest answer yet. In the space of 10 months, Mark Warburton has developed a dynamic squad capable of producing spellbinding football. The Englishman insists there is still a gap to be bridged if his side are to challenge the Hoops' dominance, but after the Light Blues passed their old foes off the Hampden pitch at the weekend, that appears to be an overly cautious statement. The first derby clash will be an important marker for the season ahead and a victory for Celtic's new manager might slow down some of the momentum Rangers are building.