Australia's Tom Rogic produced a man-of-the-match performance, that included a goal and an assist, as Celtic swept aside Aberdeen 4-1. 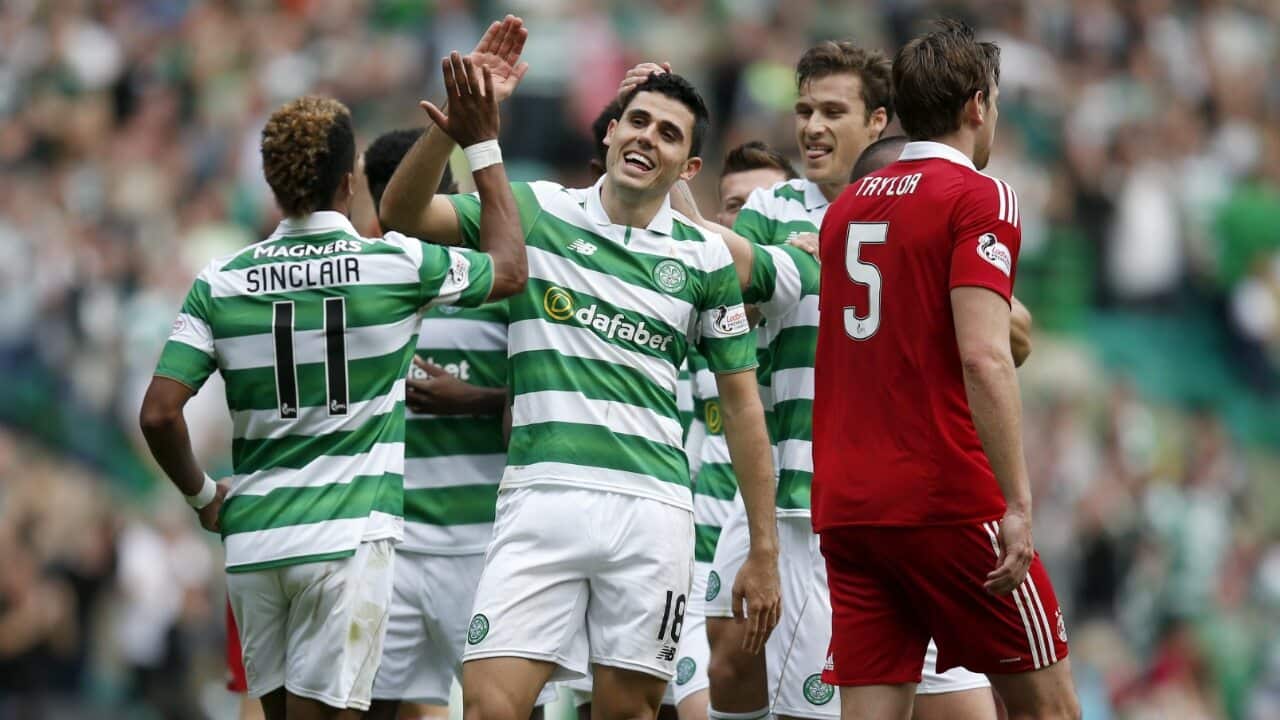 Rogic was at the heart of Celtic's attack, hitting the crossbar with a thunderous drive in the first half before setting up James Forrest to make it 2-1 to the Hoops.

The former Central Coast Mariners midfielder sealed the win with a brilliant free-kick in the 90th minute, his fourth goal in eight matches this season.

Advertisement
Earlier in the match, Leigh Griffiths opened the scoring in the 13th minute for Celtic in stunning style with a wonderful left-foot shot.

Adam Rooney equalized for Aberdeen in the 32nd minute, before Rogic set up Forrest 10 minutes later to regain the advantage for Celtic.

Scott Sinclair converted a late penalty to make it 3-1, before Rogic crowned his star performance with a stunning free-kick.

Rogic will now head to Perth to meet up with his Socceroos teammates as they prepare to face Iraq on September 1.

Celtic are top of the table, one point clear of arch-rivals Rangers, with a match in hand.