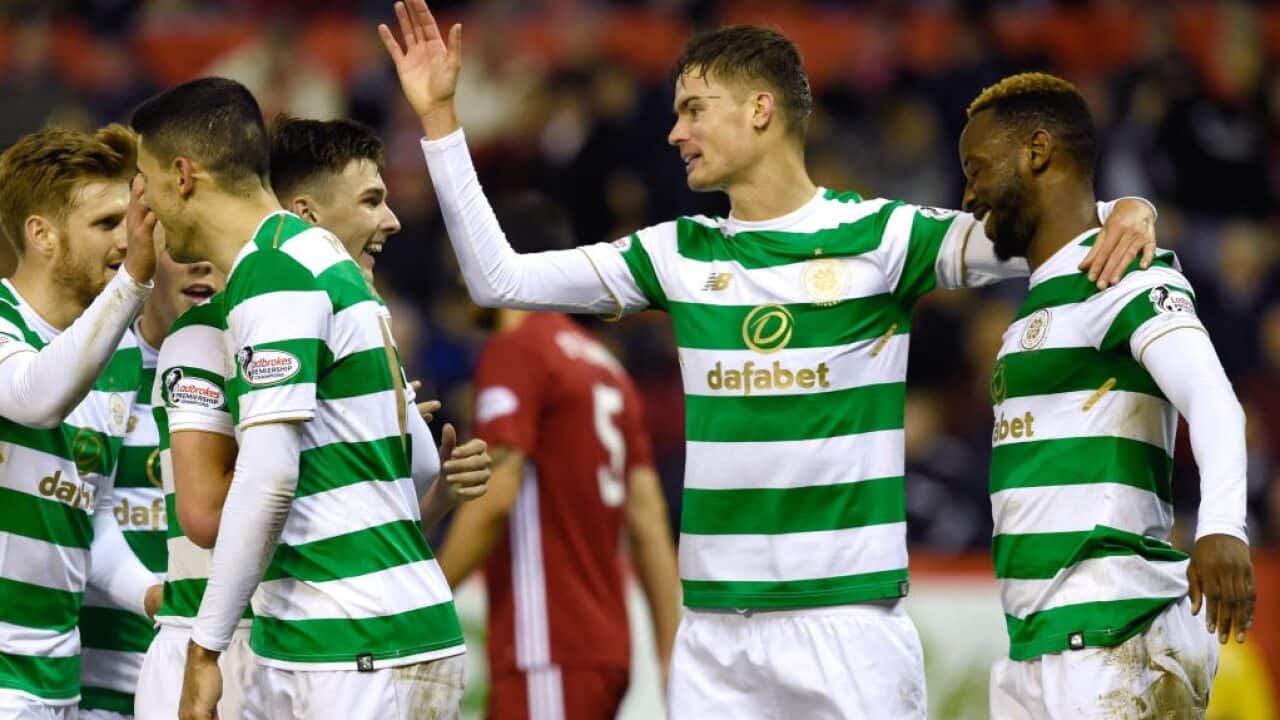 Only goal difference separated the sides at the start of the evening but a huge gulf in class was revealed as first-half goals from left-back Kieran Tierney and the French striker had the desperate Dons on the ropes.

Dembele, who had come off the bench to score twice in the 4-2 Scottish Cup semi-final win over Hibernian at the weekend, headed in a second in the 63rd minute and there could have been more before the end.

Aberdeen lost six times to Celtic last season, including in both domestic cup finals, and again they found the imperious Parkhead men simply too good.

Advertisement
The powerful, pacey and talented Hoops have now gone 61 domestic games unbeaten and, on this form, a second successive Scottish treble without losing a game cannot be discounted.

For the Dons, on-loan attacker Ryan Christie had to drop out against his parent club, replaced by Andrew Considine.

Home captain Graeme Shinnie tested Hoops keeper Craig Gordon with two early drives from distance but Celtic's response was to shake themselves, race up the park and take the lead.

Dembele sped down the right past defender Kari Arnason and his cross evaded everyone until it found Tierney who, from an unlikely angle, lashed a shot high past Dons keeper Joe Lewis and in off the bar for his first league goal of the season.

The Parkhead side moved up a gear and, in the 18th minute, Lewis threw himself to the right to beat away a Rogic drive from outside the box.

Dembele was booed by the home fans when he went down rather easily as Arnason challenged inside the box, referee Craig Thomson taking no action on that occasion but booking the Dons defender moments later for a foul on Rogic.

The Glasgow side were slick and sharp and in the 38th minute, when Tierney raced 40 yards down the left and crossed for Dembele to knock in from three yards out, the points already looked safe.

Lewis had to save from Stuart Armstrong barely 30 seconds after the restart as Celtic came out determined to stay on top.

As the home side were forced to gamble, Rodgers' outfit broke with speed and purpose.

Dembele and Rogic both had efforts before back-tracking Arnason did brilliantly to block a goal-bound Callum McGregor shot after Lewis had parried a Forrest drive.

The inevitable next Celtic goal came from a deep Armstrong free-kick headed back by Dedryck Boyata for Dembele to head in from almost on the line.

It was too easy for the relentless visitors.

There was an ignored claim for handball against Celtic skipper Scott Brown inside his own penalty area in the latter stages but the Hoops had eased off by then, managing the game to its one-sided conclusion.