Roma overcome Frosinone as El Shaarawy nets on his debut

New loan signings Ervin Zukanovic and Stephan El Shaarawy combined on their debuts to set Roma on their way to a 3-1 home win against Serie A strugglers Frosinone. 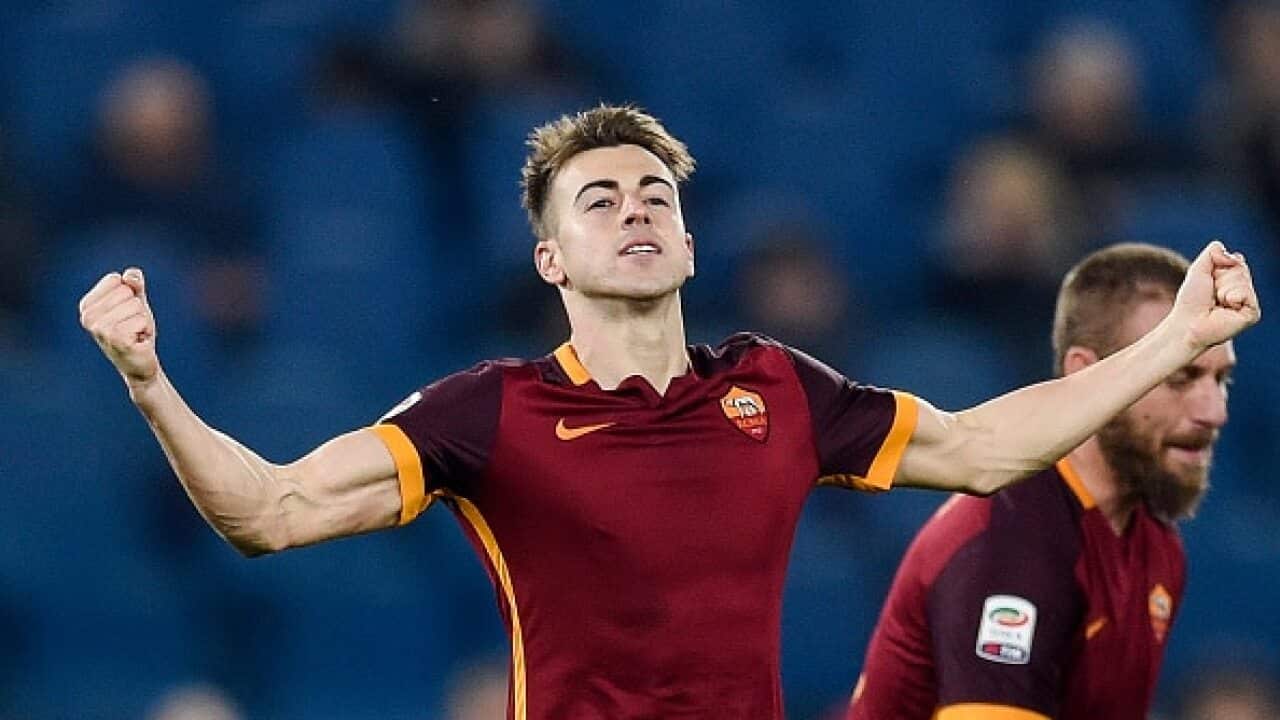 Miralem Pjanic sealed victory for Roma with a late third.

Roma's Champions League hopes had faltered in recent weeks but the arrival this week of El Shaarawy and Zukanovic, from AC Milan and Sampdoria respectively, helped inspire them to their first win in five league matches.

Zukanovic, who only arrived on Friday, was soon in action when he headed clear a dangerous ball in from under his own crossbar.

But after soaking up early pressure Roma took an 18th-minute lead through Nainggolan, who managed to steer the ball home under pressure after being played in by Pjanic.

Szczesny's opposite number Nicola Leali showed quick reflexes to divert Nainggolan's goalbound effort and then turn away Edin Dzeko's shot on the turn as Roma looked to regain the lead, but the scores remained level at the break.

El Shaarawy announced his arrival in the capital three minutes into the second half. Zukanovic crossed from the left and the Italy international back-heeled the ball first time beyond Leali.

Frosinone defender Arlind Ajeti headed the ball on to the crossbar from a 79th-minute corner, but Roma made sure of the points with six minutes remaining when veteran substitute Francesco Totti fed Pjanic in the box and the Bosnia and Herzegovina international applied a neat finish.

Veteran forward Alberto Gilardino put the Palermo in front but Carpi substitute Matteo Mancosu won and converted a 74th-minute penalty in their 1-1 draw.

Sassuolo are level on points with Milan in seventh having claimed the same scoreline away at Atalanta, German Denis scoring on his farewell appearance for the home side to quickly cancel out Domenico Berardi's 27th-minute opener, firing home the rebound after Andrea Consigli saved his initial penalty.