It was a case of Ruby Roseman-Gannon (ARA-Pro Racing Sunshine Coast) making comebacks of two different kinds to win in Inverell. She had to fight back from some misfortune in the final 500 metres of the sprint and even getting to the Gibraltar Range startline was a challenge after returning from injury. 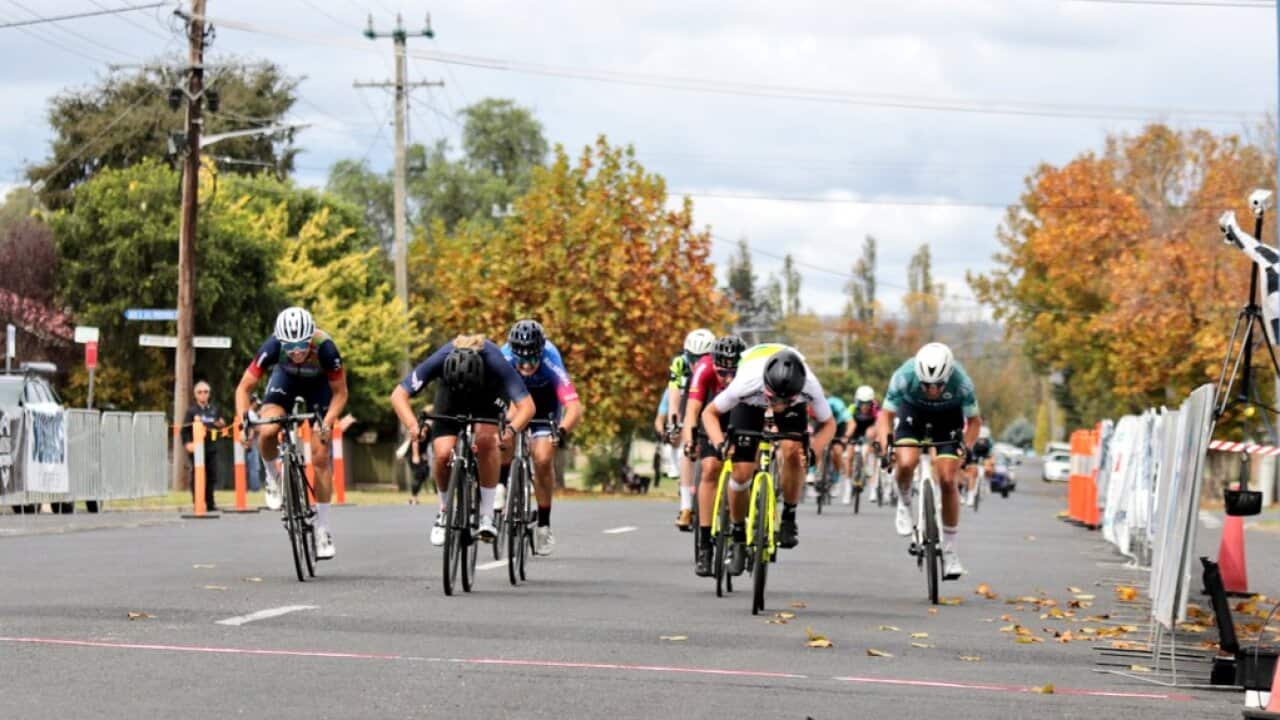 The women's Gibraltar to Inverell was a new National Road Series event for 2021, a race that started at the top of Gibraltar Range, famous for its inclusion as the main climb in the men's Grafton to Inverell, run on the same day. The event had been run before over a similar course in the early 2000s with Jennifer Manefield, Kathy Watt and Natalie Bates winners in the past.

The 136-kilometre route took in the back half of the men's course, with the traditional climbs of Wire Gully/Griffin Grindal Hill and Waterloo expected to be the main obstacle for riders competing for the win.

Despite aggressive riding on the climbs, a headwind and some defensive riding by a number of teams hoping to keep things together for a sprint meant that there were no attacks that gained any significant advantage throughout the entire race.

The Inverell finish came down to a sprint to the line, with Roseman-Gannon having to avoid a slowing motorcycle within the final 500 metres, recover her position to the front group and then sprint to a narrow win over Josie Talbot, with Peta Mullens (Roxsolt Liv SRAM) completing the podium in third.

"It was a really big group over the final climb," said Roseman-Gannon. "It was very fast, my team were at the front and leading me out perfectly. There was a bit of hustle and bustle heading into the corner and I got pushed off my leadout train.

"I thought I'd just cut in the corner and push back out coming out of the corner, but there was a motorbike right on my line that was stopping. Peta, Matilda (Raynolds) and Nicole (Frain) all got caught up behind that and at that point - I think it was about 500 metres to go - I thought that was my race over.

"I didn't really have time to think but I was not happy about that situation. I somehow managed to get back to the group that was sprinting and had the legs to go around. I'm really glad that I could, I would have been devastated not to finish off the job that my team had done all day sacrificing for me."

The 22-year-old sprinter consolidated her lead in the National Road Series with the victory, and talked of how her ARA Pro Racing Sunshine Coast team had worked to keep the race in check for her to sprint to the win.

"Our team, we weren't necessarily against a move getting away but we wanted it to be the right combination," said Roseman-Gannon. "Then we lost one of our riders to a pretty bad crash, two of our other riders were caught up in it and we changed tack to definitely not letting anything get away. We didn't have the numbers to bring it back.

"Specialized, especially Lizzie Stannard, put in a lot of attacks, but I think our team, particularly Anya (Louw) and Maeve (Plouffe) really helped me cover a lot of moves. Sam de Riter went down in the crash, had a really sore calf, but chased on for 20 kilometres and then went straight to the front and led me out to the last two kilometres. Our team played a part in not letting things get away."

What made the win against the best domestic cyclists in Australia more remarkable was the fact that Roseman-Gannon was only back on her bike for four weeks ahead of the race, making a return from a nasty crash that had seen her require surgery on her knee and to keep it immobilised while the skin reformed. The images of the injury are quite intense and well worthy of the Instagram content warning.

"Initially when I first crashed, I was blissfully ignorant of how long it took skin to heal. I thought maybe a week off the bike. It ended up being three, mostly in the knee brace. It was right on top of my knee and quite deep, so I couldn't bend my knee."

The Victorian sprinter/climber returned home from her base in Adelaide to the support and nurturing environment of the Victorian Institute of Sport (VIS).

"I went back home to my roots, to the VIS and work with the physio and my old coaches there as part of the rehab process. Steve Hawkins and the other staff at the VIS nursed me through it," said Roseman-Gannon. "It was quite a grind, looking at some really low numbers on my power meter for a few weeks but I finally got there.

"It was more a mental battle than anything else, that I had the confidence that I could get back to where I was in a relatively short period. I knew with my power numbers I was going pretty well, I'd done a 10-minute PB a week earlier and my sprint numbers were going good as well. But I wasn't really sure where I was, I wasn't too keen to go into the red as I didn't know how I'd recover."

The future looks bright for Roseman-Gannon who has a rare mix of very good climbing ability to go with her top-tier sprinting legs. She's shown that she's got what it takes to mix it with the best in limited opportunities during Australian summer races against local and international competition and many local pundits have her earmarked as worthy of a step up.

Where that next step will be is a bit in flux with the coronavirus restriction situation, the current Olympic cycle of the track and the ever-present distance and financial barrier of a leap to Europe all factors in any developing rider's decision matrix.

"I'd never gotten to the point where I'd proven myself for the Olympics this time," said Roseman-Gannon. "It would be cool to be there, but realistically I wasn't. The track academy is pointed towards the 2024 Olympics, that's the goal and why I'm in Adelaide. It would be cool to be a part of the team to see what we could do.

"I want to see where I am on the track, I did a track block last year, but I didn't really get to test it. I'm going into a track block now for some TP (team pursuit) trials in July. Hopefully, I can put a line on the board and show where I'm at."

READ MORE
Aussies that can go pro in 2022

If past performance is any guide, that line should be a pretty high one, particularly drawing a formline through her battles with young star Sarah Gigante at the NRS National Tour in the Tweed last year. Gigante hasn't looked out of place, slipping into racing at the top level until a crash at Fleche Wallonne brought an abrupt end to her Classics campaign.

"I've been following the racing," said Roseman-Gannon. "Sarah, Grace (Brown) and Neve (Bradbury) are all Victorians and it's been great to see them going around. Grace is smashing it, Sarah was doing well until her crash and Neve as well.

"If COVID wasn't around we'd probably be going over to do some road. But that's the way it is. We're so lucky in Australia to be in the situation we are in, it makes it easier in some ways, I can just focus on riding my bike and don't have to worry about the health concerns. It's frustrating, I'd love to be over there, but we're dealt our hand of cards, it's not too bad being here."

Roseman-Gannon is a developing athlete who appreciates where she's come from, and every new achievement is another milestone on what many within the cycling community will be a long, successful career. There was a touching moment at the race on Saturday, where Alan Grindal, winner of the first Grafton to Inverell back in 1961, greeted the newly minted victor of the women's race. It was a reunion for the pair as Grindal was one of the first coaches in the sport back in 2004 for a 6-year-old Roseman-Gannon.

"I actually got a bit emotional when I saw him," said Roseman-Gannon, "it means a lot to me to have someone like him still watching me at a race he'd already won. I saw him at the finish line, we took some photos and had a good chat."