Josh Risdon, one of the Socceroos' surprise success stories at the FIFA World Cup, has been targeted by two Russian clubs and another elsewhere in Europe. 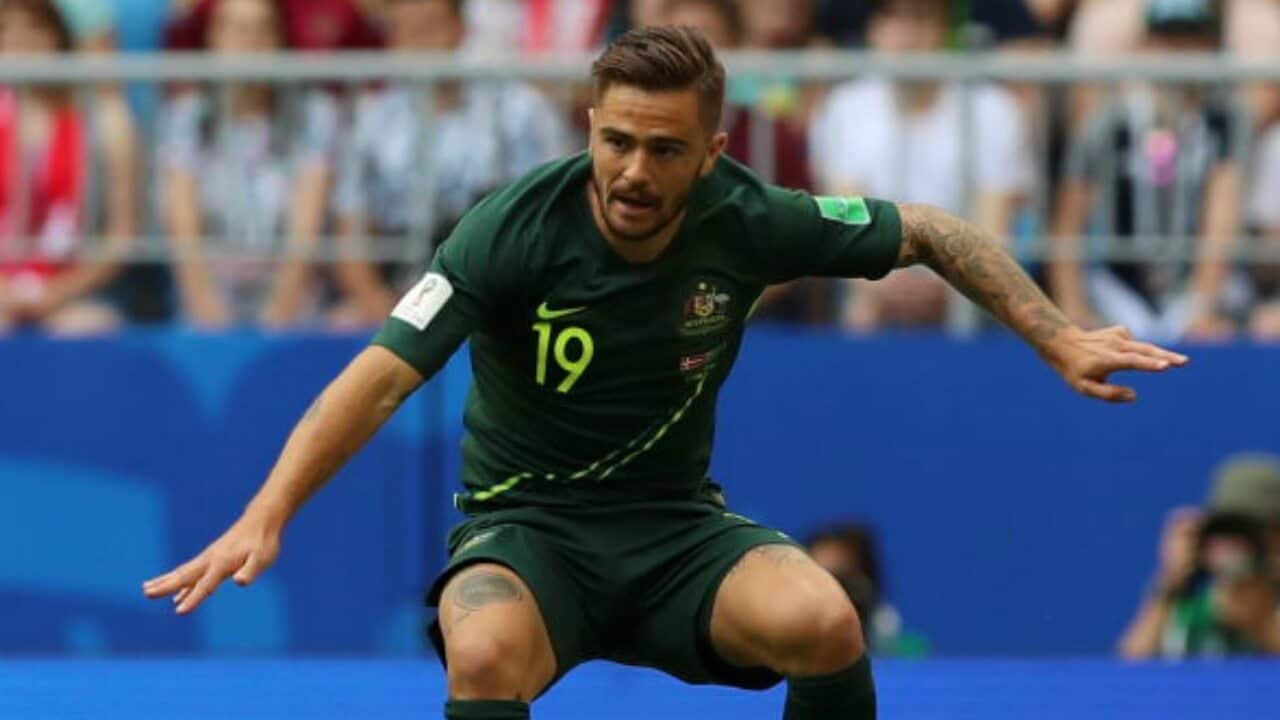 Josh Risdon in action for the Socceroos Source: Getty Images

Unflappable against France and Denmark, the unheralded Western Sydney Wanderers right-back came into camp a month ago with it all to prove to Socceroos coach Bert van Marwijk.

But he has delivered with his composure under pressure, and according to his agent Tony Rallis, is on course to bring his game to a loftier stage.

“Josh has had two enquiries from Russia and one from continental Europe,” Sydney-based Rallis revealed.

Advertisement
“But talk is cheap and we will see what eventuates.

“Josh has had many other enquiries but doesn’t have a European passport, so the enquiries (to this point) are filtered to only those three clubs.”

The lack of a European passport limits Risdon’s options, though countries like Holland, Belgium and Denmark - in addition to Russia - have more accommodating work permit regulations.

Van Marwijk has already hailed the attack-minded 25-year-old as one of his squad’s most improved players.

And after withstanding the best that France and Denmark could throw at him, the player who grew up in the back blocks of Bunbury, in Western Australia is on the rise in Russia, which might just become his new home in the way it once did for fellow Australia right-back Luke Wilkshire.

His ambitions to play in Europe burn brightly, with Risdon saying: “I’m on the biggest stage in world football at the moment and hopefully I can keep doing well.

“If something comes of it at the end, and it’s the right move for my career, it will be something I will definitely think about it.

“Europe would be amazing, I’ve always wanted to play there.

“I set a goal for myself to get back in the national team a few years ago and to play at this World Cup.

“Hopefully it’s a stepping stone for me to get over to Europe.”