Sydney FC defender Seb Ryall said there was no team the Sky Blues would rather play when they're trying to get out of a rut than Western Sydney Wanderers. 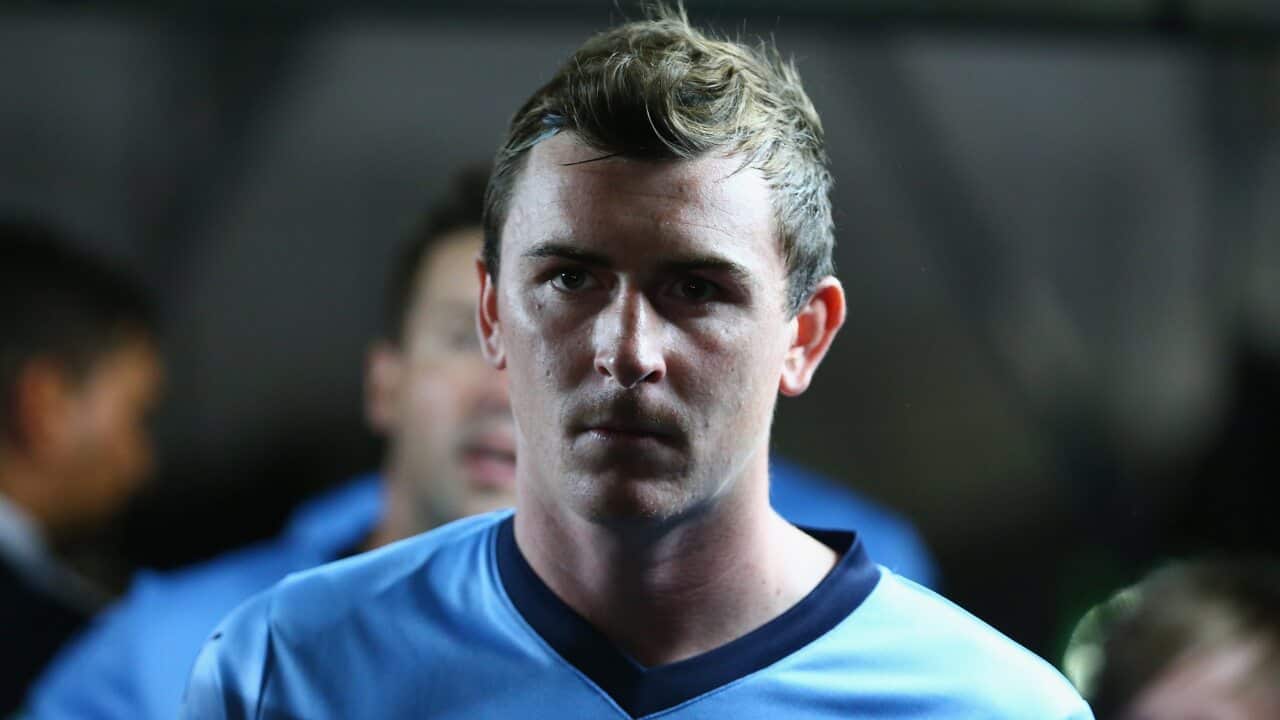 Not because they think victory is a formality or anything ridiculous like that in a Sydney derby, but because they know they will be "right up for the match" against their biggest opponents.

The Sky Blues need a spark after picking up just one point from their last four games and dropping to a dangerous sixth place and they are hoping to find it in what promises to be another fabulous cross-town clash at a sold-out Allianz Stadium.

"Our form lately hasn't been the best and we're definitely looking to bounce back in this match at home and there's probably no other team we'd want to be playing in the position that we're in than the Wanderers in a derby," Ryall told The World Game.

Advertisement
"It's always a great match, so full of passion, and both teams are going to be really determined to win.

"We're expecting a tough match. We haven't done well recently and Western Sydney are coming off the back of a pretty bad loss (5-2 against Wellington Phoenix), so both teams are going to be right up for the match and that's the sort of contest we want.

"We want to make amends for not getting a win in our last four games, so we're looking forward to getting out there and trying to do that."

Sydney have had a great run of recent results against Wanderers. They have won five of the last six clashes and the other one was a draw. Wanderers haven't beaten Sydney since January 11, 2014, at Pirtek Stadium, when the score was 1-0.

But in each of the two clashes earlier this season, which Sydney won 1-0 at home and 2-1 away, Wanderers played the better football. They just couldn't come up with the necessary goals.

Ryall said derbies were a law unto themselves and that neither team would assume anything going into this game.

"There are a lot of reasons you can go into to try to say why we've won the recent derbies," Ryall said. "The bottom line is that we love playing these games and especially beating the Wanderers, but they would feel the same way about beating us.

"They're a very good side. They've been the best team in the league this year and it was a surprise loss for them last week, but that's the nature of the A-League - every team is capable of winning on its day.

"The derby is always a tight match. It's always very close and we'll be wary of how good they are this season. It's going to be a fantastic match and we're going to have to be on our game, but training has been great this week so we're definitely ready.

"We've got to go into the match with a positive mindset and positive game plan and then it's a matter of executing that.

"This one is going to be at home and while it's still special winning a derby away from home it's always better winning at home in front of your home fans.

"We have to play well coming to the back end of the season and pushing for finals. We're going to be desperate to win for ourselves and our fans as well."

Sydney's win in the second derby of this season is also their most recent win in any game. Since then they have gone loss, loss, draw, loss.

Asked what the Sky Blues needed to improve on the most from last weekend's 2-1 loss at home to Perth Glory, Ryall replied: "I think we just need to get back to the basics and do the basic things right.

"Last weekend especially we didn't do the simple things right and little mistakes here and there can be costly in this league, so if we can get that right that's half the battle. The small margins will get us over the line, so we have to get ourselves right mentally and be up for the match."