Ryan concedes late as Genk held by Astra in UEL

Australia goalkeeper Mat Ryan played a full game as his Genk side drew 2-2 at Romanian outfit FC Astra in the first leg of their UEFA Europa League last-32 tie. 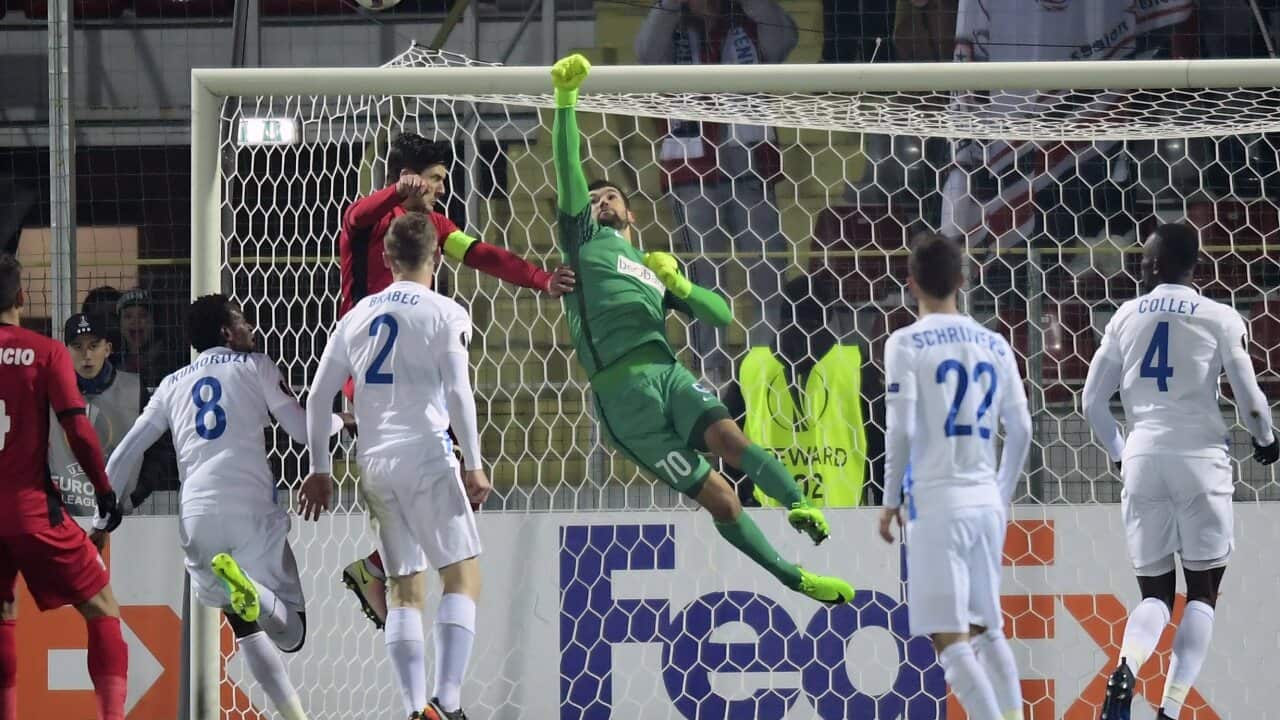 It could have been an even better night for Ryan, who is on loan at the Belgian side from LaLiga outfit Valencia, as his side led twice with Astra's second goal coming in the 90th minute.

Gent's opener on 25 minutes by Timoty Castagne was cancelled out by Constantin Budescu's effort just before half-time, but Leandro Trossard's 83rd-minute goal looked to have secured the visitors a valuable away win.

Takayuki Seto had other ideas though, netting past Ryan with time almost up to leave everything to play for in the second leg in Belgium.