Ryan determined to return to Valencia and fight for top spot

Mat Ryan has vowed to return to Valencia after the Confederations Cup and fight for the number one goalkeeping spot, declaring his time in Europe's big leagues is far from over. 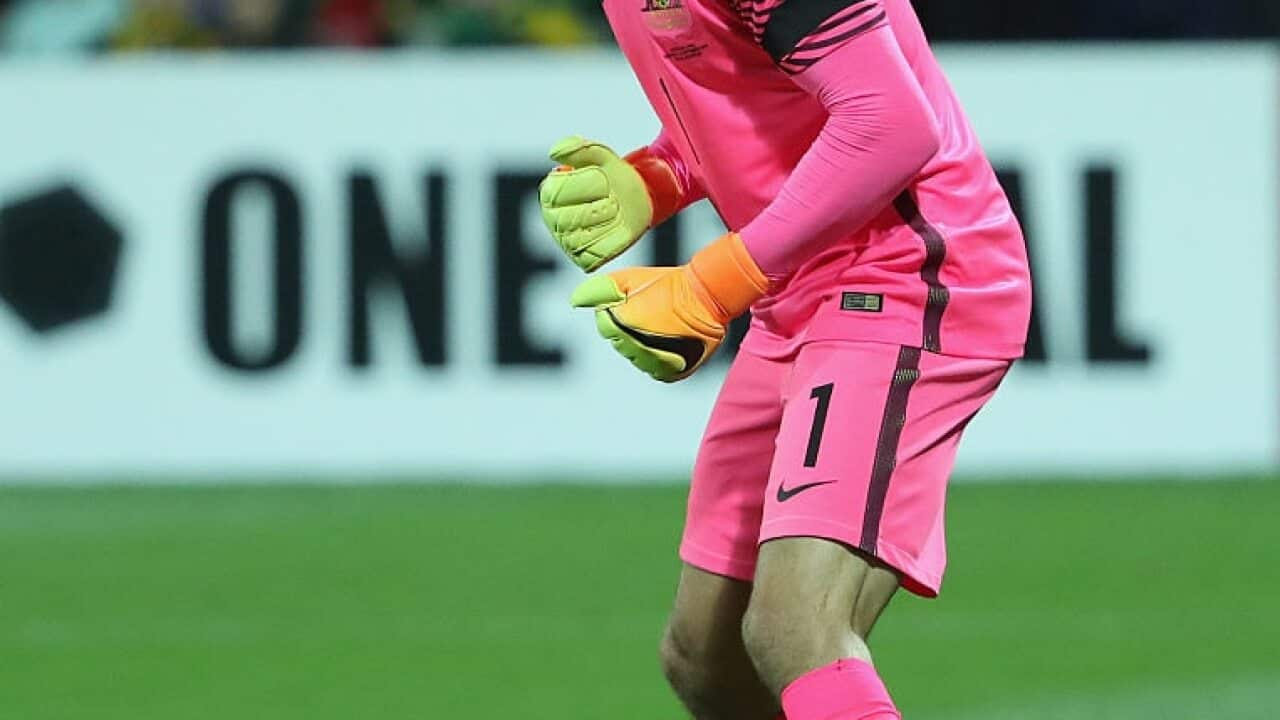 After a difficult period in Spain during which he fell down the pecking order at the La Liga club and wasn't getting game-time, Ryan's confidence is growing again as a result of his recent performances on loan to Belgian club Genk and with the Socceroos.

Ryan has helped Genk into the quarter-finals of the Europa League and after being dropped for Australia's 1-1 draw with Iraq in a World Cup qualifier last week he returned to the side and was a major contributor in the 2-0 win over UAE on Tuesday.

The 24-year-old said playing regular football again since his loan deal to Genk, which began in late January, was the start of the road back to something bigger for him.

Advertisement
"I'm just happy to be back out there enjoying my football again," Ryan told The World Game.

"As a footballer you want to be playing football and obviously I wasn't getting that in Valencia.

"I'm happy now to be in a better environment and playing week in and week out and I'm not really thinking too far ahead to be honest.

"But the fact is I have four years left on my contract at Valencia after this year and I'll go back and see what the situation is once the Confederations Cup is done and we'll cross that bridge when we come to it."

In his 10 appearances for Valencia, Ryan admits the first leg of the Copa Del Rey semi-final in February of last year, when he was practically helpless at the back as Barcelona's Luis Suarez and Lionel Messi put seven goals past him, was not his finest hour.

But the former Central Coast Mariners gloveman is determined to return to the La Liga club and prove his worth in one of the world's top leagues.

"I was quite content with the level I showed in the games that I played (for Valencia)," he said

"Maybe outside of the Valencia-Barcelona game, which was a nightmare for the whole club, but the goal is to excel in the top leagues around the world.

"I'm still a Valencia player, so that's the objective at the moment, or it will be the objective once my loan deal is finished at Genk, to go back there and I still want to excel at that club."

Ryan said his aim was to get back to being number one at Valencia.