Ryan makes the most of testing times at Valencia

Despite it having been a frustrating season for Maty Ryan in many ways, the Australia star said he had still learned things from his goalkeeping coach at Valencia that he "didn't think were even possible to learn". 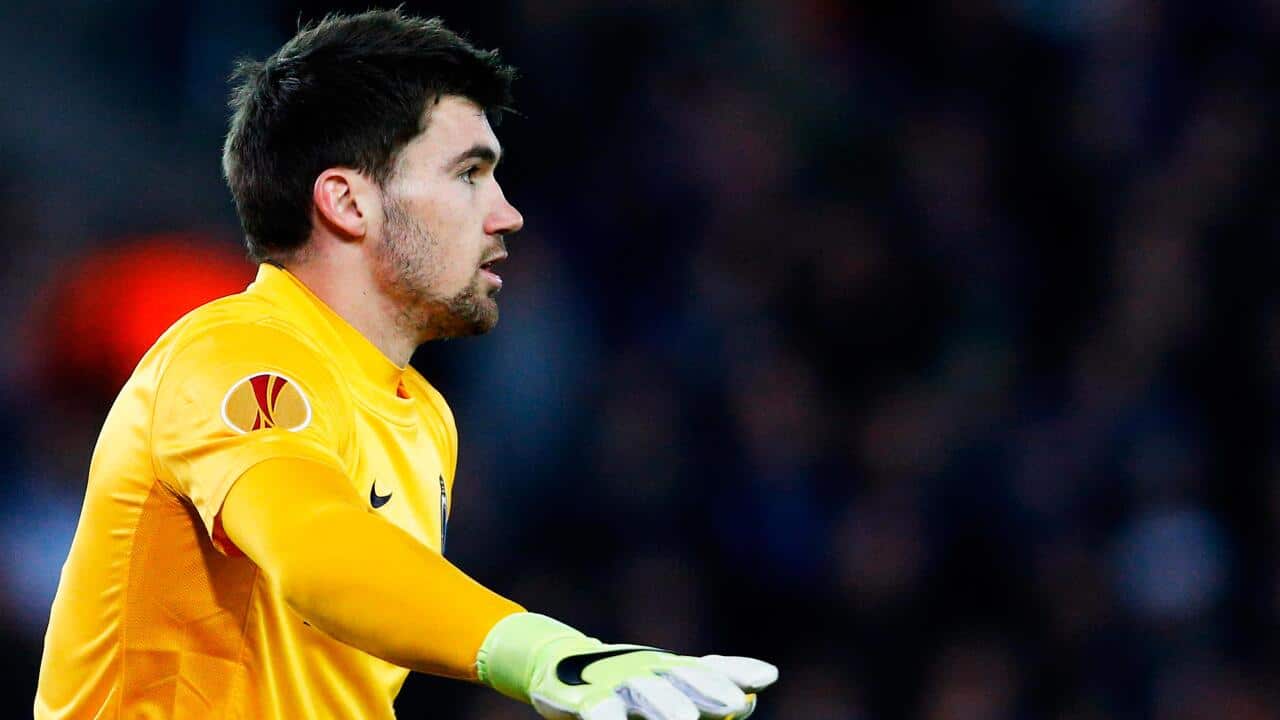 Valencia goalkeeping coach Jose Manuel Ochotorena also works with the Spanish national team and is renowned for his ability to develop players under his care.

Advertisement
Ryan began his first season with Valencia strongly, becoming first-choice keeper in the absence of the injured Diego Alves and performing well. But then Ryan was injured himself, tearing the meniscus in his knee and undergoing an operation.

The fit-again Alves resumed as first-choice custodian and Ryan has been battling to get past him, but the former Central Coast Mariners and Club Brugge star, who turned 24 on Friday, said he remained positive about the challenge and continued to work hard on his game.

"My goalkeeper coach at Valencia has worked with and continues to work with some of the best goalkeepers in the world in the same capacity with the Spanish national team and I've been learning things from him that I didn't think were even possible to learn," Ryan said.

"Different positional things and how to deal with all sorts of instances in games. He's very thorough in his critical analysis of a goalkeeper's play and I've discovered things this season that I'd never even thought of in the position.

"I'm just trying to stay positive and work hard and the most important thing is to continue to learn and improve. When I was out injured I tried not to think negatively and worked hard to get back to fitness.

"Now I'm in a situation where I've been in a bit of a battle for the position and I'll keep working hard and doing my best and see what happens."

Ryan said he could have gone one of two ways when the injury set him back after he had previously enjoyed a consistent rise through the A-League and then the Pro League in Belgium.

"You can either crumble or remain determined to get to where you want to go and I'd like to think I'm the strong one," he said.

"There are times when you're injured and not playing that you think to yourself 'what am I doing here', because it's frustrating when you're not getting the chance to showcase what you have to offer, but that's when you fall back on what you've learned.

"Other experienced players have given me advice and you hear and see how people handle setbacks. Add a bit of common sense to that and you realise you've just got to continue to work hard and take a year like this, for me, as a bit of an adaptive year so far.

"Hopefully I'll get some more games before the end of the season, but either way I'll continue to learn and improve and do my best."

Ryan is well aware of the old saying "what doesn't kill you makes you stronger".

"You often hear people say things like that when someone has a setback and it all makes sense," he said. "But it doesn't make going through the actual process any easier at the time. It has been tough, but I just try to learn from things and the people around me have been very supportive.

"Mile Sterjovski, from the old Mariners days, has given me great advice in the past and my agent is an ex-footballer as well.  The experienced players I talk to over time say the important thing is to learn from situations and at the end of the day that's all you can do."

Gary Neville was recently sacked as Valencia coach because of a lack of wins, replaced by Pako Ayestaran until the end of the season.