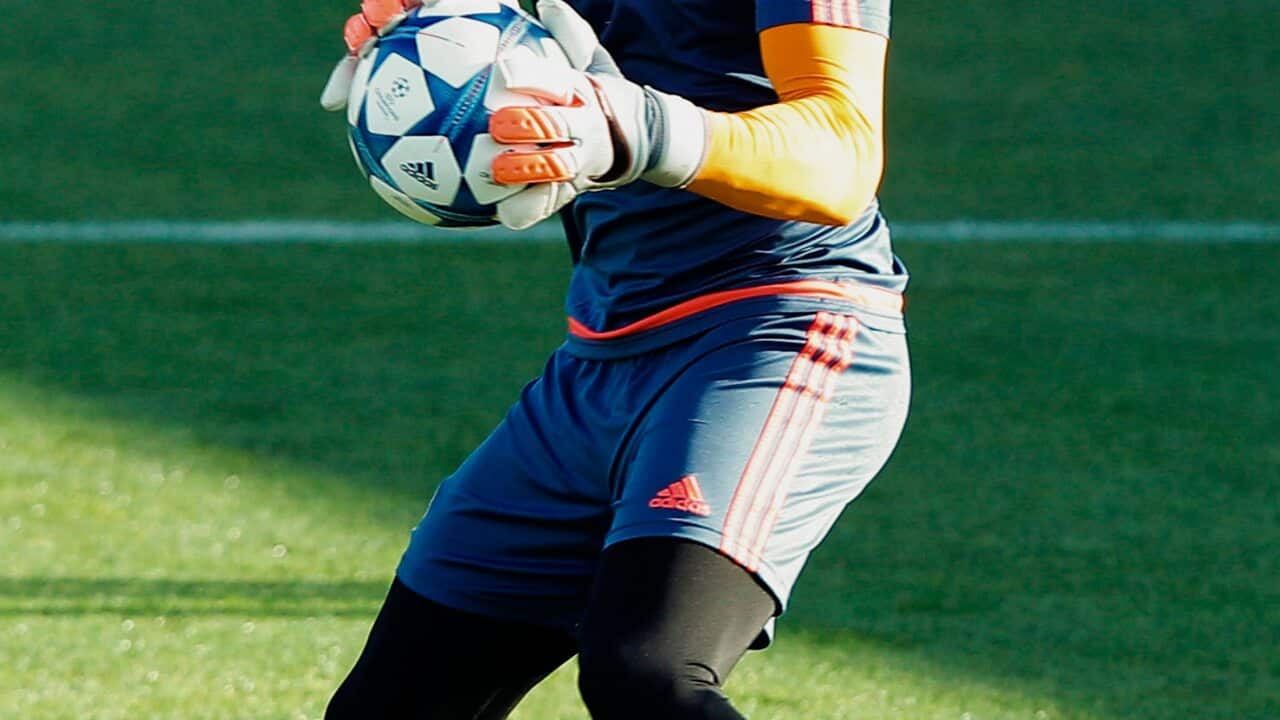 Mathew Ryan has a fight on his hands to be Valencia's No. 1 again this season Source: Getty Images

Recognising the most outstanding footballer under 23 from among those playing in the A-League and Australian’s based overseas, the Harry Kewell Medal has previously been won by the likes of Mitch Langerak and Robbie Kruse, with Socceroos legends Tim Cahill and Mark Schwarzer having been recipients of the Footballer of the Year award.

Voted on by all of the PFA’s male members, Ryan enjoyed a stellar 2014-2015 season with the shot stopper starring in the Asian Cup triumph, where he was voted as the goalkeeper of the tournament and being named as the Belgian Pro League Goalkeeper of the Year.

Advertisement
Upon receiving the award from PFA President Matt McKay, Ryan said he was honoured to be the recipient of both awards.

“This caps off the past 12 months and what a 12 months it has been,” said Ryan. “To receive an award like this, which is voted by your colleagues is very humbling.

“You play football to represent your country at the highest level. The moment when Mile lifted the Asian Cup was very close to the best moment in my career.

“I am eager to do everything I can to be successful with the Socceroos and Valencia.

“I would like to thank all of the PFA’s members who voted for me.”

“On behalf of all our members I would like congratulate Mat,” said McKay. “The 2014-2015 season was an historic one for Australian football and Mat played a huge role in this.”

The award comes at a difficult time for Ryan who was on the bench for Valencia's last two matches, with new boss Gary Neville seeming to favour the in-form Jaume Doménech.