Ryan wanted to stay in Spain, but moved for game-time

Australia shot stopper Mat Ryan hopes his loan move to Belgian club Genk will provide the game time he craves after long stints on the sideline during his time at Valencia. 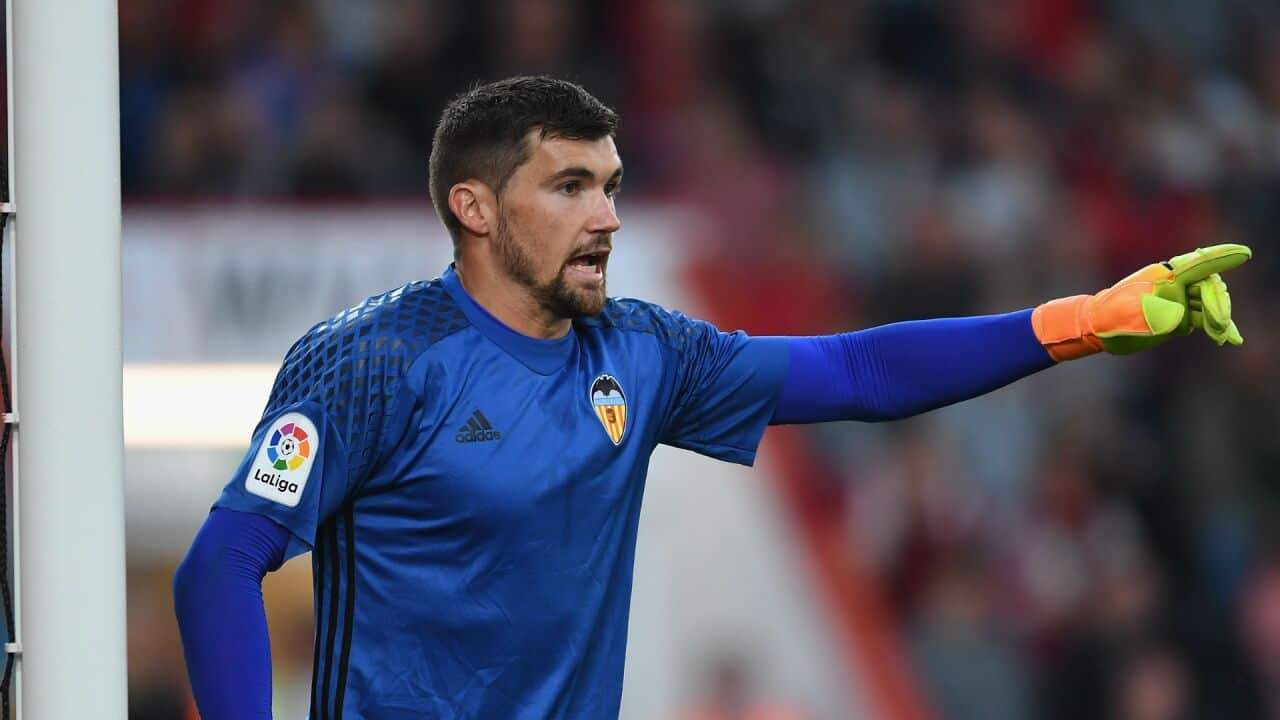 Ryan joined Jupiler Pro League side Genk on a six month loan from Spainish strugglers Valencia after falling to third in the goal keeping pecking order at the La Liga side.

Speaking for the first time since the move, Ryan said time on the pitch was the most important thing for him leading up to Australia's Confederations Cup campaign in June.

"Game time is what every footballer wants in their career and unfortunately I wasn’t getting enough of it at Valencia,' he said.

Advertisement
"Being a big couple of years coming up for my career, both personally and with the national team, it was necessary to go out in search of more game time.

"Thankfully the opportunity arose at Genk."

Ryan's return to Belgium comes only 18 months after he finished a successful two year stint with Club Brugge which included winning the league's goal keeper of the year award in 2014.

The 24-year-old said he chose Genk after advice from Socceroos coach Ange Postecoglou after he was denied a stay in Spain.

"I have regular contact with the national team coach and he is always publicly saying how it’s very important that his players are playing regularly for their club teams.

"Anderlecht had some interest in the beginning and there was interest from a few teams in Spain. I would’ve liked to have stayed in Spain but unfortunately Valenica saw those clubs as rivals and were reluctant to let me go there.

"When it came to my playing future I spoke to him (Postecoglou) about a few of my options and also spoke to my agent and of course my family.

"However, in the end Genk was the best fit for me and I really want to do my best and help the club achieve success."

A 1-0 loss to Oostende in the Belgian Cup semi-final wasn't an ideal start for Ryan at his new club, but the former Central Coast Mariners player is determined to get back to his best.

"I had one day training with the team and then the game last night," Ryan said.

"As a team we are unhappy with the result but I did the best that I could and hopefully I can build on that performance.

"Hopefully with regular training and getting to know the playing group I will be able to increase my level of performance."