Sagan and Kelderman to share leadership at Tour de France

Peter Sagan and Wilco Kelderman will lead BORA-Hansgrohe at the Tour de France, while sprinter Pascal Ackermann has missed out on the final selection. 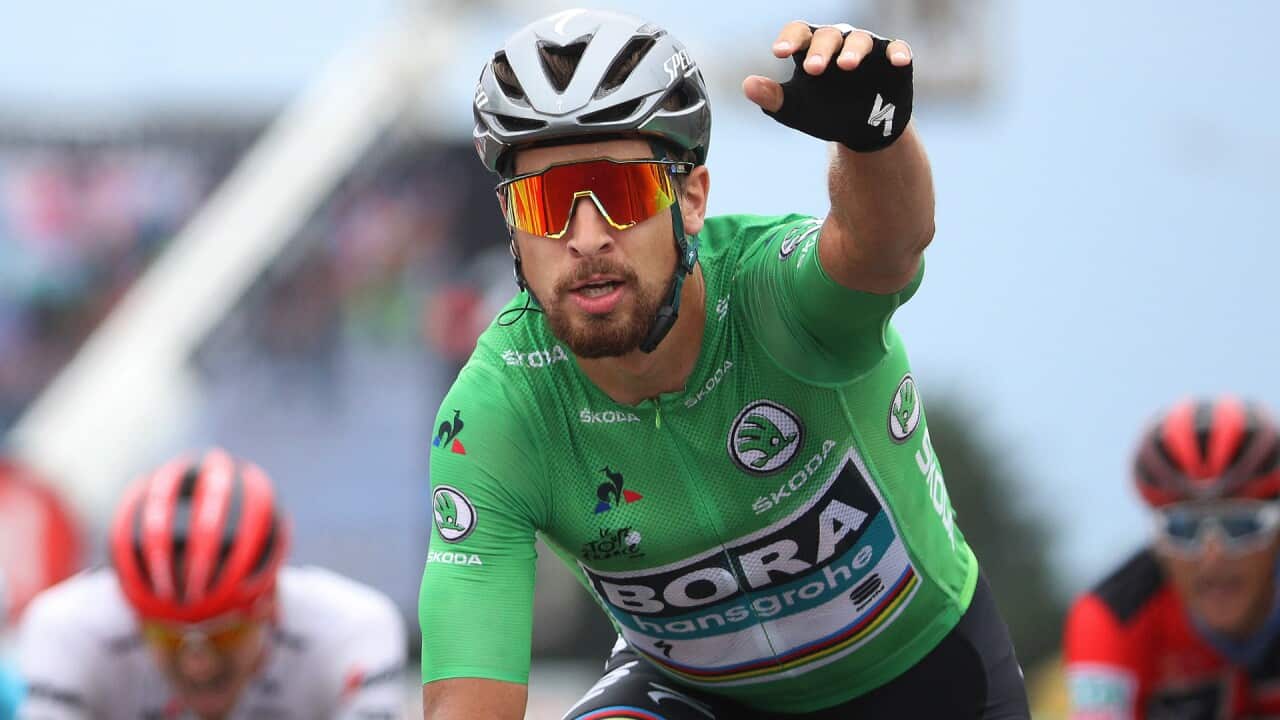 It will be a case of Peter Sagan chasing the green jersey for his eighth victory in the points classification while Kelderman lines up his own shot at yellow in the French Grand Tour.

The German team have announced their eight-man line-up, with Emanuel Buchmann, who finished fourth in the Tour de France in 2019, set to back up Kelderman in the GC battle after his abandonment from the Giro d'Italia.

Advertisement
"This year it was not an easy decision by any means," said Denk. "Emu (Buchmann) became an option only last week and we also thought about bringing two sprinters with Ackermann and Sagan. Ultimately, we believed that Pascal is not at the necessary level to make a successful Tour premiere and therefore he didn’t make it into the squad."

READ MORE
Sagan hits back at Bora team manager ahead of Tour of Flanders
Unexpected mistakes the only way to beat Ineos and Movistar in the mountains, says Kelderman

Kelderman finished on the podium at the Giro d'Italia in 2020 and fourth at the Vuelta a España in 2017 but hasn't finished high in the fight for the yellow jersey in the past. He joined Bora-Hansgrohe from Team DSM in 2021 and he has had a good start with the squad, placing fifth at Volta a Catalunya, tenth at the Tour de Romandie, and fourth at the Critérium du Dauphiné.

"Our goals are a stage win and a top-five in the final GC," said Denk. "Of course, we also have the green jersey in our sights, but it will be a tough battle. With those goals in mind, our leaders will be Wilco for GC and Peter for the sprints and undulating stages. At his side will be Daniel Oss yet again."

While Kelderman is a quality rider, he doesn't have the palmares of the likes of Tadej Pogačar (UAE Team Emirates), Primož Roglič (Jumbo-Visma) or the collection of INEOS Grenadiers stars, which has seen the BORA-hansgrohe squad take a broader approach, with Buchmann and Konrad set to receive opportunities in the mountains with Schelling an exciting prospect in the intermediate stages.

"Regarding Emu, I have already stated that he will be free to take his chances if the moment comes, however, Patrick will also receive his own opportunities," said Denk. "Of course, he will be important to Wilco in the mountains. Overall, we want to ride offensively at the Tour and with Nils, Lukas and Ide we have riders who can do well on almost all terrain, yet also have the class to take a stage from a break.

"I am very happy that one of our young guns, Ide, who only turned pro with us last year, is already lining up for the Tour. He has developed really well over the last month and put himself into that position with strong results."