Australia's central defender Trent Sainsbury has paid tribute to Ange Postecoglou, describing the Socceroos coach as a master motivator and the perfect man to drag a team out of a crisis. 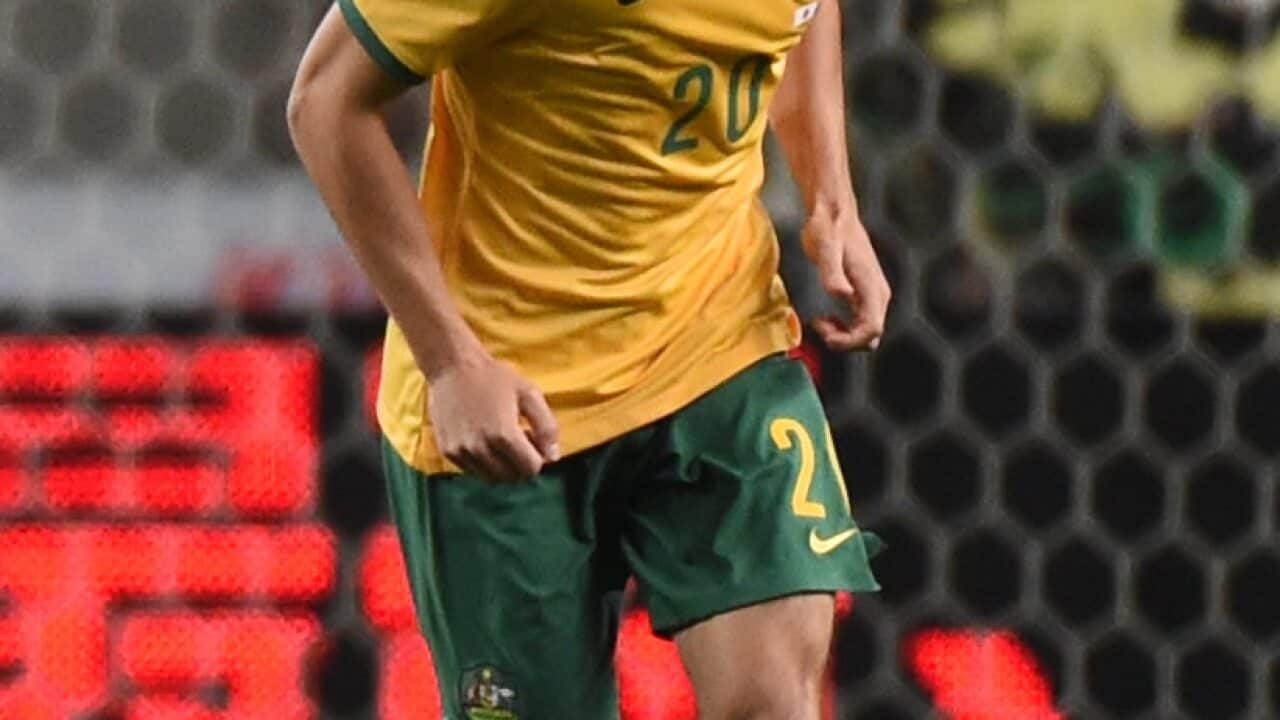 Sainsbury, who earned his 13th cap when he played for Australia in the 2018 FIFA World Cup qualifier against Kyrgyzstan in Canberra, is recovering from a bout of flu that kept him out of his club PEC Zwolle's 5-0 win at Roda JC Kerkrade on Sunday.

Sainsbury has worked very little with Postecoglou but has had enough time to observe the methods of a man with the big job of making the Socceroos a strong team capable of taking on the best.

Advertisement
"As you can imagine Ange wasn't happy with our defeat in Jordan," Sainsbury said.

"He fed us some harsh realities and really demanded more of the players and himself.

"He said after the 2-0 defeat that everything we do for the next camp must be done with 100 per cent conviction from the littlest detail like skin folds and hydration to the big things like intensity at training.

"It paid off and it gave the boys that little extra motivation and hunger to prove not only to the public but to ourselves that we are the real deal.

"He was calmer after that game we lost to Korea Republic (in the group stages of the 2015 AFC Asian Cup) because I believe we could not have done much more besides score in that game.

"Against Jordan it didn't look as if we wanted it more than them. Our performance didn't resemble what we want to be known as and that's being Australian which translates into a never-say-die attitude and playing our game and not caring who we are facing.

"Ange is very good at pinpointing the message needed for different occasions and drive it home until you want to run through walls.

"It all boils down to what Ange always tells us ... if the game you have just played in was to be the last for your country how would you want to be remembered after that performance?"

Sainsbury, who left Central Coast after helping the Mariners win their first A-League championship in 2013, has established himself in the Netherlands and in the Socceroos team.

He said he is happy to have Postecoglou as his national coach because the decorated mentor is the perfect man to give him the kick in the backside he sometimes needs.

"I'm a very relaxed person so to have a winner like Ange who gives me a kick up the bum when I need it is good," he explained.

Australia are leading qualifying Group B with a two-point advantage over Jordan, who surprisingly lost 1-0 to Kyrgyzstan on the same day the Socceroos thrashed Bangladesh 4-0.

But Sainsbury does not believe the current group situation has released any pressure on the Socceroos.

"If we start taking our foot off the gas we start slipping back into old habits," Sainsbury warned.

"No game for Australia is less important than others just because of points or opponent.

"We must approach each game with the same winning mentality and apply the same pressure no matter the circumstances."

Sainsbury became ill in Singapore, a day before the team flew to Dhaka for the match against Bangladesh, in which he did not play, but he hopes to recover in time to be selected in Zwolle's big match against Ajax in the Eredivisie on Monday, 30 November (AEDT).

"I wasn't feeling 100 per cent leaving Singapore, but after the game in Dhaka, travelling home it hit hardest. Having eight flights plus training and games and having to listen to Massimo Luongo as a roommate have taken their toll on my health," he quipped.