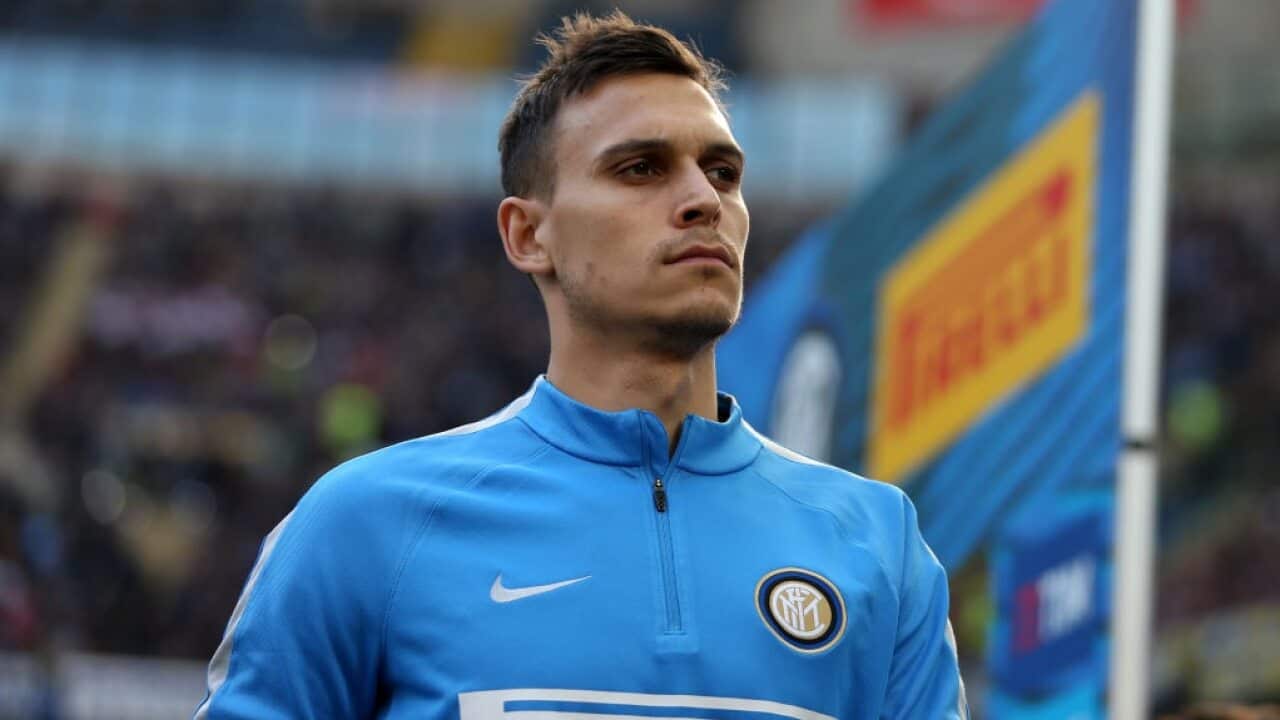 According to BeIN Sports, The 25-year-old is set to make a return to the A-League after spending the last four years abroad including stints with Eredivisie club PEC Zwolle, Chinese Super League outfit Jiangsu Suning and a six month loan at Serie A giants Inter Milan.

The report claimed Sainsbury's decision to move back to Australia comes with an eye to maintain match-fitness ahead of the upcoming FIFA World Cup in June.

The move would also reunite Sainsbury with Sky Blue coach, and father-in-law, Graham Arnold for the first time since the pair won the league title with the Central Coast Mariners in 2013, and a little over a week after Sainsbury married Arnold's daughter Elissa.

On Thursday Sainsbury thanked the club for allowing him to "watch training", while the club’s physio had helped him during his recovery from surgery.

“Big thanks to Sydney FC for allowing me to come watch training and to their physio Elias for taking care of me during my return to fitness after surgery,” Sainsbury tweeted.

“I’ve worked with many top physio’s (sic) in my time; he’s easily one of the best and most professional. Top bloke #thanks.”

The defender has been in Australia since the end of the Chinese Super League season as he recovered from long awaited surgery to repair a niggling injury.

A move for Sainsbury could help ease a major selection headache for Arnold ahead of Sydney FC's Asian Champions League Campaign with one of Jordy Buijs, Milos Ninkovic, Adrian Mierzejewski and Bobo forced to miss out due to the AFC's strict 3+1 limit on import players.

The Socceroos star would allow Arnold to omit Buijs from his ACL squad rather than dropping one of his attacking stars.